A vampire returns from the grave to torment his twin brother. 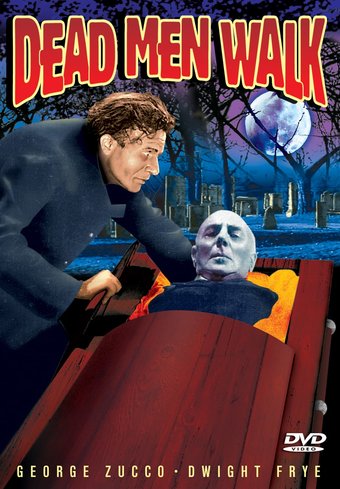 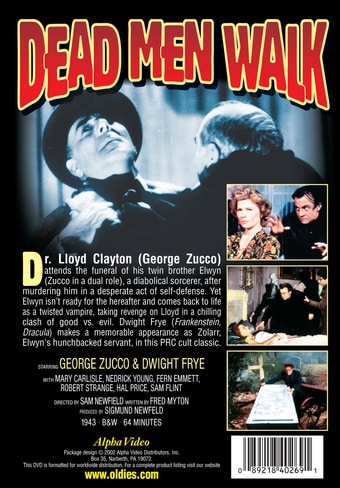 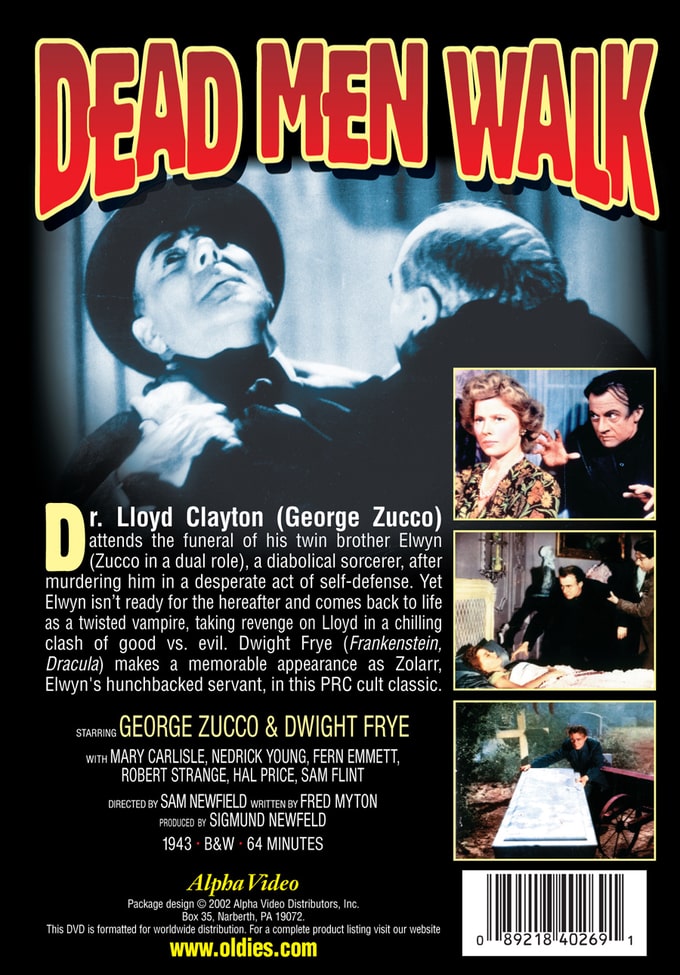 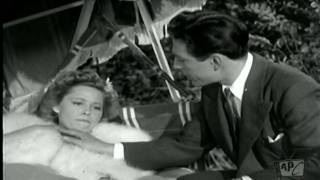 Dr. Lloyd Clayton (George Zucco) attends the funeral of his twin brother Elwyn (Zucco in a dual role), a diabolical sorcerer, after murdering him in a desperate act of self-defense. Yet Elwyn isn't ready for the hereafter and comes back to life as a twisted vampire, taking revenge on Lloyd in a chilling clash of good vs. evil. Dwight Frye (Frankenstein, Dracula) makes a memorable appearance as Zolarr, Elwyn's hunchbacked servant, in this PRC cult classic.

A dismembered head tells a strange tale: a good man's brother is an evil vampire (both played by George Zucco). Dwight Frye plays a psychotic henchmen.

Customer Rating:
Based on 1797 ratings.


Horror fans are well aquainted with Dwight Frye's memorable performance as Renfield in the 1931 version of "Dracula". He had roles in many other classic Universal horror pictures as well. If you find yourself wishing that Frye had done more work in this genre before his untimely death in 1943, your wish comes true in "Dead Men Walk". Released just 8 months before his death from a heart attack, this film is far above average for a PRC release, with a strong screenplay and Zucco and Frye at the peak of their careers. This obscure film is a treasure for classic horror fans. Don't miss it!


Good thriller from PRC. Usually I prefer Zucco when paired with someone like Lugosi but in this film he plays it well all by himself. He's a respected physician who's haunted by the eerie presence of his dead vampire brother. Murders start popping up and you know who's been doing them! Zucco tries to save the village from his mad sibling and his crazed assistant Dwight Frye. Nice performances by young supporting players too.


I enjoyed this little "B" horror movie produced by PRC in the middle of WWII. The tight little script makes excellent use of George Zucco's aristocratic demeanor. He has a good dual role here, that of an honest doctor trying to outwit his evil zombie/vampire brother. The sets, when you can see them, look extravagant for PRC studios - they were in the middle of Hollywood's Poverty Row. In typical PRC fashion, many of the night scenes are dark and murky, and the sound track is a little noisy. But over all, this was a pleasant hour long diversion.