For the first time - the lost color episodes of the classic British action series about the legendary Knight of The Round Table! 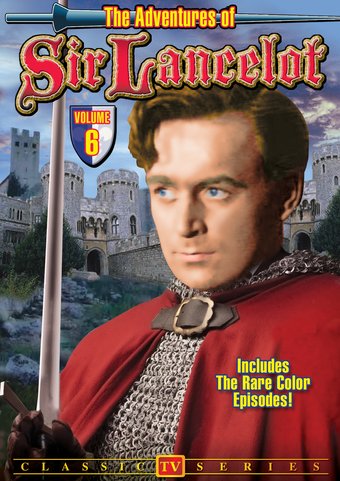 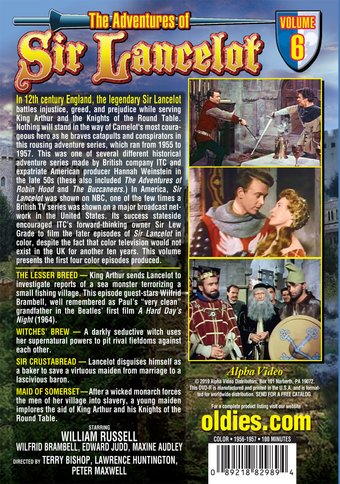 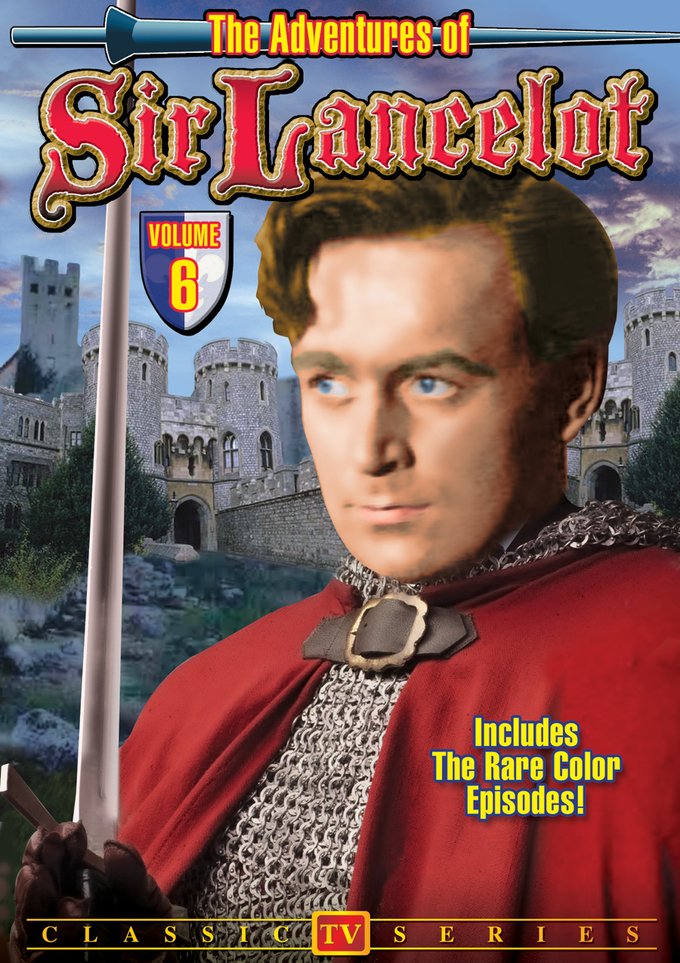 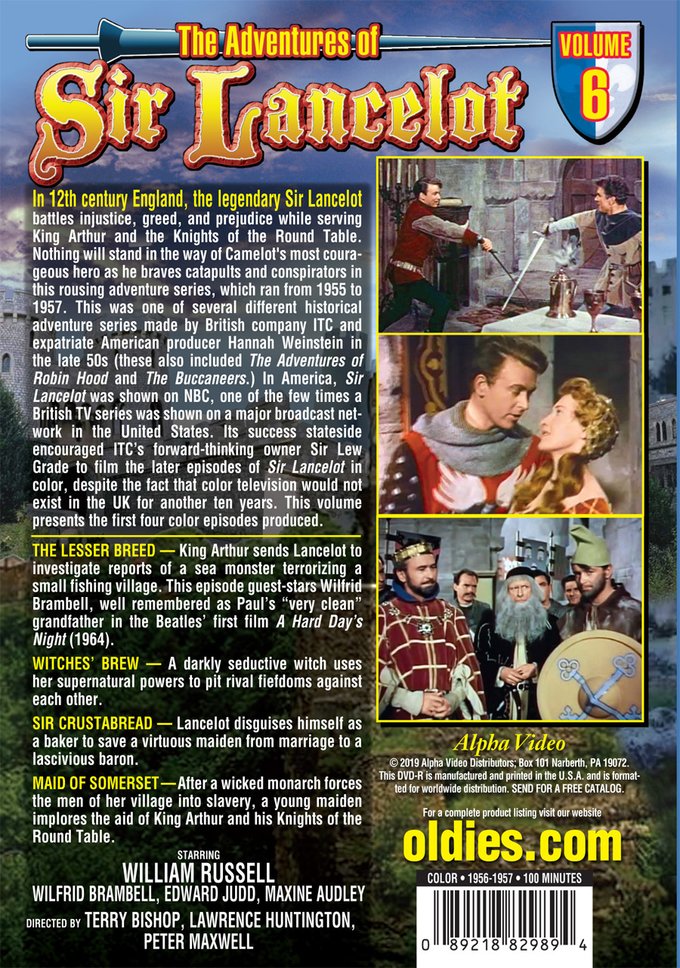 In 12th century England, the legendary Sir Lancelot battles injustice, greed, and prejudice while serving King Arthur and the Knights of the Round Table. Nothing will stand in the way of Camelot's most courageous hero as he braves catapults and conspirators in this rousing adventure series, which ran from 1955 to 1957. This was one of several different historical adventure series made by British company ITC and expatriate American producer Hannah Weinstein in the late 50s (these also included The Adventures of Robin Hood and The Buccaneers.) In America, Sir Lancelot was shown on NBC, one of the few times a British TV series was shown on a major broadcast network in the United States. Its success stateside encouraged ITC's forward-thinking owner Sir Lew Grade to film the later episodes of Sir Lancelot in color, despite the fact that color television would not exist in the UK for another ten years. This volume presents the first four color episodes produced.

WITCHES' BREW: A darkly seductive witch uses her supernatural powers to pit rival fiefdoms against each other.

SIR CRUSTABREAD: Lancelot disguises himself as a baker to save a virtuous maiden from marriage to a lascivious baron.

MAID OF SOMERSET: After a wicked monarch forces the men of her village into slavery, a young maiden implores the aid of King Arthur and his Knights of the Round Table.