Sergeant Preston of the Yukon

Sergeant Frank Preston of the Royal Canadian Mounties and his wonder dog Yukon King set out on thrilling adventures in this fondly-remembered 50s TV series. 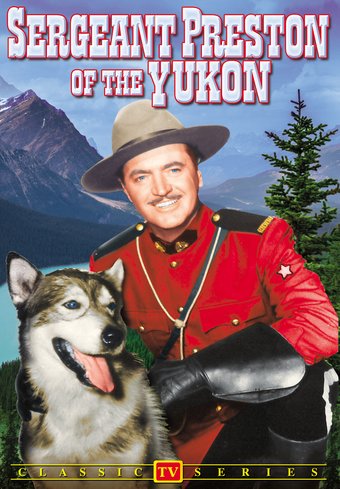 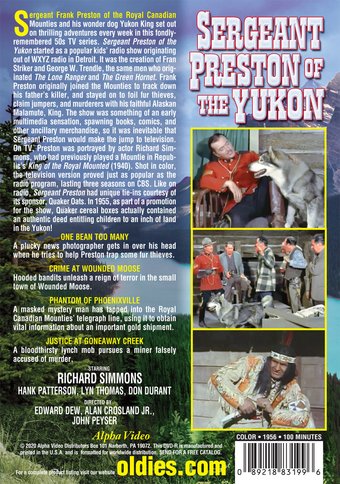 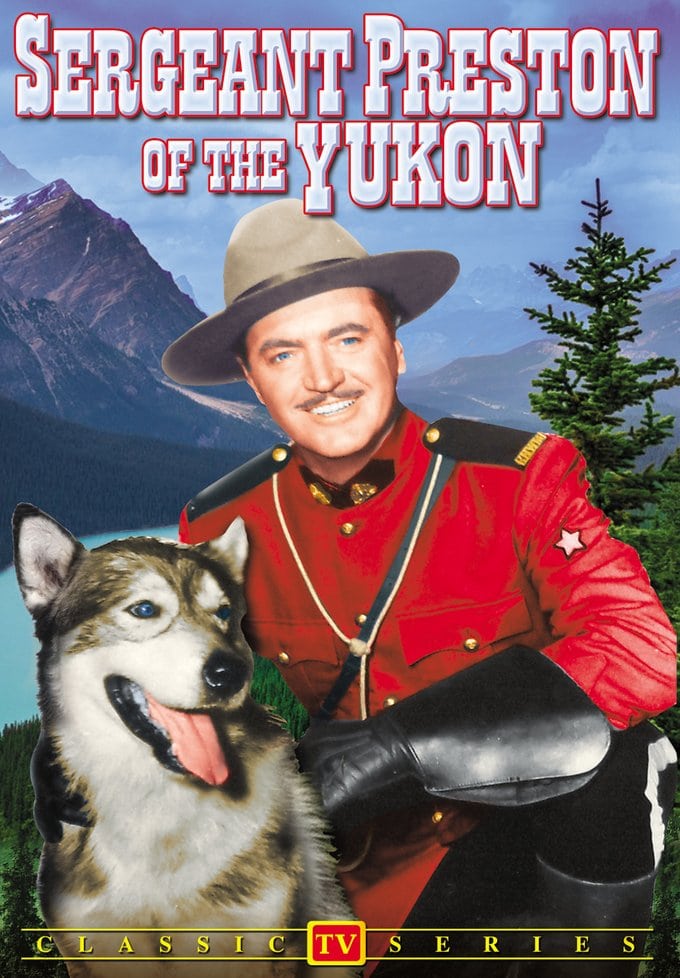 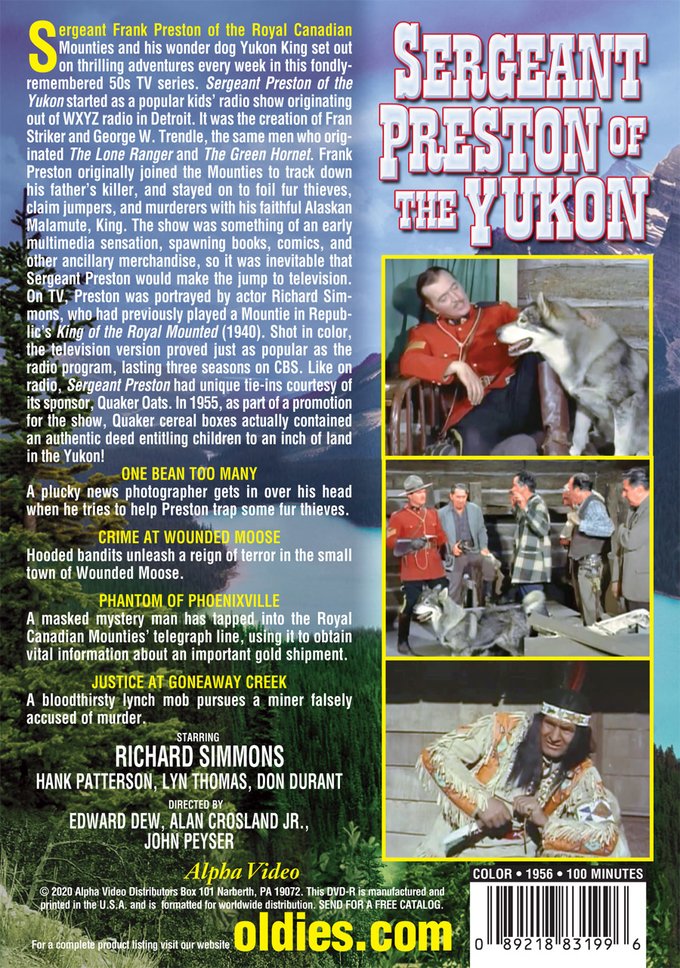 Sergeant Frank Preston of the Royal Canadian Mounties and his wonder dog Yukon King set out on thrilling adventures every week in this fondly-remembered 50s TV series. Sergeant Preston of the Yukon started as a popular kids' radio show originating out of WXYZ radio in Detroit. It was the creation of Fran Striker and George W. Trendle, the same men who originated The Lone Ranger and The Green Hornet. Frank Preston originally joined the Mounties to track down his father's killer, and stayed on to foil fur thieves, claim jumpers, and murderers with his faithful Alaskan Malamute, King. The show was something of an early multimedia sensation, spawning books, comics, and other ancillary merchandise, so it was inevitable that Sergeant Preston would make the jump to television. On TV, Preston was portrayed by actor Richard Simmons, who had previously played a Mountie in Republic's King of the Royal Mounted (1940). Shot in color, the television version proved just as popular as the radio program, lasting three seasons on CBS. Like on radio, Sergeant Preston had unique tie-ins courtesy of its sponsor, Quaker Oats. In 1955, as part of a promotion for the show, Quaker cereal boxes actually contained an authentic deed entitling children to an inch of land in the Yukon!

ONE BEAN TOO MANY: A plucky news photographer gets in over his head when he tries to help Preston trap some fur thieves.

CRIME AT WOUNDED MOOSE: Hooded bandits unleash a reign of terror in the small town of Wounded Moose.

PHANTOM OF PHOENIXVILLE: A masked mystery man has tapped into the Royal Canadian Mounties' telegraph line, using it to obtain vital information about an important gold shipment.