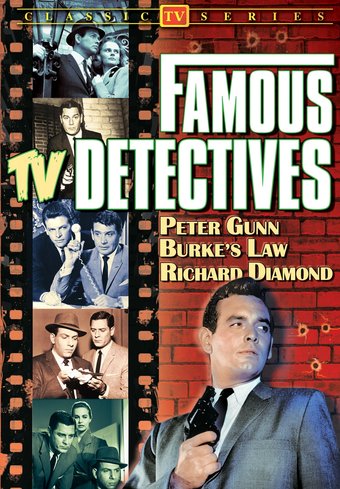 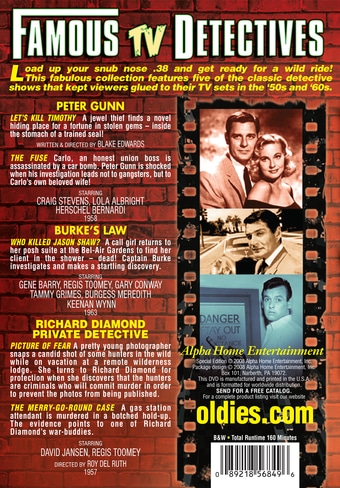 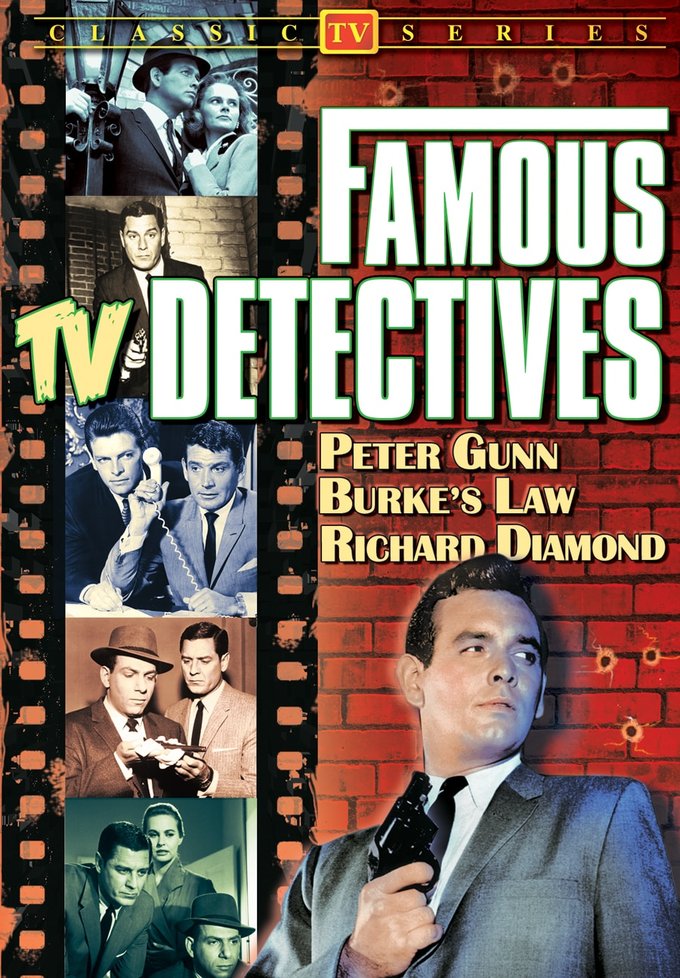 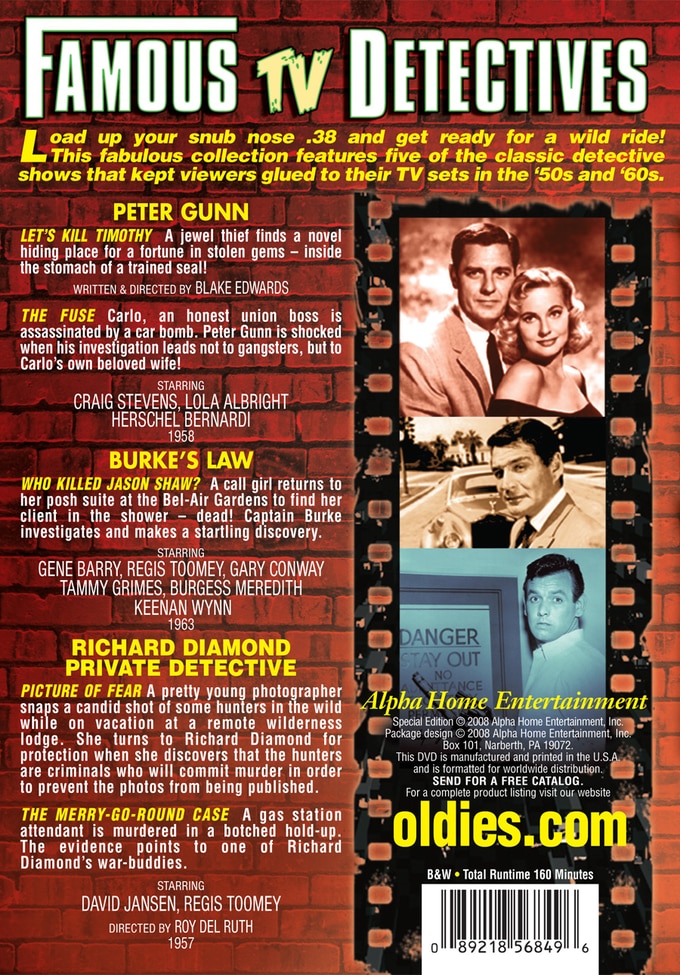 Load up your snub nose .38 and get ready for a wild ride! This fabulous collection features five of the classic detective shows that kept viewers glued to their TV sets in the '50s and '60s.

Peter Gunn - Let's Kill Timothy: A jewel thief finds a novel hiding place for a fortune in stolen gems - inside the stomach of a trained seal! Written & Directed by Blake Edwards.

Peter Gunn - The Fuse : Carlo, an honest union boss is assassinated by a car bomb. Peter Gunn is shocked when his investigation leads not to gangsters, but to Carlo's own beloved wife!

Richard Diamond Private Detective - Picture Of Fear: A pretty young photographer snaps a candid shot of some hunters in the wild while on vacation at a remote wilderness lodge. She turns to Richard Diamond for protection when she discovers that the hunters are criminals who will commit murder in order to prevent the photos from being published.

Richard Diamond Private Detective - The Merry-Go-Round Case: A gas station attendant is murdered in a botched hold-up. The evidence points to one of Richard Diamond's war-buddies.