Clutch Cargo rockets into action with his pals Spinner and Paddlefoot in 4 episodes of this fondly remembered '50s cartoon classic. 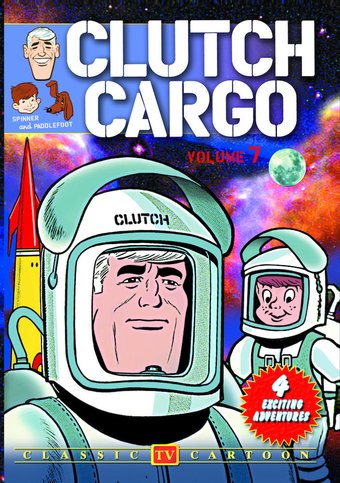 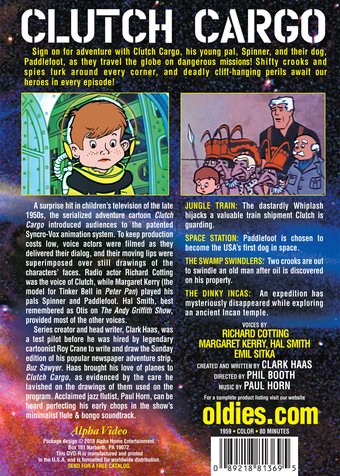 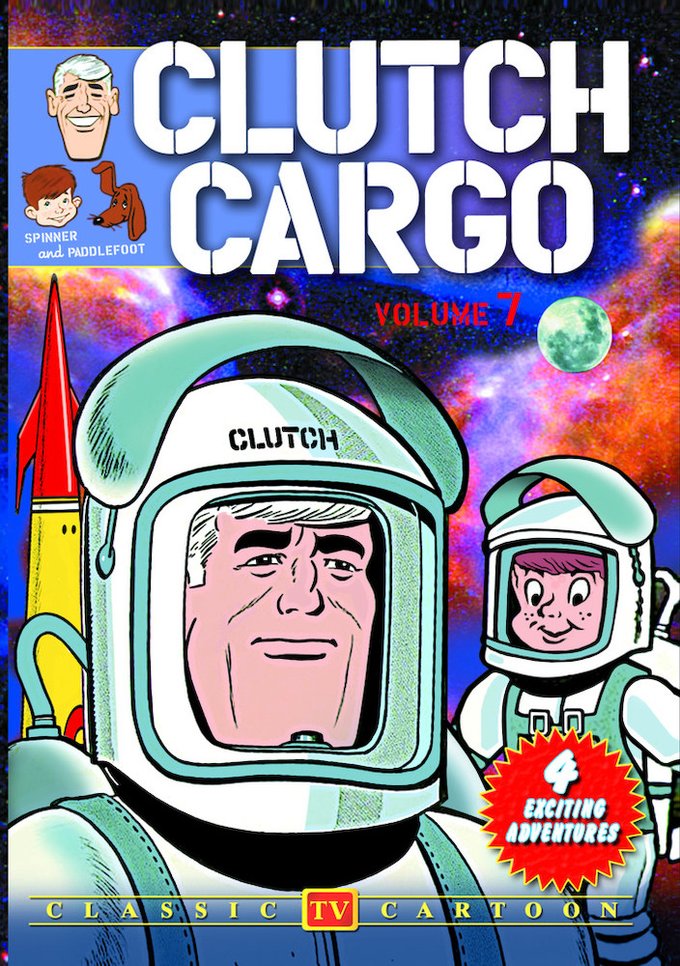 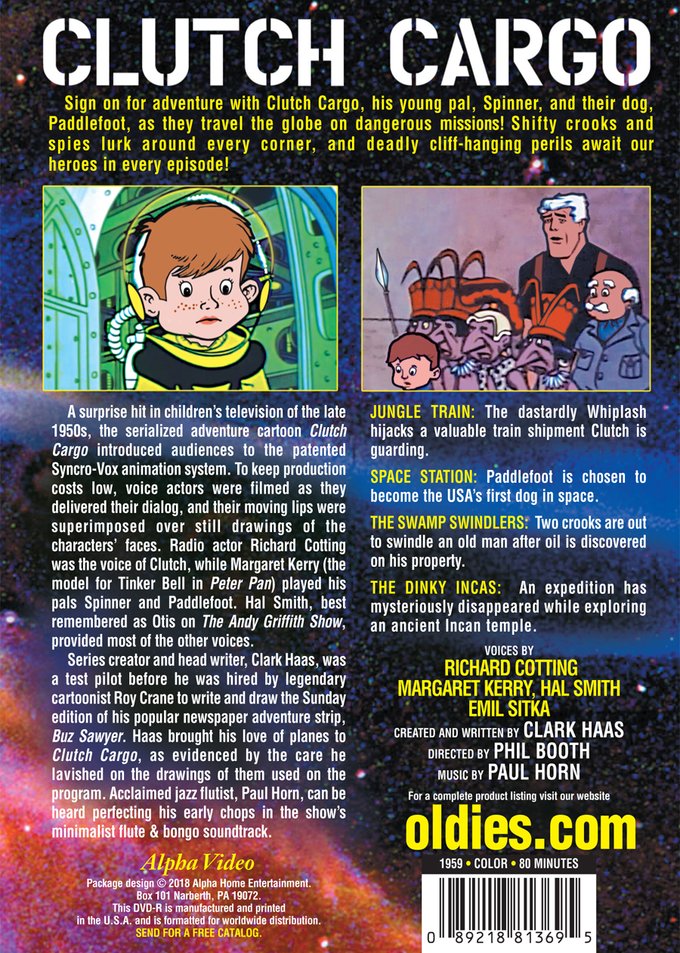 SPACE STATION: Paddlefoot is chosen to become the USA's first dog in space.

THE SWAMP SWINDLERS: Two crooks are out to swindle an old man after oil is discovered on his property.

THE DINKY INCAS: An expedition has mysteriously disappeared while exploring an ancient Incan temple.