Clutch Cargo races into action with pals Spinner and Paddlefoot in 4 episodes of this fondly remembered '50s cartoon classic, all using the unique "Synchro-Vox" animation process. 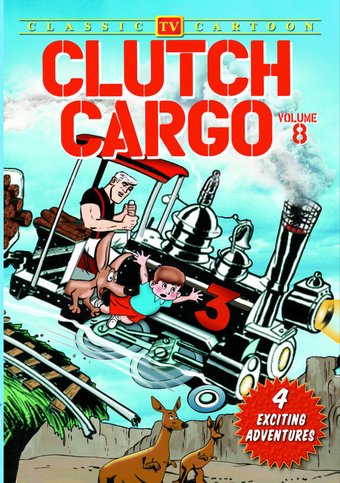 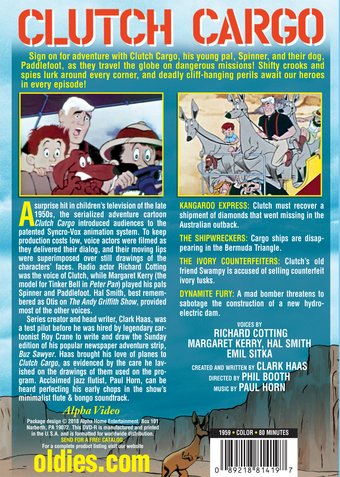 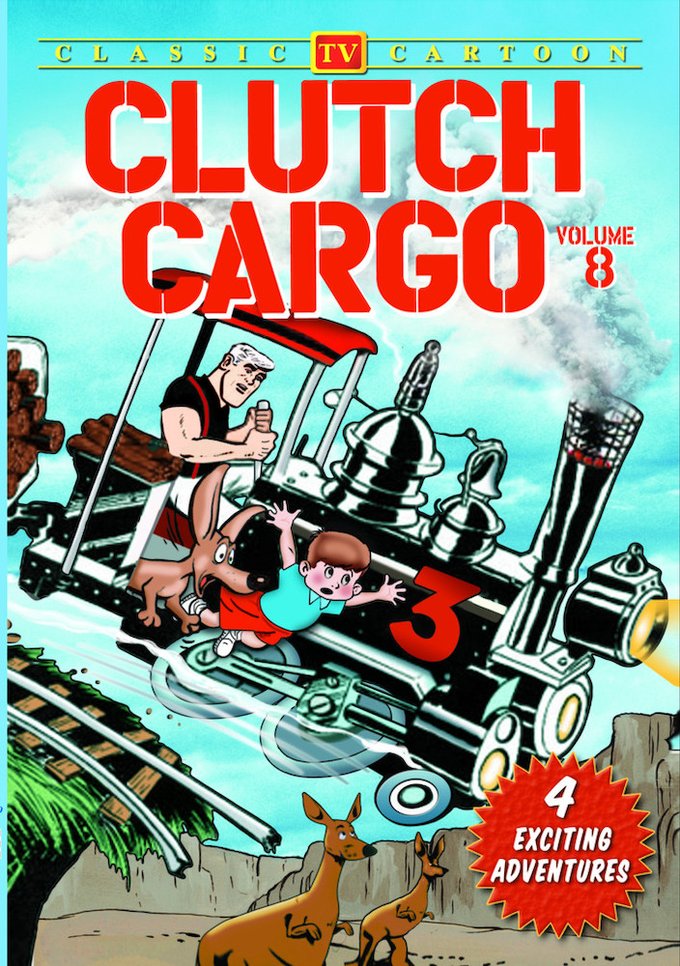 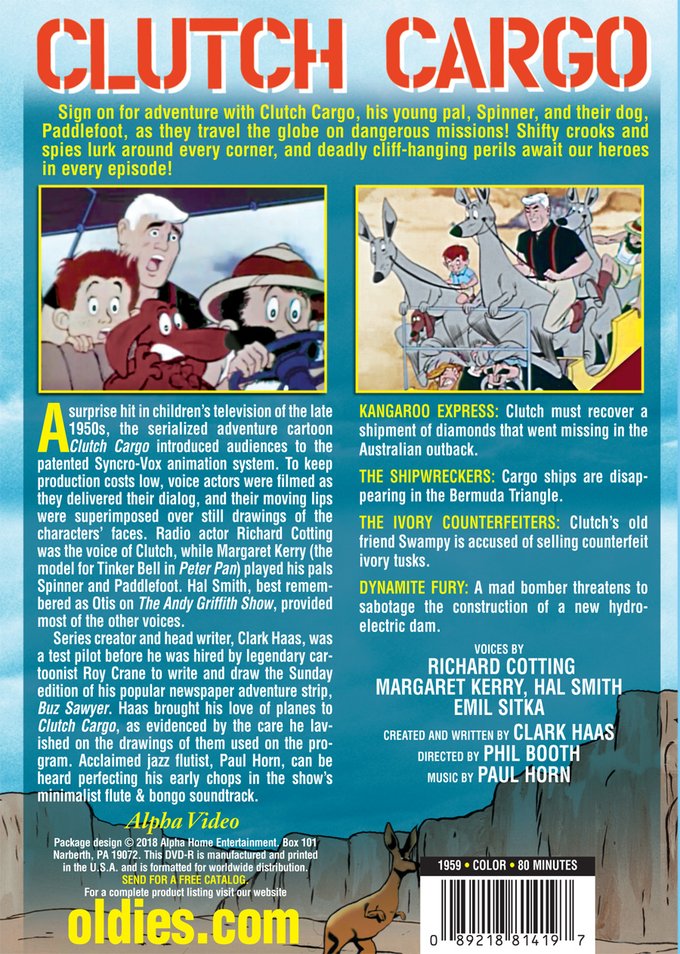 KANGAROO EXPRESS: Clutch must recover a shipment of diamonds that went missing in the Australian outback.

THE SHIPWRECKERS: Cargo ships are disappearing in the Bermuda Triangle.

DYNAMITE FURY: A mad bomber threatens to sabotage the construction of a new hydroelectric dam.