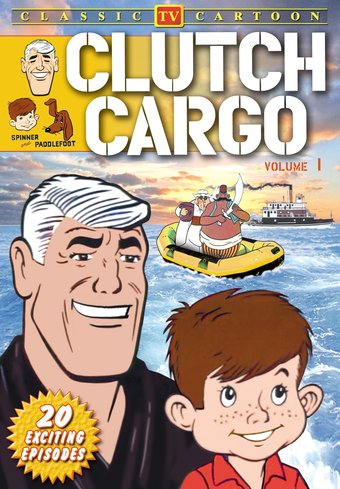 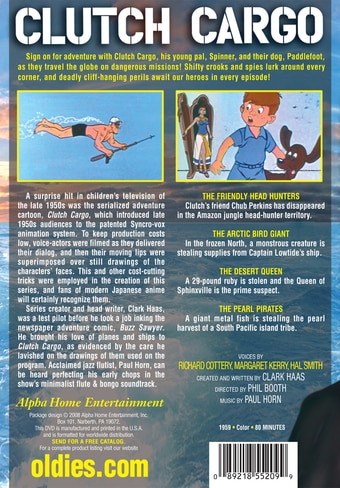 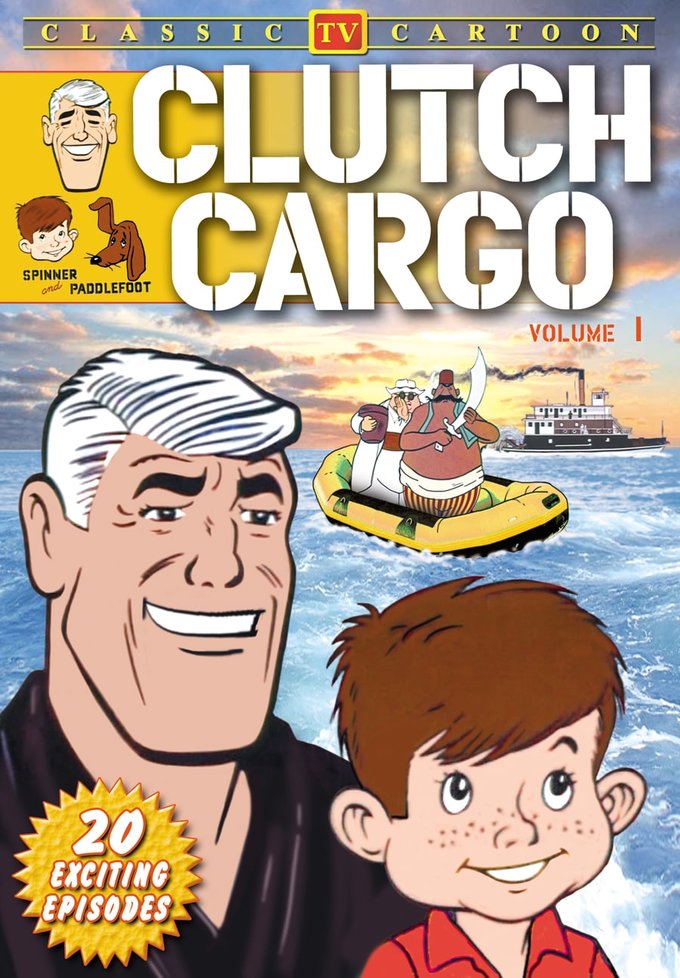 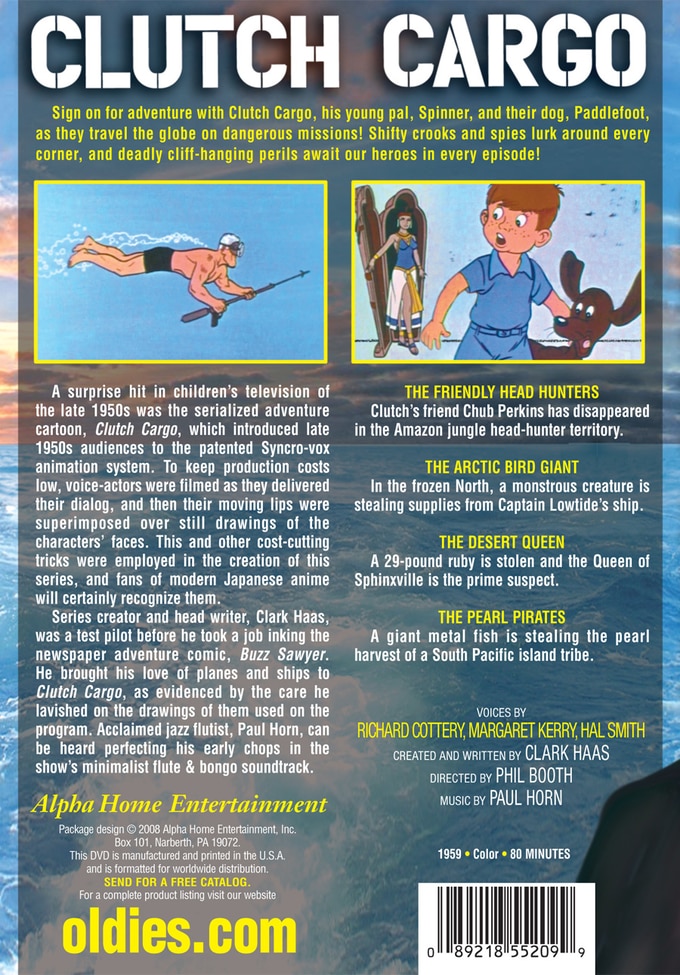 A surprise hit in children's television of the late 1950s was the serialized adventure cartoon, Clutch Cargo, which introduced late 1950s audiences to the patented Syncro-vox animation system. To keep production costs low, voice-actors were filmed as they delivered their dialog, and then their moving lips were superimposed over still drawings of the characters' faces. This and other cost-cutting tricks were employed in the creation of this series, and fans of modern Japanese anime will certainly recognize them.

Series creator and head writer, Clark Haas, was a test pilot before he took a job inking the newspaper adventure comic, "Buzz Sawyer." He brought his love of planes and ships to Clutch Cargo, as evidenced by the care he lavished on the drawings of them used on the program. Acclaimed jazz flutist, Paul Horn, can be heard perfecting his early chops in the show's minimalist flute & bongo soundtrack.

The Arctic Bird Giant (5 episodes): In the frozen North, a monstrous creature is stealing supplies from Captain Lowtide's ship.

The Desert Queen (5 episodes): A 29-pound ruby is stolen and the Queen of Sphinxville is the prime suspect.

The Pearl Pirates (5 episodes): A giant metal fish is stealing the pearl harvest of a South Pacific island tribe.

Adventure | Animation | Kids Adventure | Vintage TV | Adventurers | Animated Characters
This product is made-on-demand by the manufacturer using DVD-R recordable media. Almost all DVD players can play DVD-Rs (except for some older models made before 2000) - please consult your owner's manual for formats compatible with your player. These DVD-Rs may not play on all computers or DVD player/recorders. To address this, the manufacturer recommends viewing this product on a DVD player that does not have recording capability.