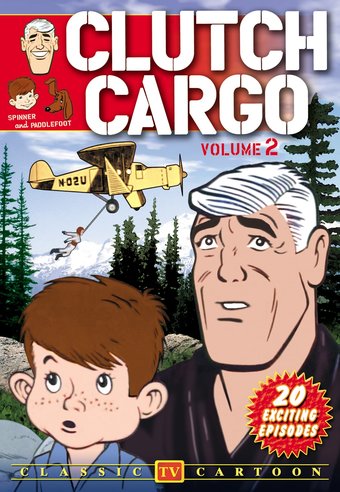 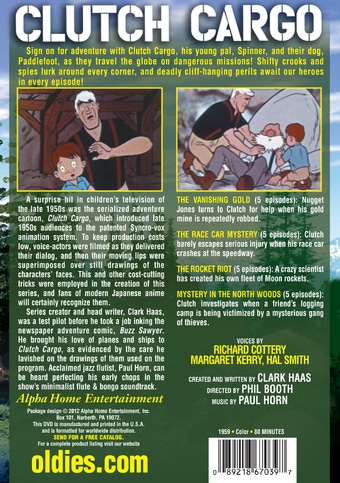 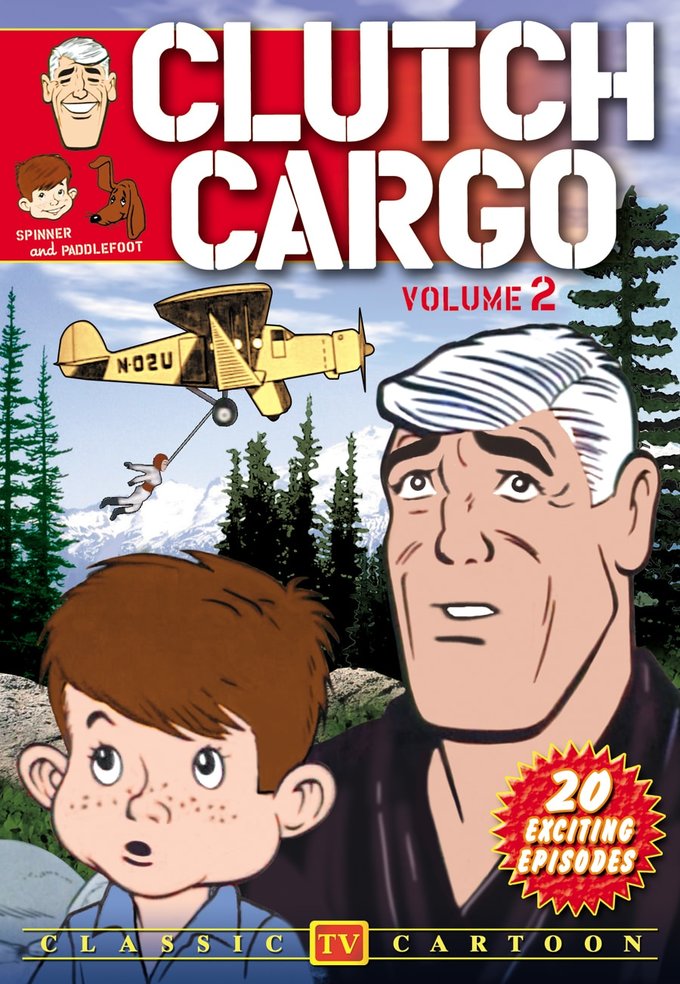 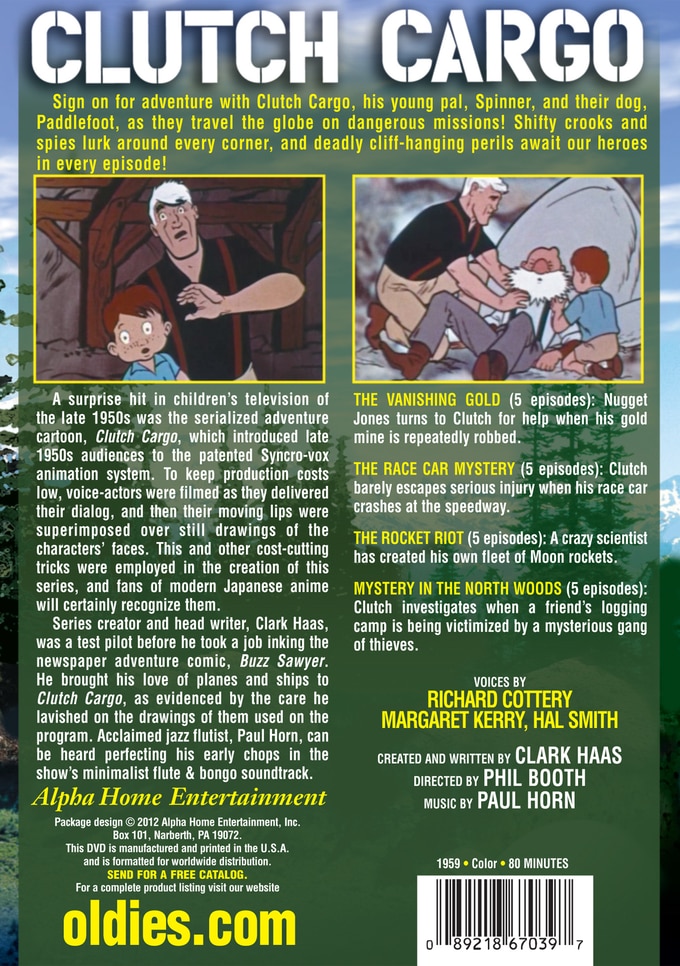 A surprise hit in children's television of the late 1950s was the serialized adventure cartoon, Clutch Cargo, which introduced late 1950s audiences to the patented Syncro-vox animation system. To keep production costs low, voice-actors were filmed as they delivered their dialog, and then their moving lips were superimposed over still drawings of the characters' faces. This and other cost-cutting tricks were employed in the creation of this series, and fans of modern Japanese anime will certainly recognize them.

Series creator and head writer, Clark Haas, was a test pilot before he took a job inking the newspaper adventure comic, "Buzz Sawyer." He brought his love of planes and ships to Clutch Cargo, as evidenced by the care he lavished on the drawings of them used on the program. Acclaimed jazz flutist, Paul Horn, can be heard perfecting his early chops in the show's minimalist flute & bongo soundtrack.

The Vanishing Gold (5 episodes): Nugget Jones turns to Clutch for help when his gold mine is repeatedly robbed.

The Rocket Riot (5 episodes): A crazy scientist has created his own fleet of Moon rockets.

Mystery In The North Woods (5 episodes): Clutch investigates when a friend's logging camp is being victimized by a mysterious gang of thieves.

The late 1950s series CLUTCH CARGO earns a special place in the history of animated entertainment. Although the overall premise was not particularly unique (it had the titular square-jawed hero traveling around the world on dangerous missions with a friend and his dog), the techniques behind it were quite unusual. In an effort to keep overhead costs as low as possible, producers utilized the then-novel 'Syncro-vox Animation System' - where actors were filmed delivering their dialogue in character, and their moving lips were superimposed atop inanimate drawings. This only constituted one of many tricks used to save time and money in the creation of episodes. Surprisingly, the show became enormously popular among American children. This box set contains four CLUTCH episodes: THE VANISHING GOLD, THE ROCKET RIOT, THE RACE CAR MYSTERY and MYSTERY IN THE NORTH WOODS.