Clutch Cargo rockets is on the trail of adventure with his pals Spinner and Paddlefoot in 4 episodes of this fondly remembered '50s cartoon classic. 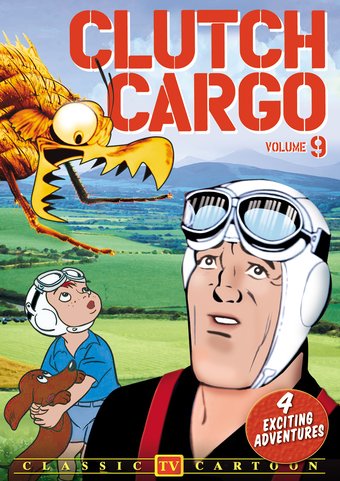 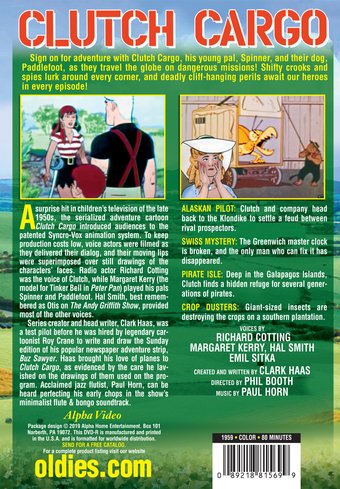 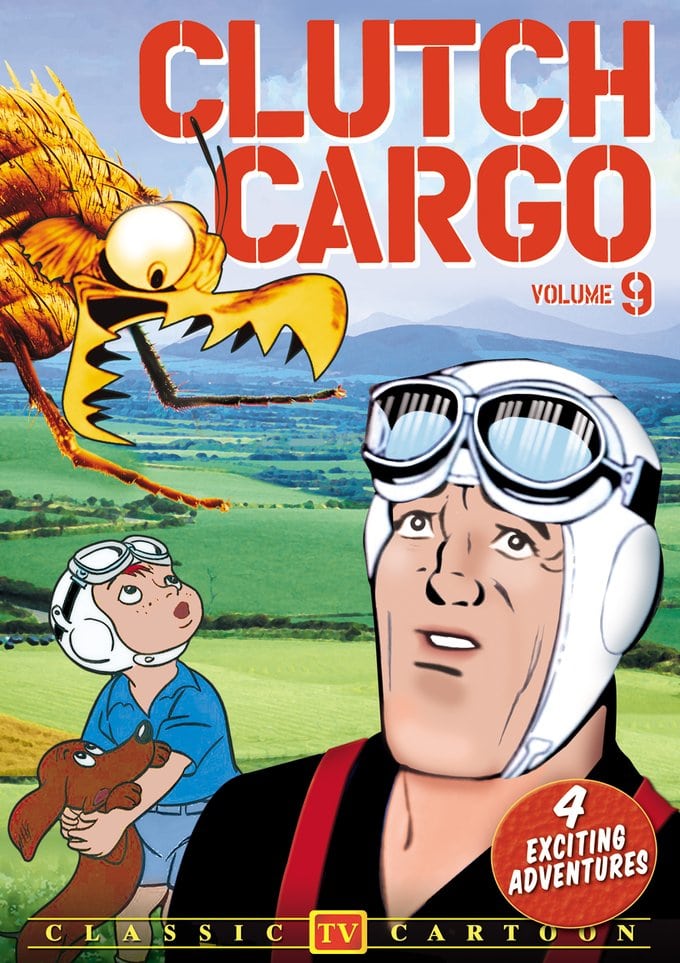 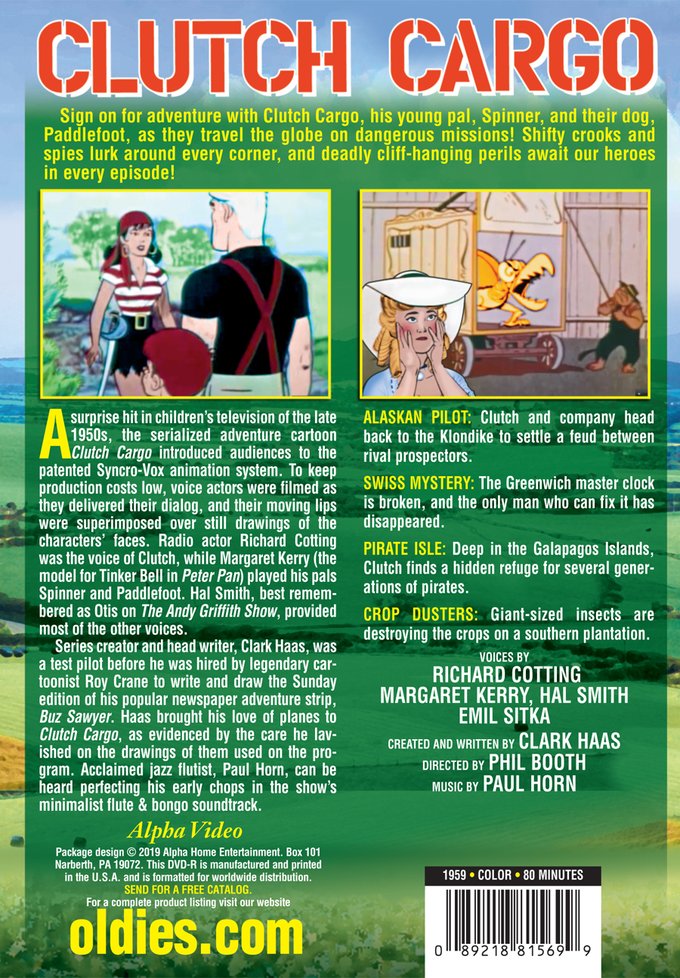 ALASKAN PILOT: Clutch and company head back to the Klondike to settle a feud between rival prospectors.

SWISS MYSTERY: The Greenwich master clock is broken, and the only man who can fix it has disappeared.

CROP DUSTERS: Giant-sized insects are destroying the crops on a southern plantation.