Clutch Cargo pilots his airplane into danger in 4 episodes of this nostalgic '50s cartoon made using the astonishing 'Syncro-Vox' technique. Plus a bonus episode of the sci-fi cartoon classic 'Space Angel.' 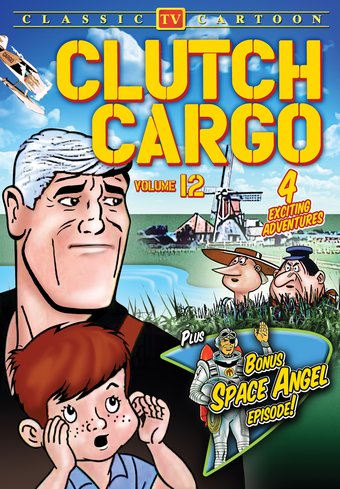 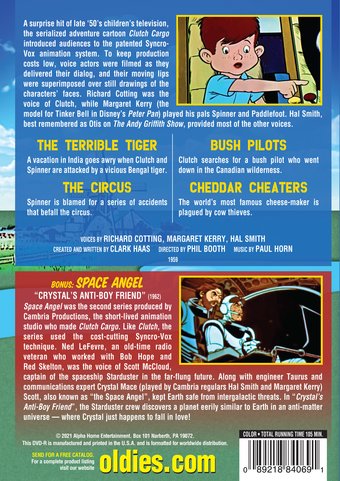 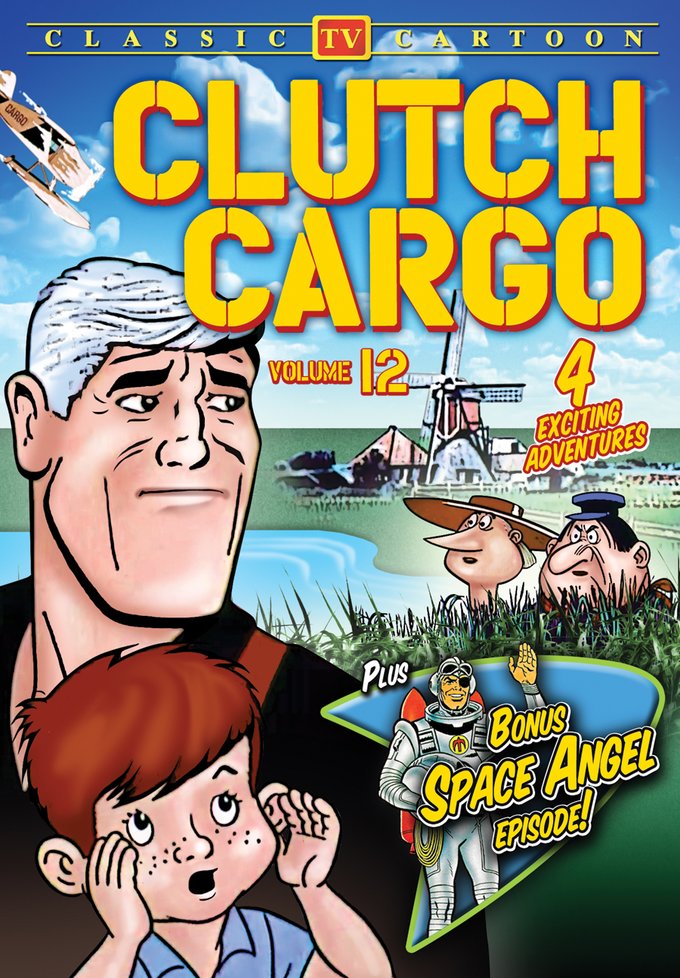 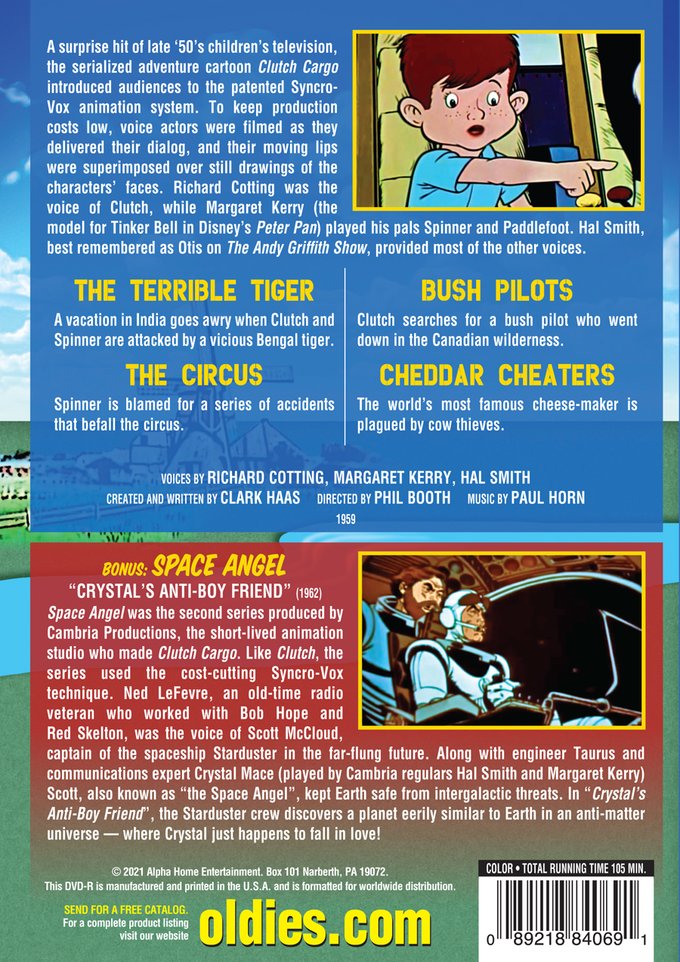 THE TERRIBLE TIGER: A vacation in India goes awry when Clutch and Spinner are attacked by a vicious Bengal tiger.

THE CIRCUS: Spinner is blamed for a series of accidents that befall the circus.

BUSH PILOTS: Clutch searches for a bush pilot who went down in the Canadian wilderness.

CHEDDAR CHEATERS: The world's most famous cheese-maker is plagued by cow thieves.

BONUS: Space Angel "Crystal's Anti-Boy Friend": Space Angel was the second series produced by Cambria Productions, the short-lived animation studio who made Clutch Cargo. Like Clutch, the series used the cost-cutting Syncro-Vox technique. Ned LeFevre, an old-time radio veteran who worked with Bob Hope and Red Skelton, was the voice of Scott McCloud, captain of the spaceship Starduster in the far-flung future. Along with engineer Taurus and communications expert Crystal Mace (played by Cambria regulars Hal Smith and Margaret Kerry) Scott, also known as "the Space Angel", kept Earth safe from intergalactic threats. In "Crystal's Anti-Boy Friend", the Starduster crew discovers a planet eerily similar to Earth in an anti-matter universe - where Crystal just happens to fall in love!