Clutch Cargo and his pals Spinner and Paddlefoot face danger like never before in the final 4 episodes of the 50s cartoon classic! Includes the legendary last episode 'Big "X"'! 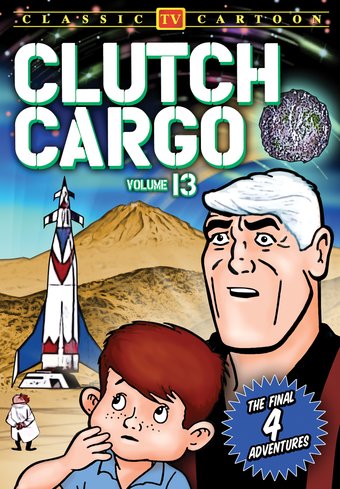 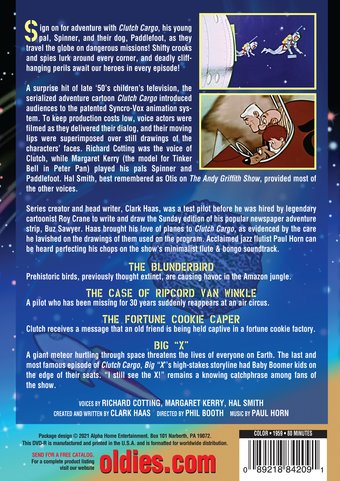 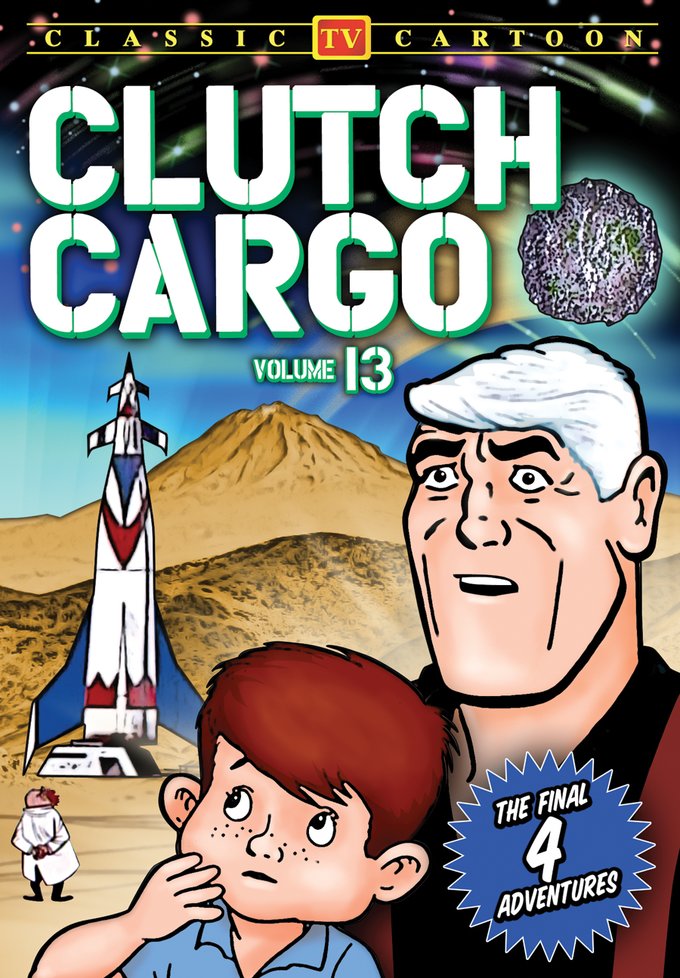 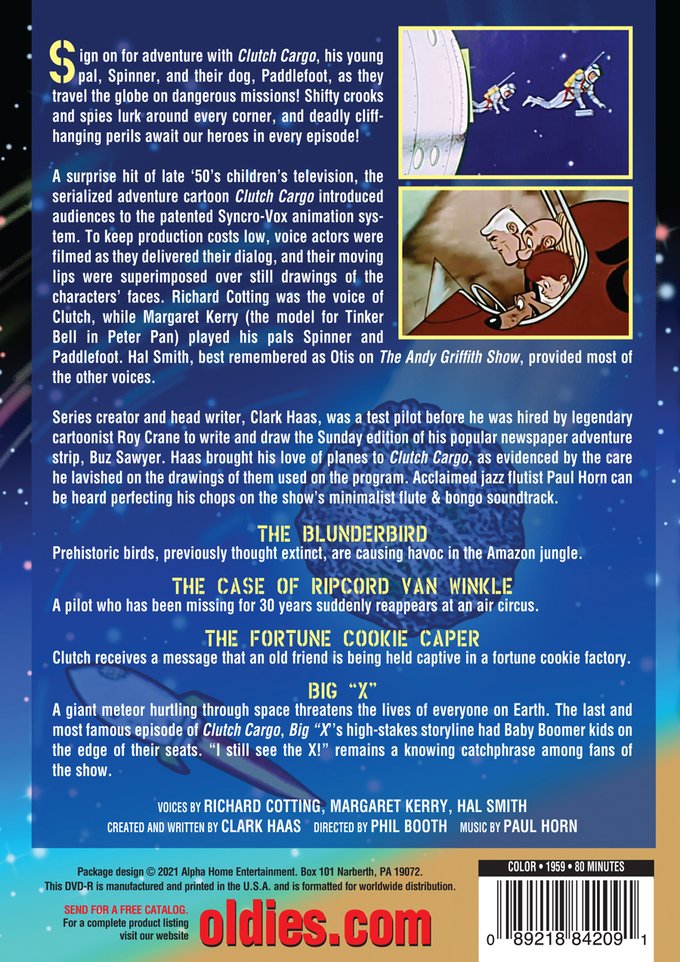 THE CASE OF RIPCORD VAN WINKLE: A pilot who has been missing for 30 years suddenly reappears at an air circus.

THE FORTUNE COOKIE CAPER: Clutch receives a message that an old friend is being held captive in a fortune cookie factory.

BIG "X": A giant meteor hurtling through space threatens the lives of everyone on Earth. The last and most famous episode of Clutch Cargo, 'Big 'X"'s high-stakes storyline had Baby Boomer kids on the edge of their seats. "I still see the X!" remains a knowing catchphrase among fans of the show.