Clutch Cargo and friends are on the trail of adventure in four episodes of this classic cartoon using the intriguing 'Synchro-Vox' process. 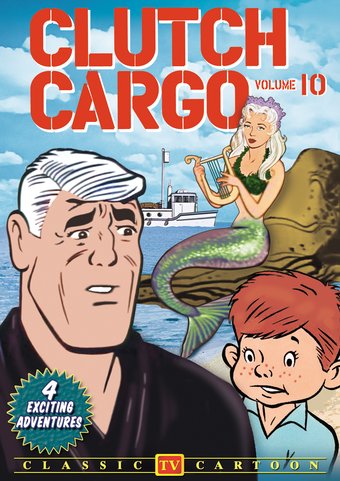 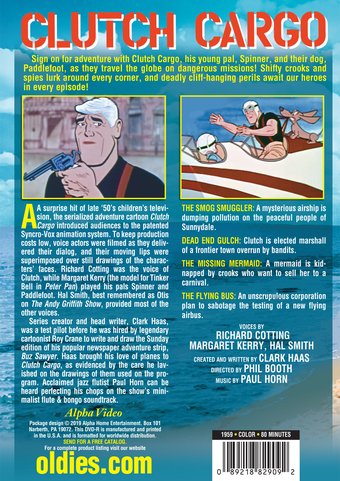 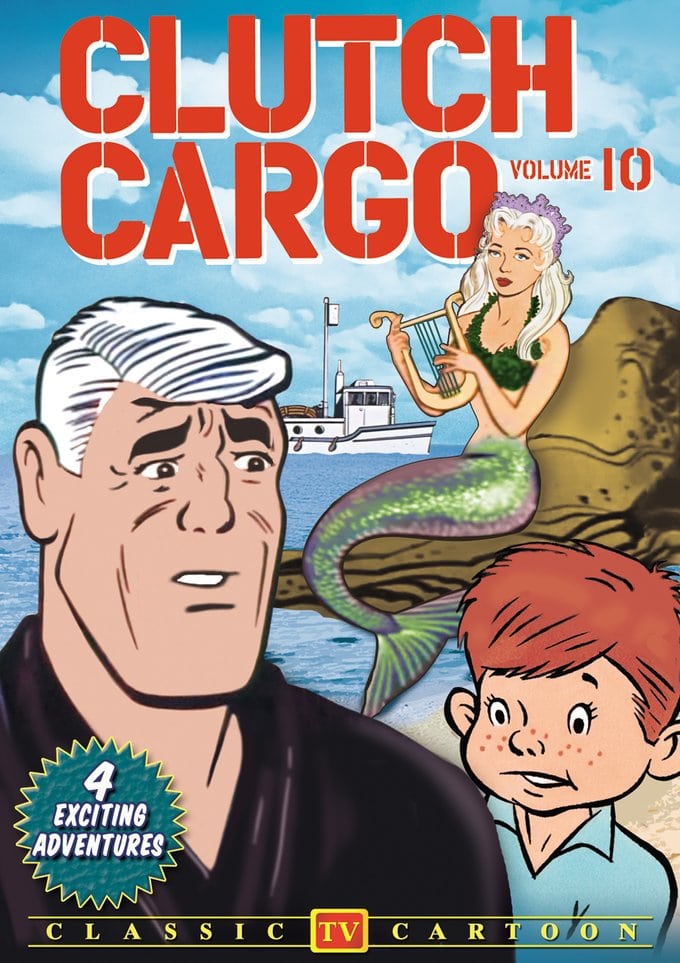 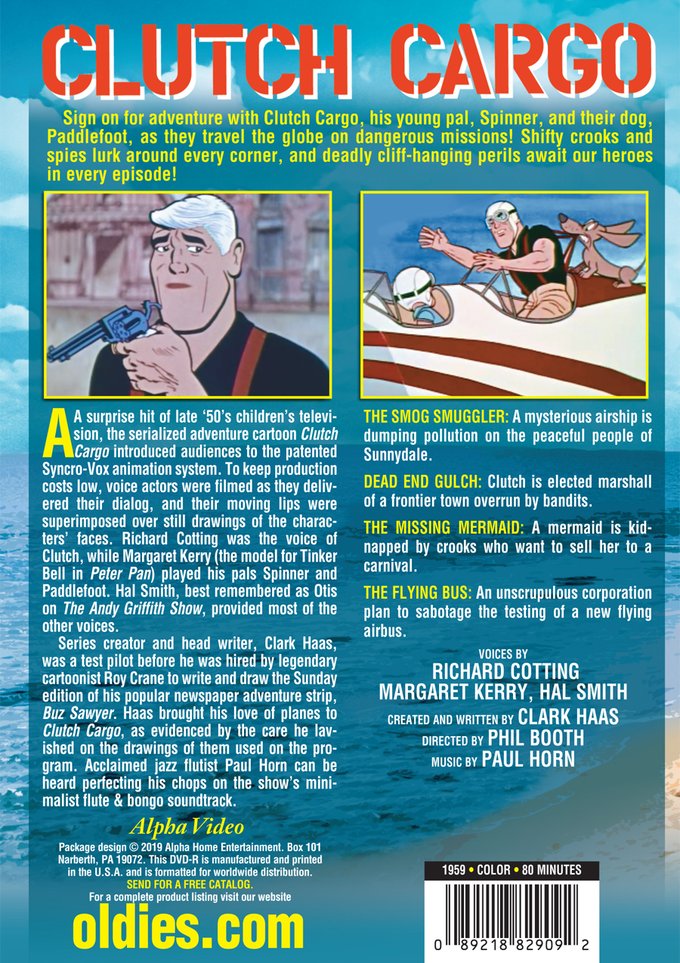 THE SMOG SMUGGLER: A mysterious airship is dumping pollution on the peaceful people of Sunnydale.

THE MISSING MERMAID: A mermaid is kidnapped by crooks who want to sell her to a carnival.

THE FLYING BUS: An unscrupulous corporation plan to sabotage the testing of a new flying airbus.