Clutch Cargo races into action with his pals Spinner and Paddlefoot in 4 episodes of this nostalgic '50s cartoon classic. 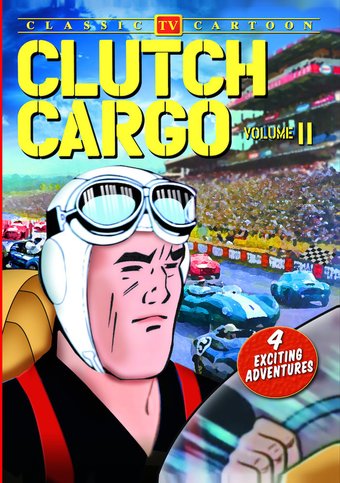 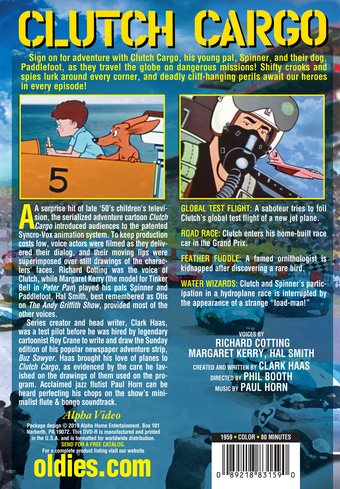 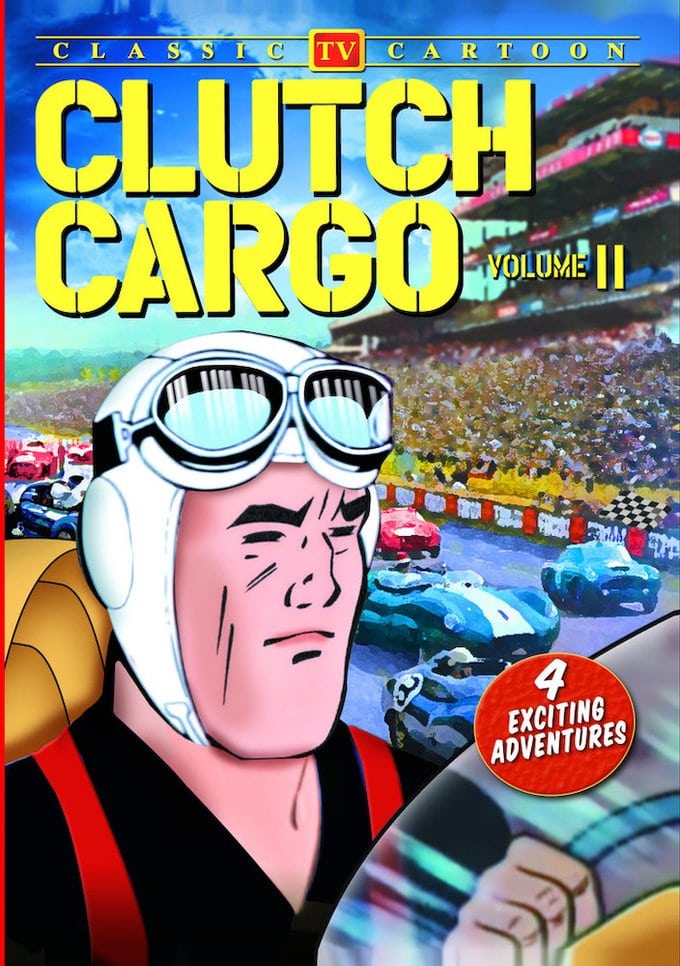 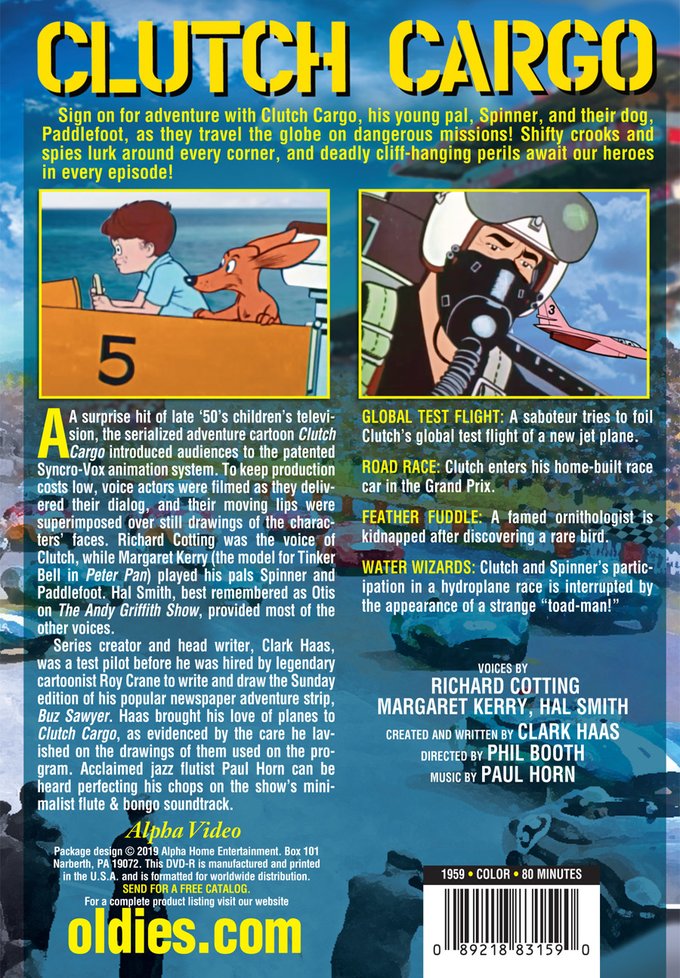 FEATHER FUDDLE: A famed ornithologist is kidnapped after discovering a rare bird.

WATER WIZARDS: Clutch and Spinner's participation in a hydroplane race is interrupted by the appearance of a strange "toad-man!"