One Step Beyond – Volume 16 (The Lost Episodes)

John Newland is your guide into the unknown in four newly-discovered episodes of this paranormal anthology series, with vintage advertisements by Alcoa. 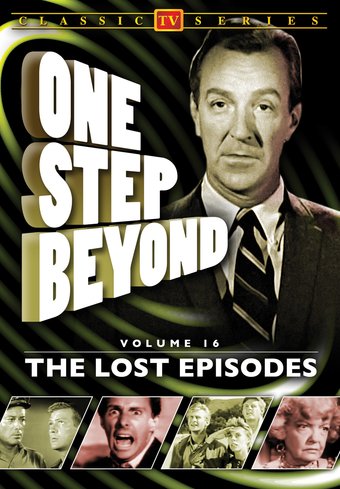 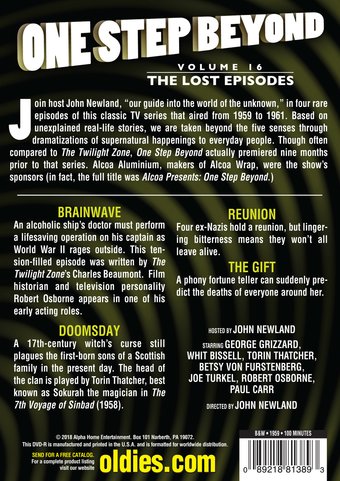 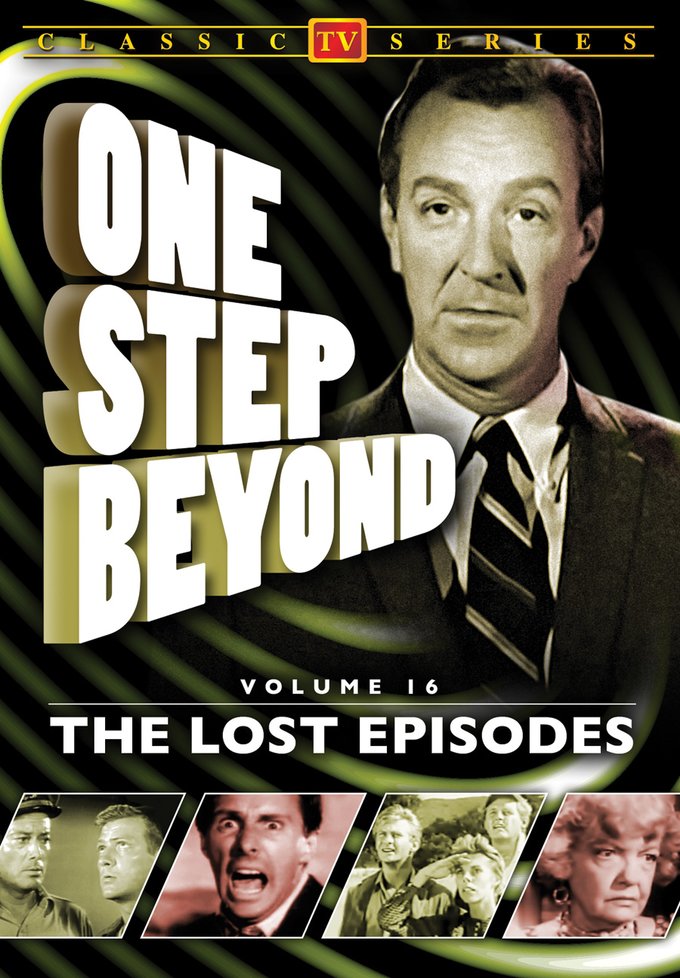 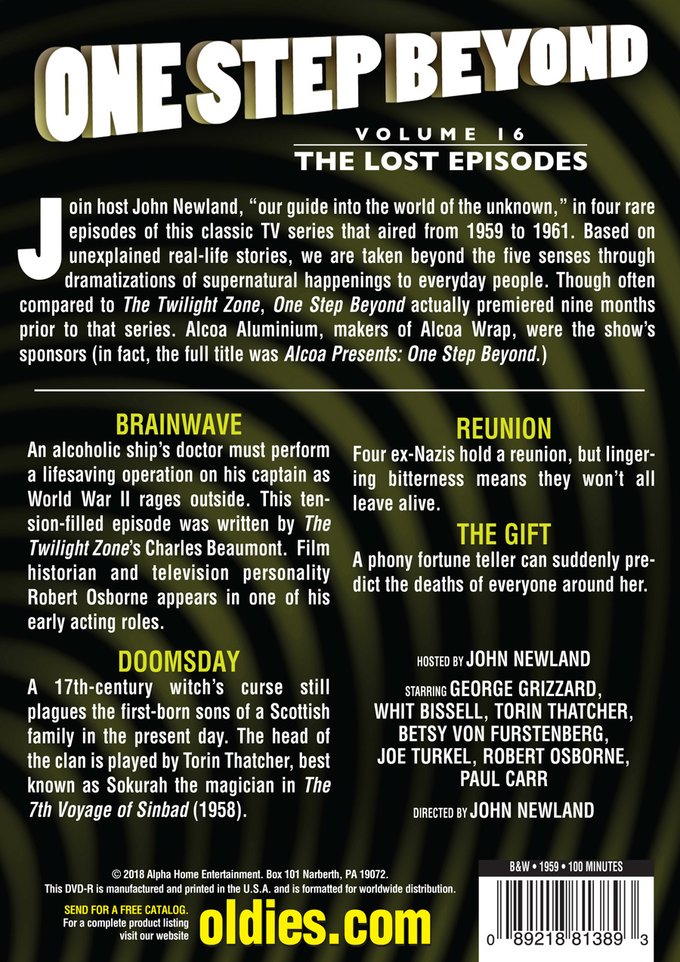 Join host John Newland, "our guide into the world of the unknown," in four rare episodes of this classic TV series that aired from 1959 to 1961. Based on unexplained real-life stories, we are taken beyond the five senses through dramatizations of supernatural happenings to everyday people. Though often compared to The Twilight Zone, One Step Beyond actually premiered nine months prior to that series. Alcoa Aluminium, makers of Alcoa Wrap, were the show's sponsors (in fact, the full title was Alcoa Presents: One Step Beyond.)

BRAINWAVE: An alcoholic ship's doctor must perform a lifesaving operation on his captain as World War II rages outside. This tension-filled episode was written by The Twilight Zone's Charles Beaumont. Film historian and television personality Robert Osborne appears in one of his early acting roles.

DOOMSDAY: A 17th-century witch's curse still plagues the first-born sons of a Scottish family in the present day. The head of the clan is played by Torin Thatcher, best known as Sokurah the magician in The 7th Voyage of Sinbad (1958).

THE GIFT: A phony fortune teller can suddenly predict the deaths of everyone around her.