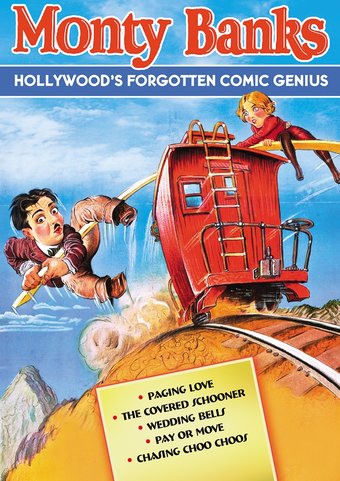 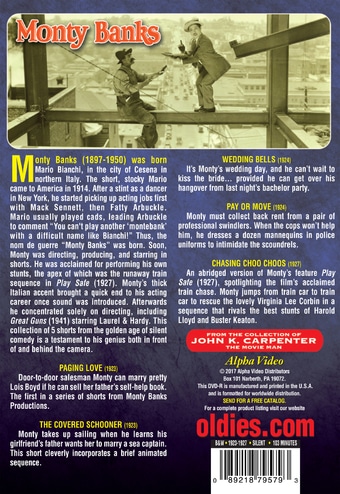 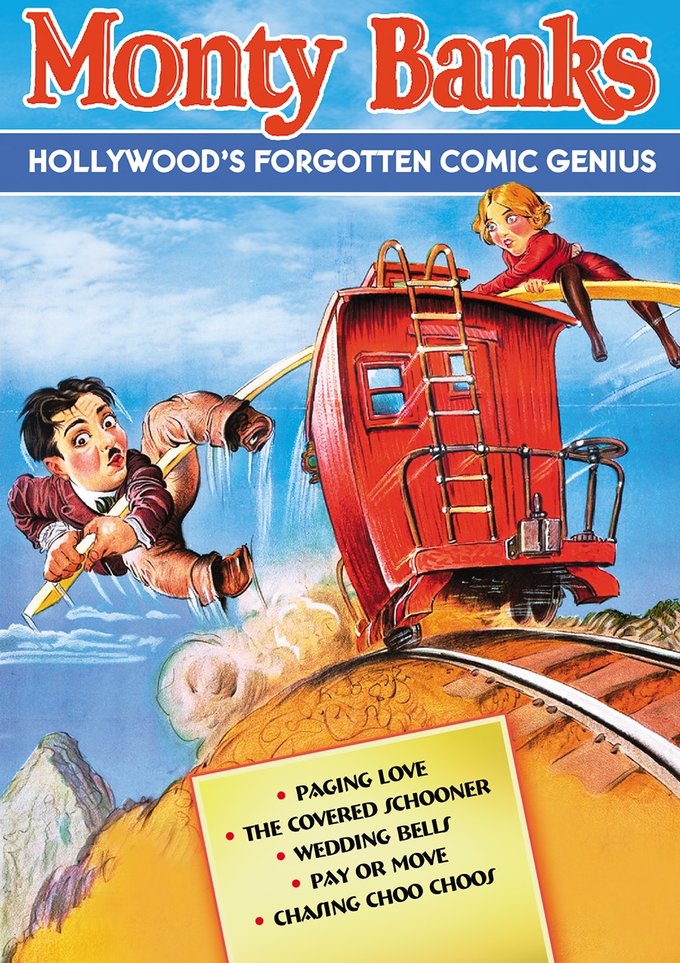 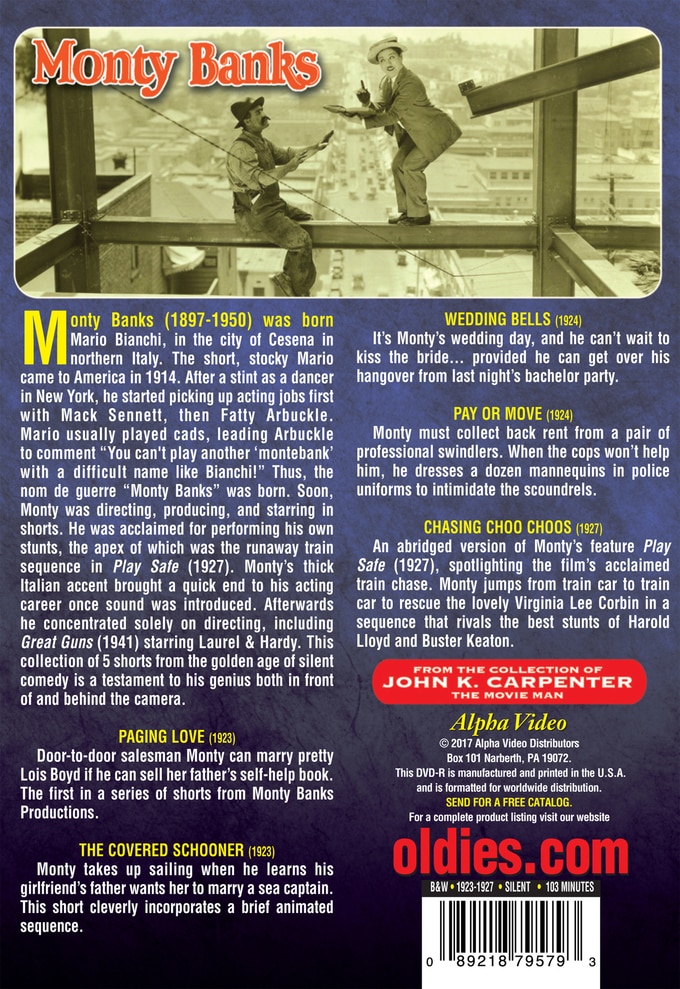 Monty Banks (1897-1950) was born Mario Bianchi, in the city of Cesena in northern Italy. The short, stocky Mario came to America in 1914. After a stint as a dancer in New York, he started picking up acting jobs first with Mack Sennett, then Fatty Arbuckle. Mario usually played cads, leading Arbuckle to comment "You can't play another 'montebank' with a difficult name like Bianchi!" Thus, the nom de guerre "Monty Banks" was born. Soon, Monty was directing, producing, and starring in shorts. He was acclaimed for performing his own stunts, the apex of which was the runaway train sequence in Play Safe (1927). Monty's thick Italian accent brought a quick end to his acting career once sound was introduced. Afterwards he concentrated solely on directing, including Great Guns (1941) starring Laurel & Hardy. This collection of 5 shorts from the golden age of silent comedy is a testament to his genius both in front of and behind the camera. From the collection of John K. Carpenter, "The Movie Man."

PAGING LOVE (1923): Door-to-door salesman Monty can marry pretty Lois Boyd if he can sell her father's self-help book. The first in a series of shorts from Monty Banks Productions.

THE COVERED SCHOONER (1923): Monty takes up sailing when he learns his girlfriend's father wants her to marry a sea captain. This short cleverly incorporates a brief animated sequence.

WEDDING BELLS (1924): It's Monty's wedding day, and he can't wait to kiss the bride...provided he can get over his hangover from last night's bachelor party.

PAY OR MOVE (1924): Monty must collect back rent from a pair of professional swindlers. When the cops won't help him, he dresses a dozen mannequins in police uniforms to intimidate the scoundrels.

25%off
Blondes and Redheads: Lost Comedy Classics, Volume 2
$5.95 on Sale
Add to Cart