They're on a mission from God. 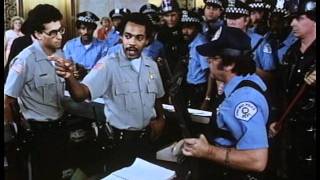 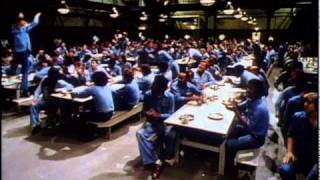 "We're on a mission from God."
- Ellwood (Dan Aykroyd)

In roles made famous by their famed SATURDAY NIGHT LIVE skit, Dan Aykroyd and John Belushi star as Ellwood and Jake Blues in this extremely entertaining and successful comedy. Upon Jake's release from prison, the brothers are reunited and visit the orphanage they grew up in--only to discover that it is in danger of being shut down by the county for failure to pay taxes. With a little help from James Brown as a revival preacher, the Blues Brothers are divinely inspired to raise the $5,000 that the orphanage needs to stay open. On their mission from God, they must reunite their old band and raise the money by playing various gigs around town. The wild adventures of the band include dodging evil neo-Nazis, playing in a rowdy redneck bar, and narrowly escaping the crazed Carrie Fisher as Jake's ex-fiancée, who is out to see him dead. Finally, the boys have to get to a gig at the Palace Hotel Ballroom and deliver the $5,000 to the county assessor's office--leading to one of the most wild and hysterical car-chase smash-ups in film history. John Landis has spiced this wonderful romp with fabulous rhythm-and-blues numbers from such greats as Aretha Franklin, James Brown, Cab Calloway, and Ray Charles.

In this classic comedy-musical, Dan Aykroyd and John Belushi star as Jake and Elwood Blues, white rhythm-and-blues musicians who are on a mission from God: to raise $5,000 for the orphanage where they grew up before it is closed for failure to pay back taxes. In order to succeed, they must resurrect their band, the Blues Brothers, and stay one step ahead of their enemies: Jake's ex-fiancée, the police, a bunch of Illinois Nazis, and a country-western band, not to mention the Chicago police. This much-loved comedy features tremendous song-and-dance numbers by such famous musicians as James Brown, Aretha Franklin, and Ray Charles.

The Return of the Pink Panther (DVD)
$8.70 Super Savings
Add to Cart