The Return of the Pink Panther G 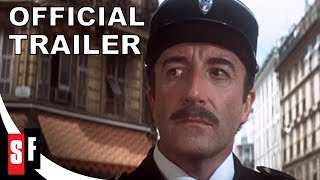 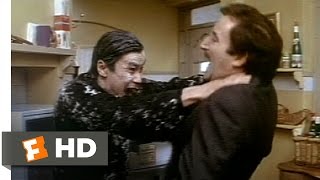 The comic genius of Blake Edwards and Peter Sellers meet again in The Return of the Pink Panther. The "Pink Panther Diamond" is stolen with only one clue left behind - a white glove, the trademark of the world-renowned jewel thief, The Phantom (Christopher Plummer). Believed to be retired, he immediately becomes the chief suspect on Inspector Clouseau's list.

Wanting to clear his name, The Phantom sets out to find the real thief and sends Clouseau bumbling along on a false trail. Inspector Clouseau's antics finally push his boss, Chief Inspector Dreyfus, over the edge, and he sets out to murder Clouseau to be rid of him once and for all! It's non-stop laughs in this timeless comedy masterpiece, hailed as the funniest in The Pink Panther series.

RETURN is the third installment in the popular Pink Panther series and a reunion for director Blake Edwards and comedian Peter Sellers, who had not made a Panther film since A SHOT IN THE DARK a decade earlier. This time the bumbling French detective Inspector Clouseau is reluctantly called back into service by Chief Inspector Dreyfus (Herbert Lom) when someone swipes the infamous Pink Panther diamond from the museum in Lugash. The prime suspect is the smoothly aristocratic jewel thief Sir Charles Lytton (Christopher Plummer), aka the Phantom. Clouseau creates his usual comic mayhem in an assortment of European watering holes as he attempts to track down the jet-setting criminal. While Lytton, who is, on this rare occasion, innocent of the crime in question, joins in the pursuit of the real criminals to avoid arrest, his lovely wife, Claudine (Catherine Schell), leads the myopic Clouseau on a wild-goose chase. As usual, Clouseau's creative methods of deduction drive Inspector Dreyfus ever closer to the brink of insanity. Sellers's comic genius is set off by a fine cast and spectacular European locations, including Gstaad and the French Riviera as well as Marakesh and Casablanca.

Inspector Clouseau returns with his inimitable comic style as he hunts down a crafty diamond thief.