The snobs against the slobs! 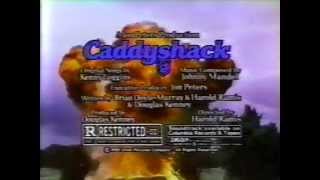 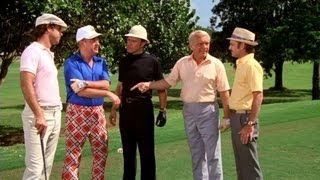 Harold Ramis's directorial debut is a hysterical farce set at the typically hoity-toity Bushwood County club. A send-up of the typical class struggle, it pits the caddies against the establishment with riotous results. This wacky comedy features insanely funny performances from Bill Murray, as the local groundskeeper obsessed with killing off the gophers who are infesting the golf course, as well as Chevy Chase as a wealthy antiestablishment member of Bushwood and Rodney Dangerfield, who shines as a land-shark real estate mogul who couldn't care less about the rules and regulations at the snobby club.

This hysterical farce, set against the backdrop of the typically hoity-toity Bushwood Country club, pits the caddies vs. the establishment with riotous results. Danny, a poor kid from the wrong side of the tracks, is struggling to make it as a caddy at Bushwood. Terrified of being a caddy for life, he is dying to win the Bushwood annual caddy scholarship and is willing to do whomever and whatever it takes. The caddies carouse, smoke, and curse their way around Bushwood, wrecking havoc on the uptight rules and regulations strictly adhered to by most of the members of the club. Chevy Chase stars as Ty Webb, a wealthy antiestablishment member of Bushwood who tries to convince Danny that there is more to life than playing by the rules. This wacky comedy also features an insanely delightful performance by Bill Murray, as the local groundskeeper who becomes obsessed with killing off the gophers who have infested the golf course, with bang-up results. When Al Czervik (Rodney Dangerfield) comes to town he sets the country club--and Judge Smails, played by the fabulous Ted Knight--on end with his poor taste, bad humor, and big money. The final showdown between the snobs and the slobs is not to be missed. CADDYSHACK is one of the most-quoted comedies of all time, and with good reason.