Lost Comedies of the 30's 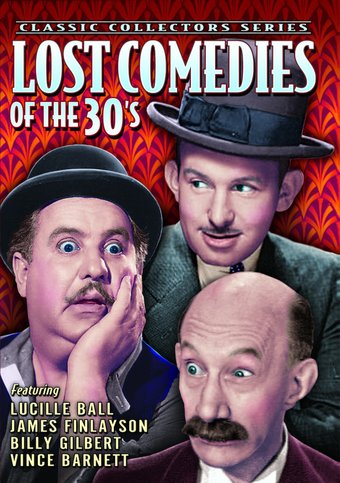 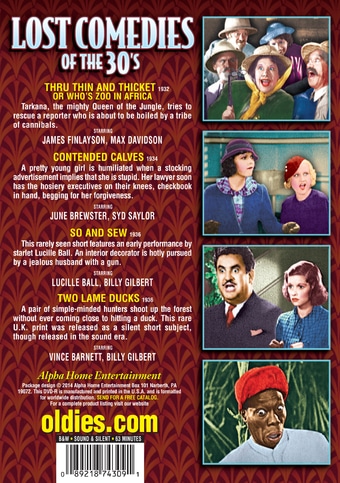 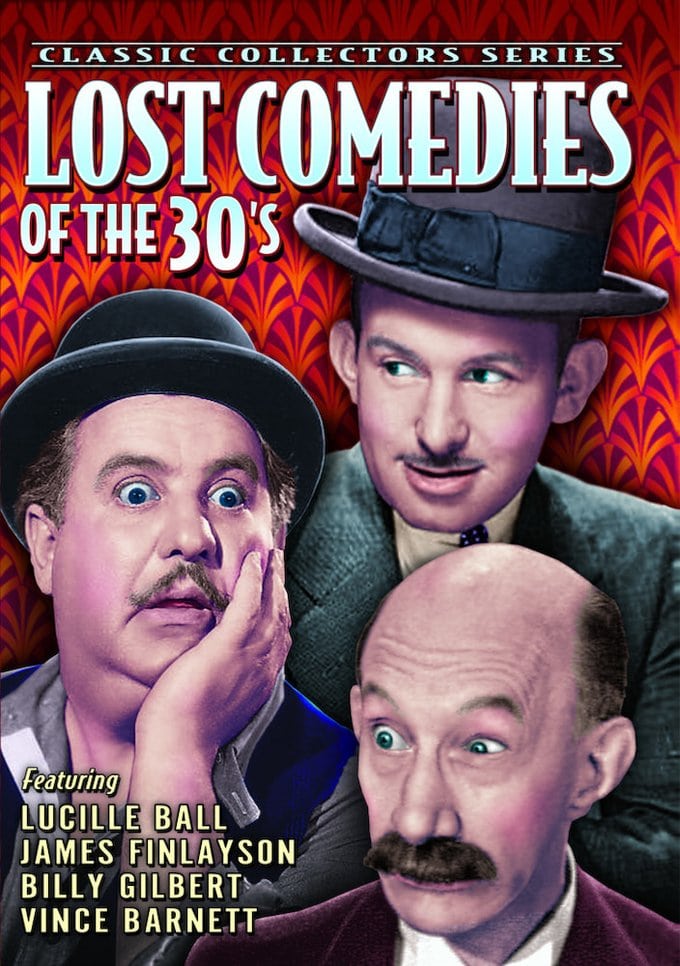 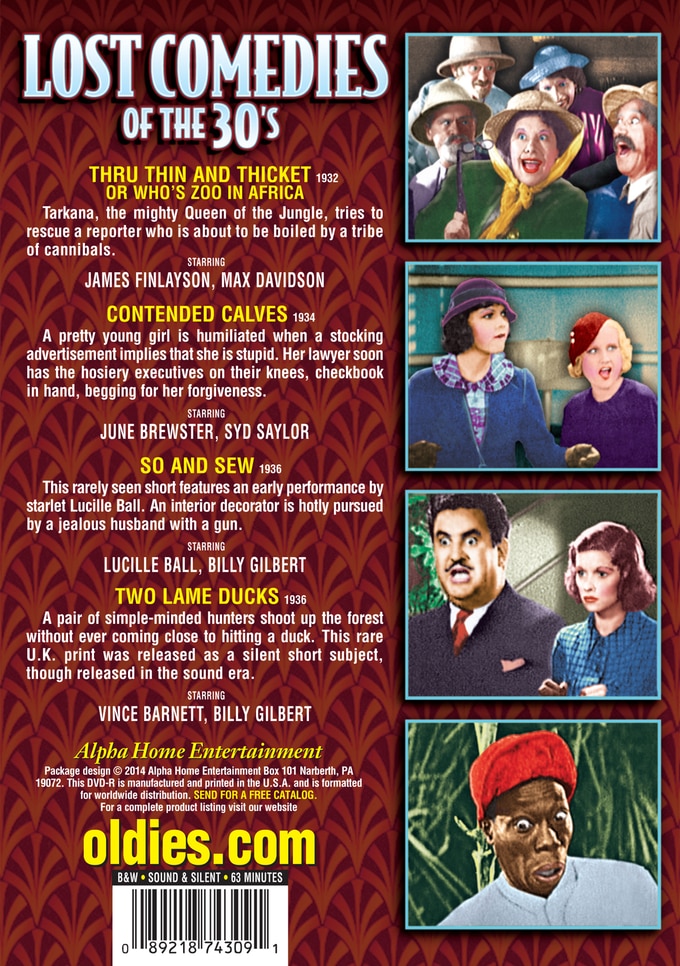 Thru Thin And Thicket Or Who's Zoo In Africa (1932): Tarkana, the mighty Queen of the Jungle, tries to rescue a reporter who is about to be boiled by a tribe of cannibals. Starring James Finlayson and Max Davidson.

Contended Calves (1934): A pretty young girl is humiliated when a stocking advertisement implies that she is stupid. Her lawyer soon has the hosiery executives on their knees, checkbook in hand, begging for her forgiveness. Starring June Brewster and Syd Saylor.

So And Sew (1936): This rarely seen short features an early performance by starlet Lucille Ball. An interior decorator is hotly pursued by a jealous husband with a gun. Starring Lucille Ball and Billy Gilbert.

Two Lame Ducks (1936): A pair of simple-minded hunters shoot up the forest without ever coming close to hitting a duck. This rare U.K. print was released as a silent short subject, though released in the sound era.­­ Starring Vince Barnett and Billy Gilbert.


Nice selection of rarely seen two-reelers. Of interest to those, like myself, who enjoy those early unseen comedies from the 1930's which never get shown on tv these days. Many familiar faces from the great shorts from Hal Roach starring Laurel & Hardy. Good prints with minimal soundtrack defects. Worth a look.