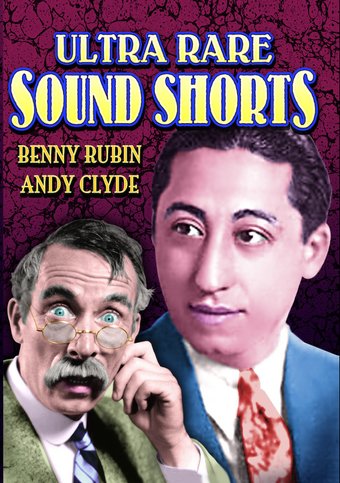 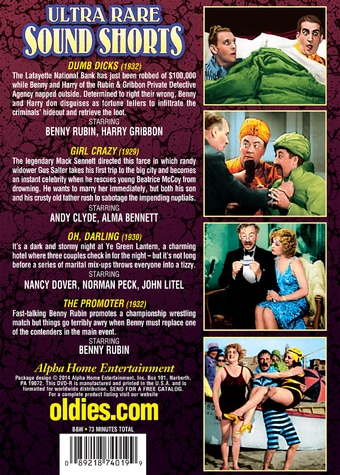 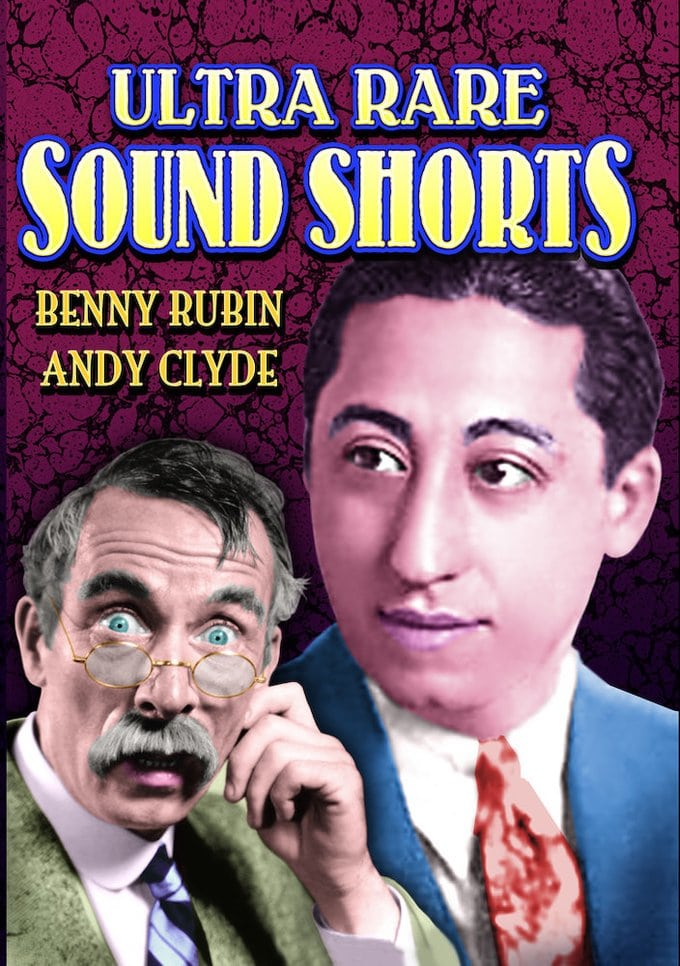 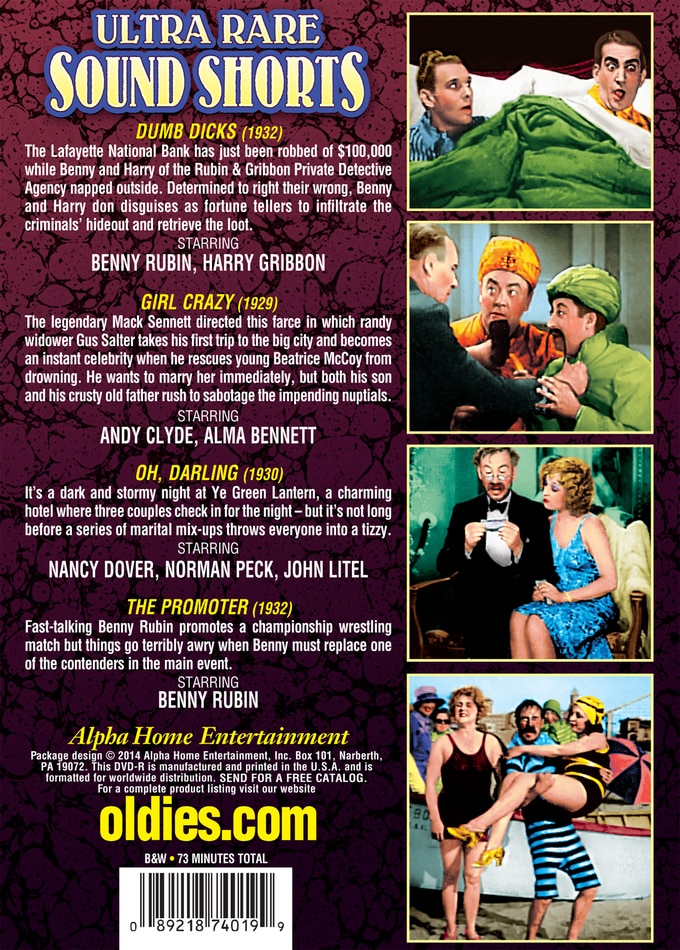 Dumb Dicks (1932): The Lafayette National Bank has just been robbed of $100,000 while Benny and Harry of the Rubin & Gribbon Private Detective Agency napped outside. Determined to right their wrong, Benny and Harry don disguises as fortune tellers to infiltrate the criminals' hideout and retrieve the loot. Starring Benny Rubin and Harry Gribbon.

Girl Crazy (1929): The legendary Mack Sennett directed this farce in which randy widower Gus Salter takes his first trip to the big city and becomes an instant celebrity when he rescues young Beatrice McCoy from drowning. He wants to marry her immediately, but both his son and his crusty old father rush to sabotage the impending nuptials. Starring Andy Clyde and Alma Bennett.

Oh, Darling (1930): It's a dark and stormy night at Ye Green Lantern, a charming hotel where three couples check in for the night -- but it's not long before a series of marital mix-ups throws everyone into a tizzy. Starring Nancy Dover, Norman Peck and John Litel.

The Promoter (1932): Fast-talking Benny Rubin promotes a championship wrestling match but things go terribly awry when Benny must replace one of the contenders in the main event. Starring Benny Rubin.