A collection of hilarious sound shorts from the vaults of Hollywood. 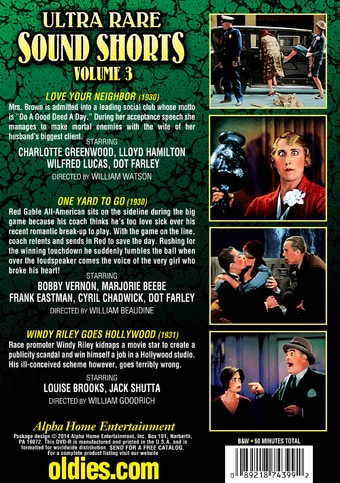 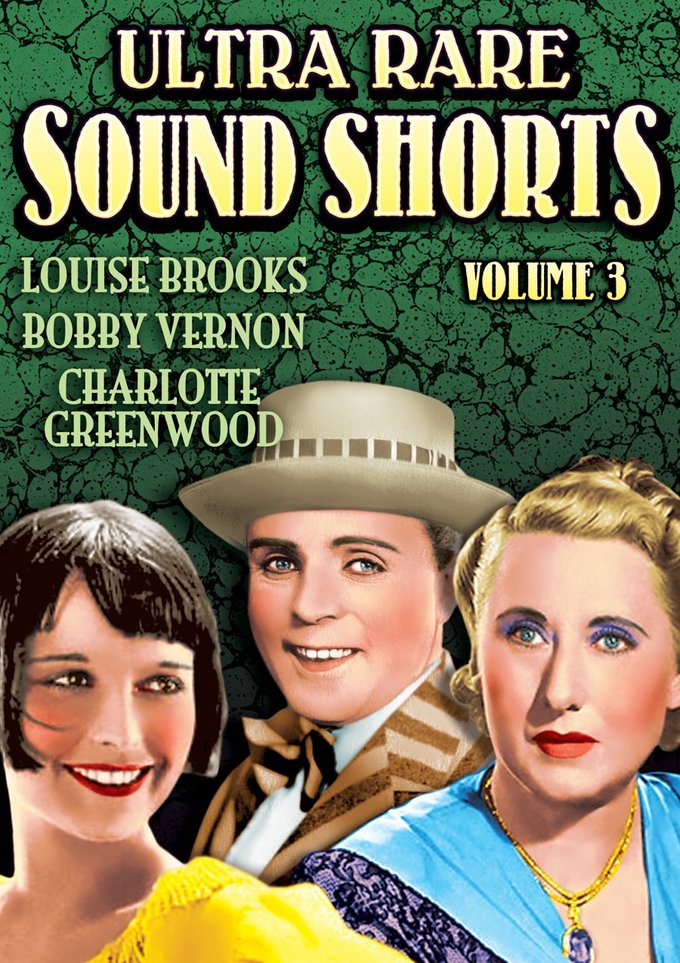 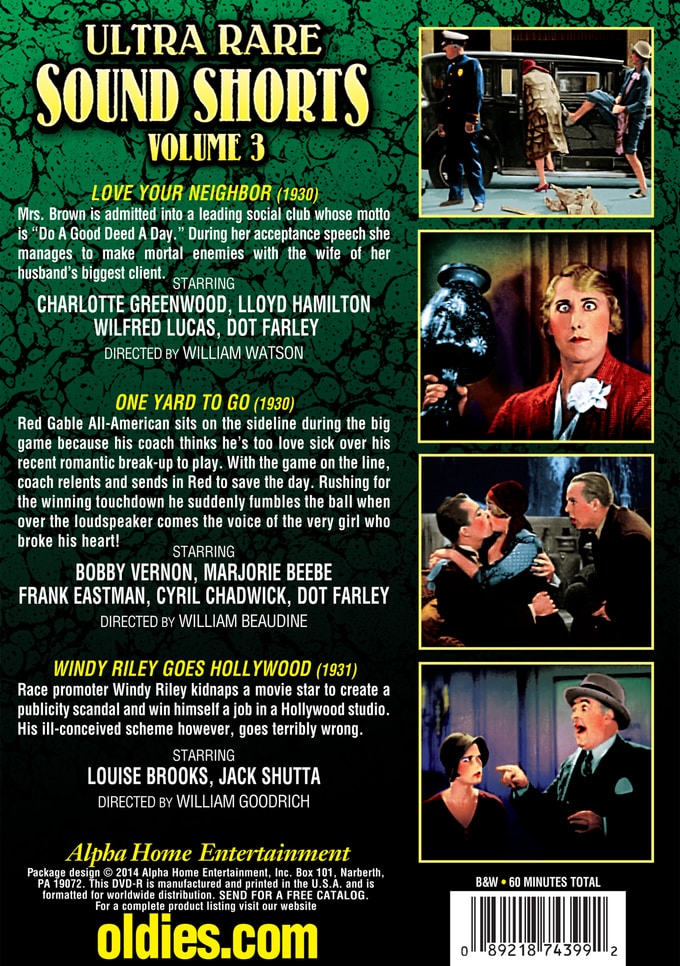 Love Your Neighbor (1930): Mrs. Brown is admitted into a leading social club whose motto is "Do A Good Deed A Day." During her acceptance speech she manages to make mortal enemies with the wife of her husband's biggest client. Starring Charlotte Greenwood, Lloyd Hamilton, Wilfred Lucas and Dot Farley. Directed by William Watson.

One Yard To Go (1930): Red Gable All-American sits on the sideline during the big game because his coach thinks he's too love sick over his recent romantic break-up to play. With the game on the line, coach relents and sends in Red to save the day. Rushing for the winning touchdown he suddenly fumbles the ball when over the loudspeaker comes the voice of the very girl who broke his heart! Starring Bobby Vernon, Marjorie Beebe, Frank Eastman, Cyril Chadwick and Dot Farley. Directed by William Beaudine.