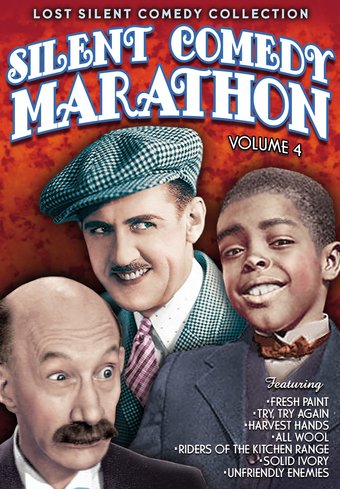 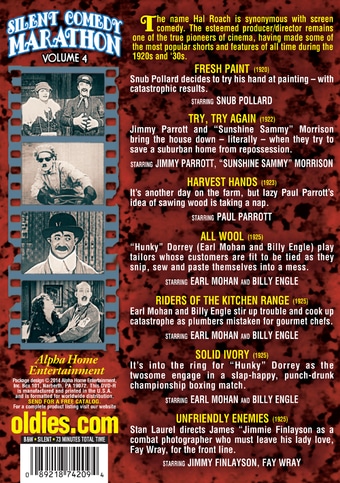 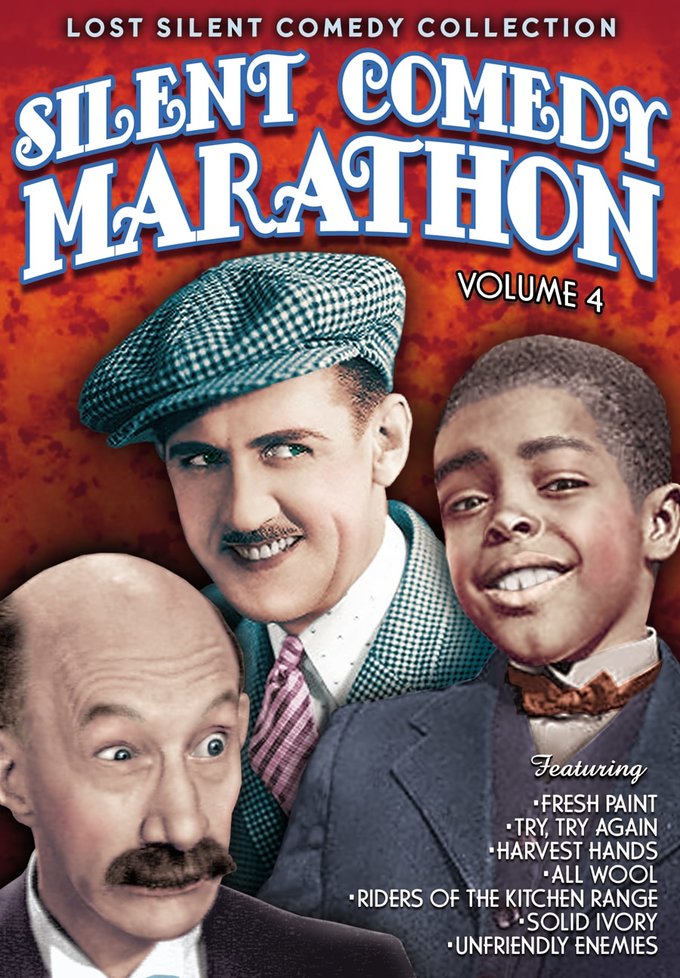 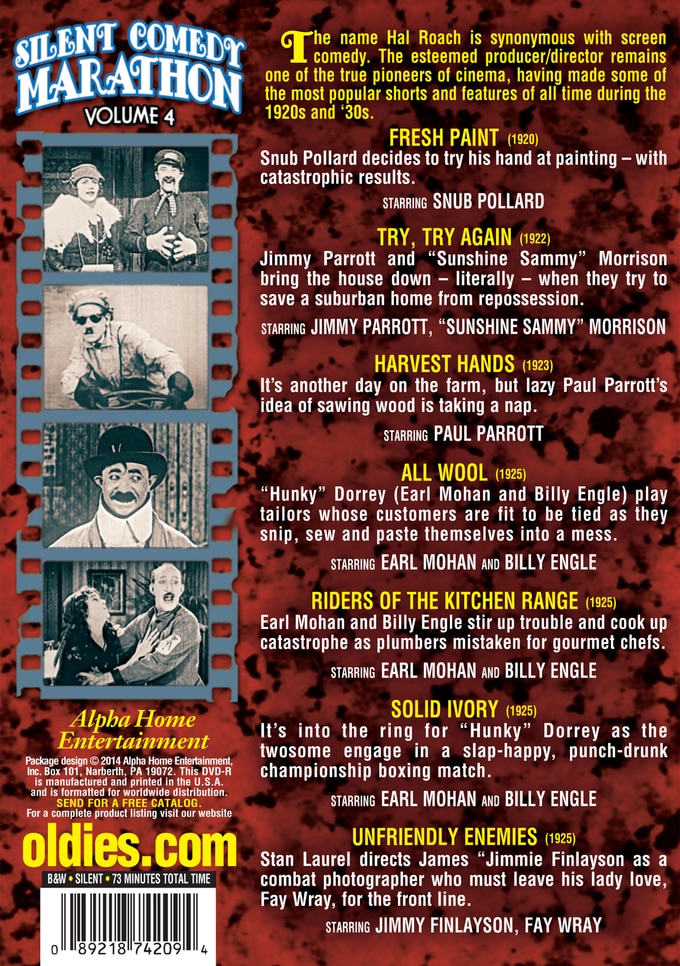 The name Hal Roach is synonymous with screen comedy. The esteemed producer/director remains one of the true pioneers of cinema, having made some of the most popular shorts and features of all time during the 1920s and '30s.

Try, Try again (1922): Jimmy Parrott and "Sunshine Sammy" Morrison bring the house down -- literally -- when they try to save a suburban home from repossession.

Harvest Hands (1923): It's another day on the farm, but lazy Paul Parrott's idea of sawing wood is taking a nap.

All Wool (1925): "Hunky" Dorrey (Earl Mohan and Billy Engle) play tailors whose customers are fit to be tied as they snip, sew and paste themselves into a mess.

Riders of the Kitchen Range (1925): Earl Mohan and Billy Engle stir up trouble and cook up catastrophe as plumbers mistaken for gourmet chefs.

Solid Ivory (1925): It's into the ring for "Hunky" Dorrey as the twosome engage in a slap-happy, punch-drunk championship boxing match. Starring Earl Mohan and Billy Engle.