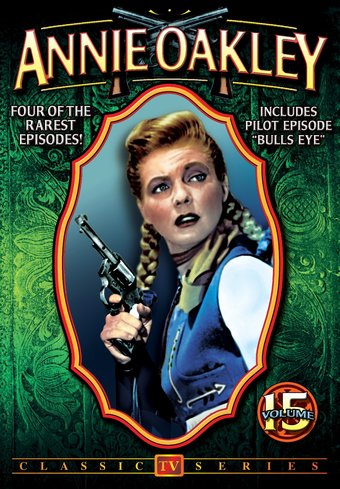 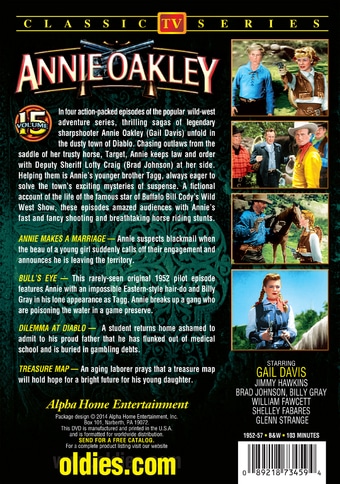 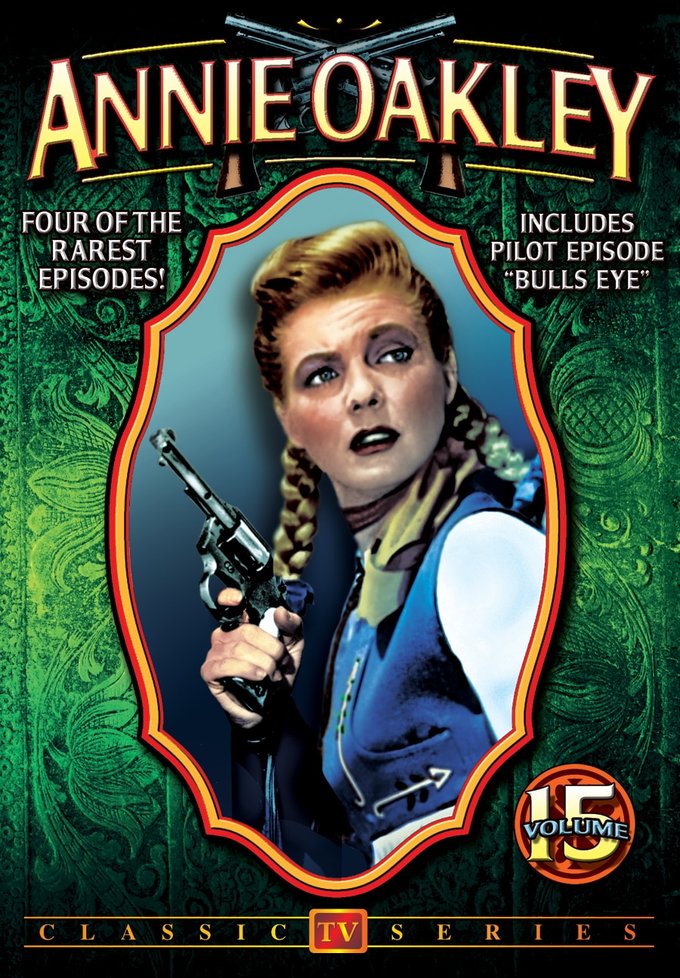 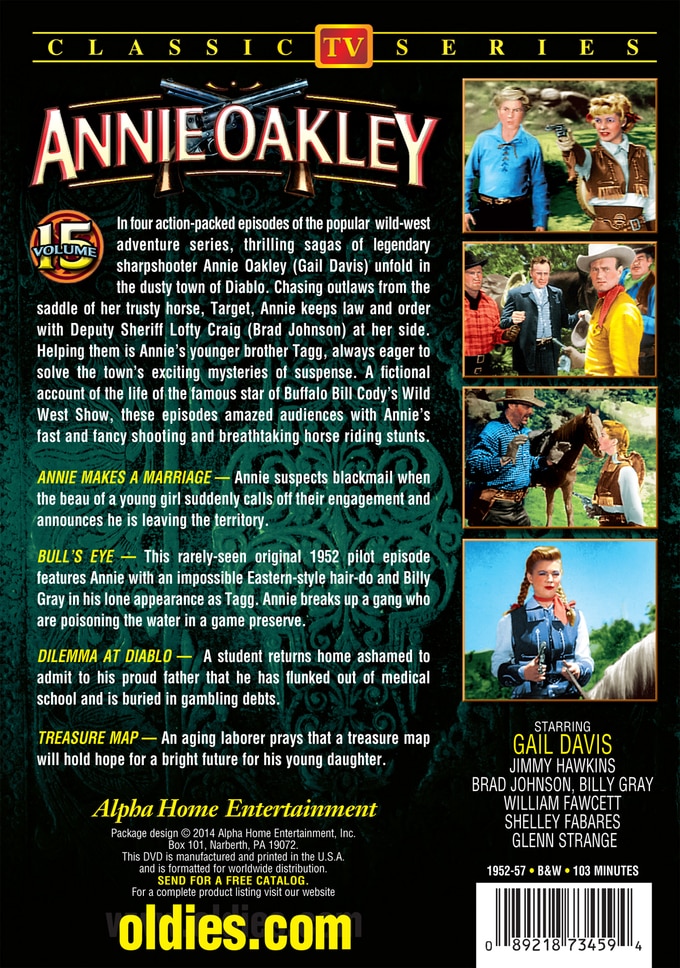 ANNIE MAKES A MARRIAGE: Annie suspects blackmail when the beau of a young girl suddenly calls off their engagement and announces he is leaving the territory.

BULL'S EYE: This rarely-seen original 1952 pilot episode features Annie with an impossible Eastern-style hair-do and Billy Gray in his lone appearance as Tagg. Annie breaks up a gang who are poisoning the water in a game preserve.

DILEMMA AT DIABLO: A student returns home ashamed to admit to his proud father that he has flunked out of medical school and is buried in gambling debts.

TREASURE MAP: An aging laborer prays that a treasure map will hold hope for a bright future for his young daughter.

Customer Rating:
Based on 605 ratings.


This is a mixed bag of episodes but Annie Oakley fans should get it for the pilot episode "Bull's Eye" from 1952. In the pilot, Gail Davis looks and acts younger, less tough (she prays at one point), and has an outrageous hairdo worthy of Cindy from the Brady Bunch. Also, a different actor plays Annie's brother Tagg. Finally we get to see where the opening credit scene of Annie sneaking through the window comes from. The picture in the pilot is a little blurry but watchable. "Annie Makes a Marriage" is from the first season (1954), and has a light vertical line, otherwise the picture is decent, though like the pilot, it is missing the full ending credits. "Dilemma at Diablo" (1956) has poor picture quality and is just barely watchable. In "Treasure Map", also from 1956, which is in decent condition, we get to see several recognizable actors, including Lane Bradford, House Peters Jr., Glenn Strange, and a very young Shelley Fabares. This episode also has scenic location shots of Vasquez Rocks in Los Angeles County with yuccas in full bloom.