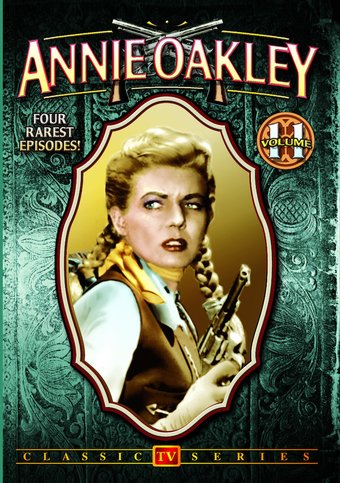 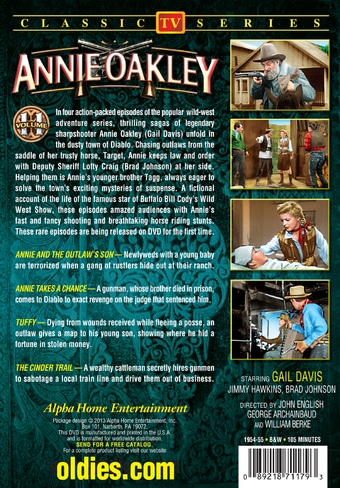 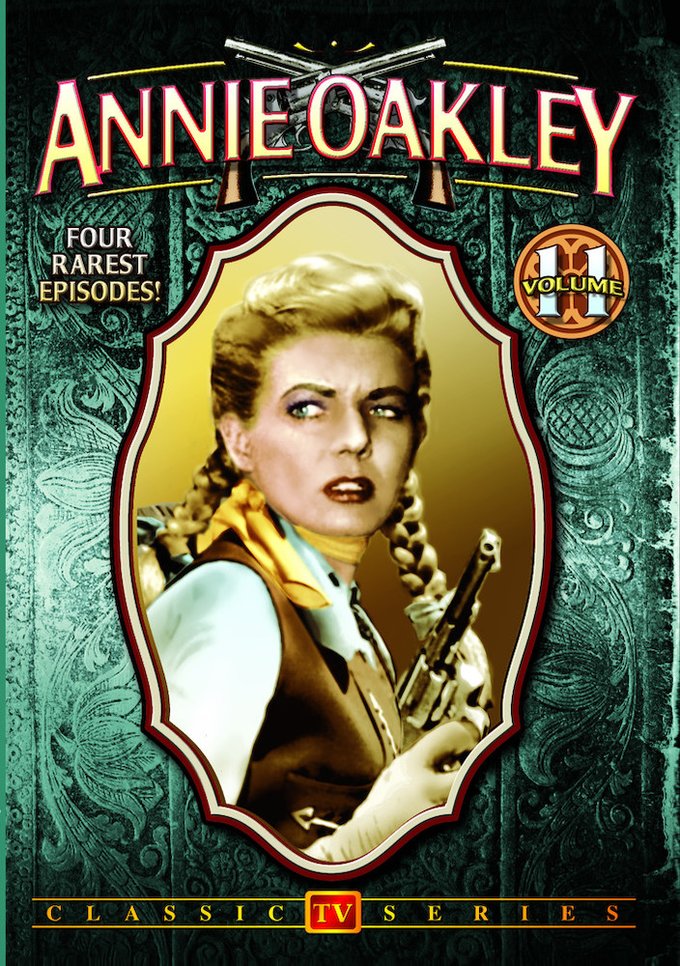 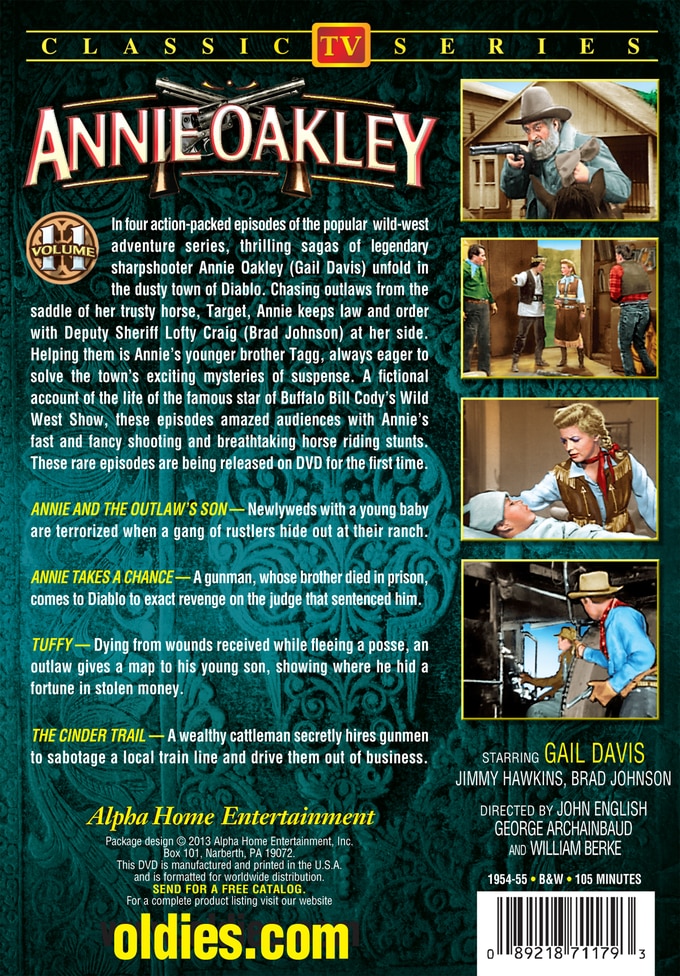 In four action-packed episodes of the popular wild-west adventure series, thrilling sagas of legendary sharpshooter Annie Oakley (Gail Davis) unfold in the dusty town of Diablo. Chasing outlaws from the saddle of her trusty horse, Target, Annie keeps law and order with Deputy Sheriff Lofty Craig (Brad Johnson) at her side. Helping them is Annie's younger brother Tagg, always eager to solve the town's exciting mysteries of suspense. A fictional account of the life of the famous star of Buffalo Bill Cody's Wild West Show, these episodes amazed audiences with Annie's fast and fancy shooting and breathtaking horse riding stunts. These rare episodes are being released on DVD for the first time.

Annie And The Outlaw's Son: Newlyweds with a young baby are terrorized when a gang of rustlers hide out at their ranch.

Annie Takes A Chance: A gunman, whose brother died in prison, comes to Diablo to exact revenge on the judge that sentenced him.

Tuffy: Dying from wounds received while fleeing a posse, an outlaw gives a map to his young son, showing where he hid a fortune in stolen money.

The Cinder Trail: A wealthy cattleman secretly hires gunmen to sabotage a local train line and drive them out of business.