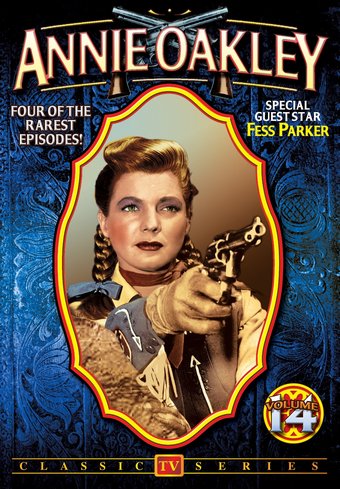 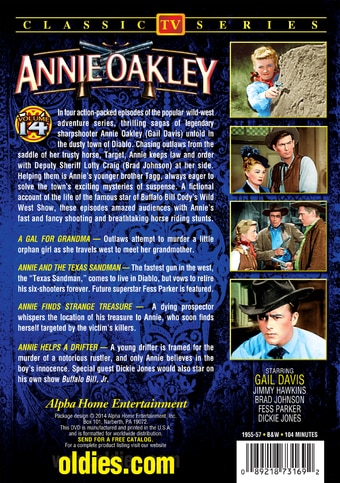 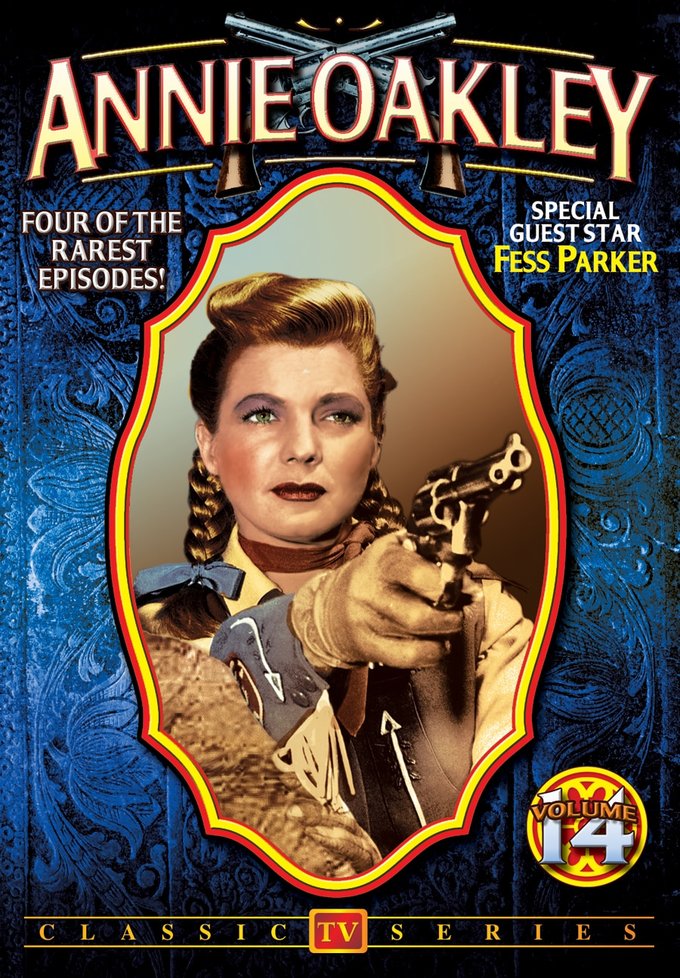 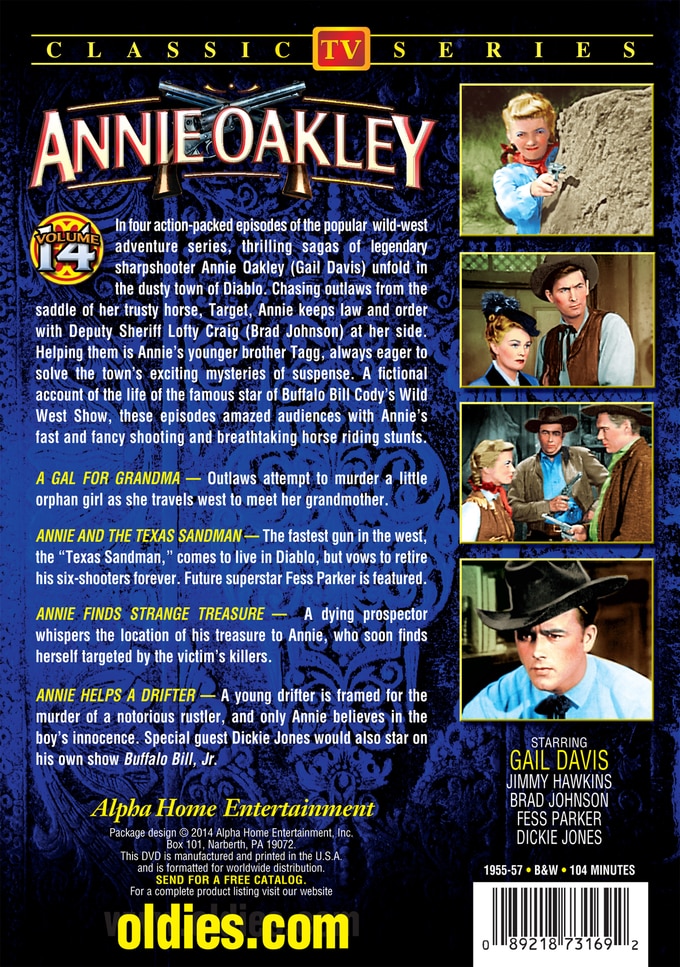 A GAL FOR GRANDMA: Outlaws attempt to murder a little orphan girl as she travels west to meet her grandmother.

ANNIE AND THE TEXAS SANDMAN: The fastest gun in the west, the "Texas Sandman," comes to live in Diablo, but vows to retire his six-shooters forever. Future superstar Fess Parker is featured.

ANNIE FINDS STRANGE TREASURE: A dying prospector whispers the location of his treasure to Annie, who soon finds herself targeted by the victim's killers.

ANNIE HELPS A DRIFTER: A young drifter is framed for the murder of a notorious rustler, and only Annie believes in the boy's innocence. Special guest Dickie Jones would also star on his own show Buffalo Bill, Jr.