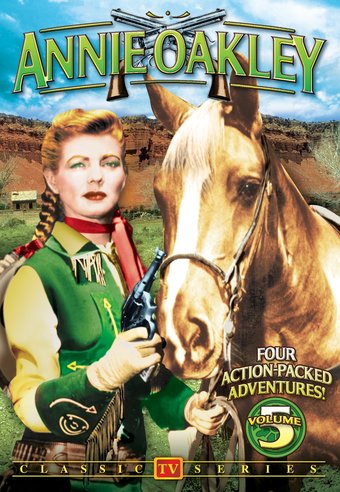 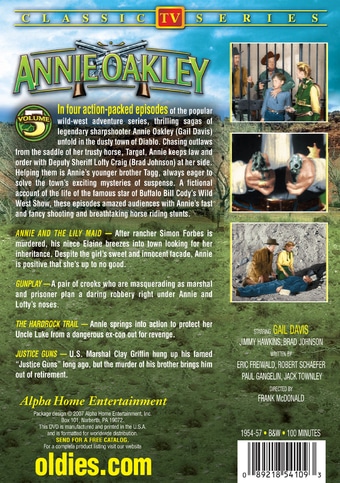 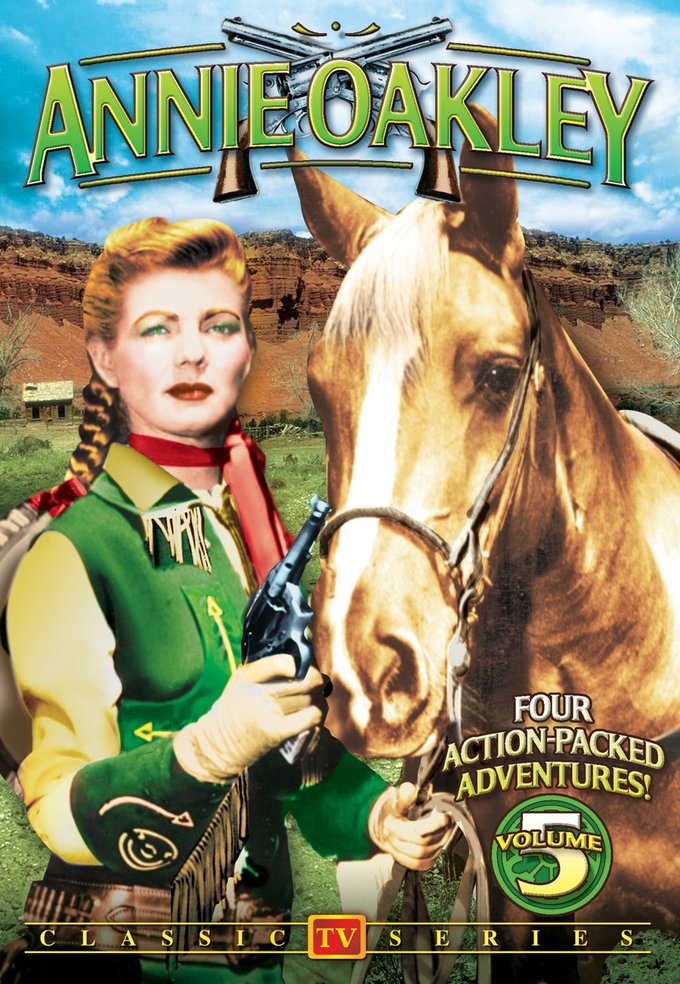 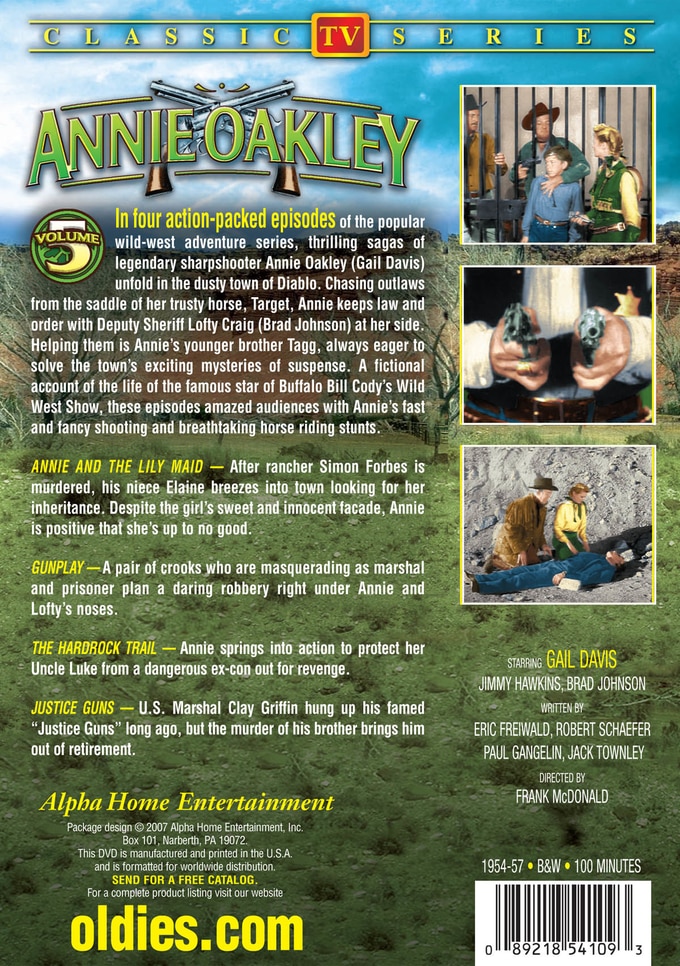 Annie and the Lily Maid: After rancher Simon Forbes is murdered, his niece Elaine breezes into town looking for her inheritance. Despite the girl's sweet and innocent facade, Annie is positive that she's up to no good.

Gunplay: A pair of crooks who are masquerading as marshal and prisoner plan a daring robbery right under Annie and Lofty's noses.

The Hardrock Trail: Annie springs into action to protect her Uncle Luke from a dangerous ex-con out for revenge.

Justice Guns: U.S. Marshal Clay Griffin hung up his famed "Justice Guns" long ago, but the murder of his brother brings him out of retirement.

Customer Rating:
Based on 603 ratings.


All the episodes on Volume 5 are from the first season (1954), and last from 24 and a half to 26 minutes, so they seem to be complete. "Annie and the Lily Maid" has a very good video transfer and looks like it was filmed near the Sierra Mountains. "Gunplay" also looks very good and is entertaining - it was filmed in the Antelope Valley near where I live - yay! "The Hardrock Trail" is a little blurry but you do get to see Gail Davis in a pretty dress with a gun belt on, a rare sight! Annie helps a retired marshal with failing eyes in "Justice Guns", and wait till you see what see does at the very end - I don't want to spoil it. The video on this episode is not in great condition but it's still enjoyable.