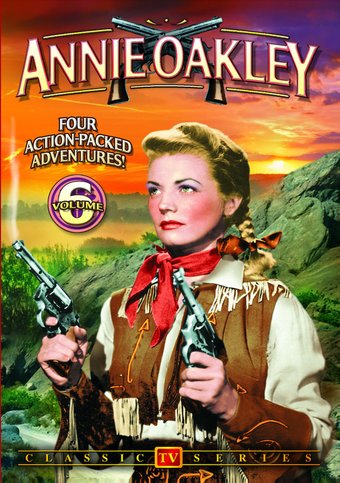 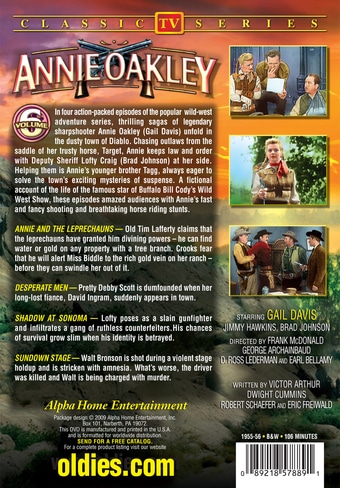 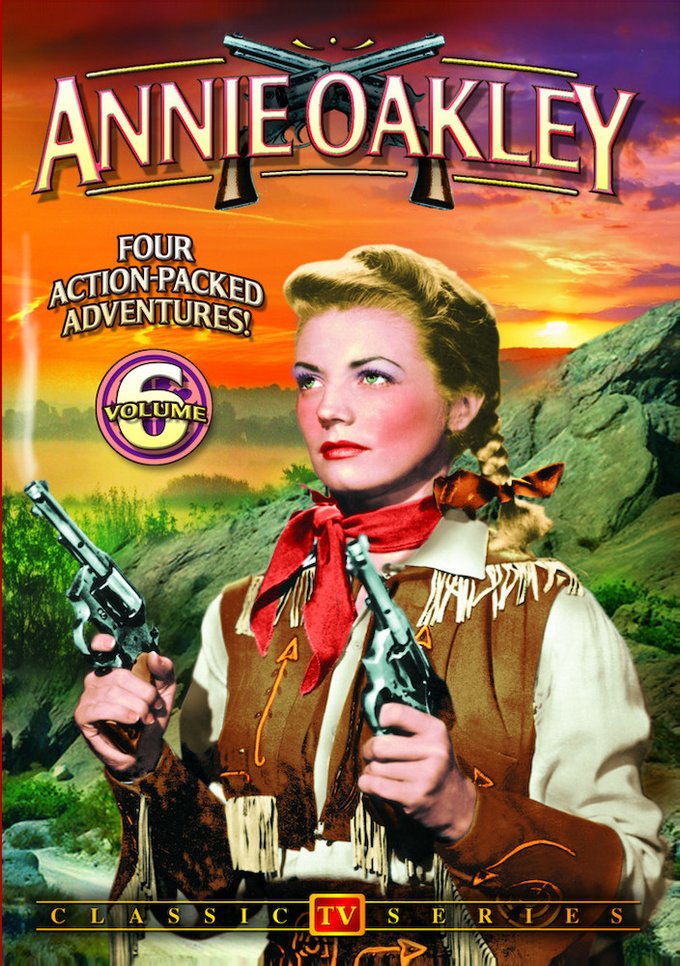 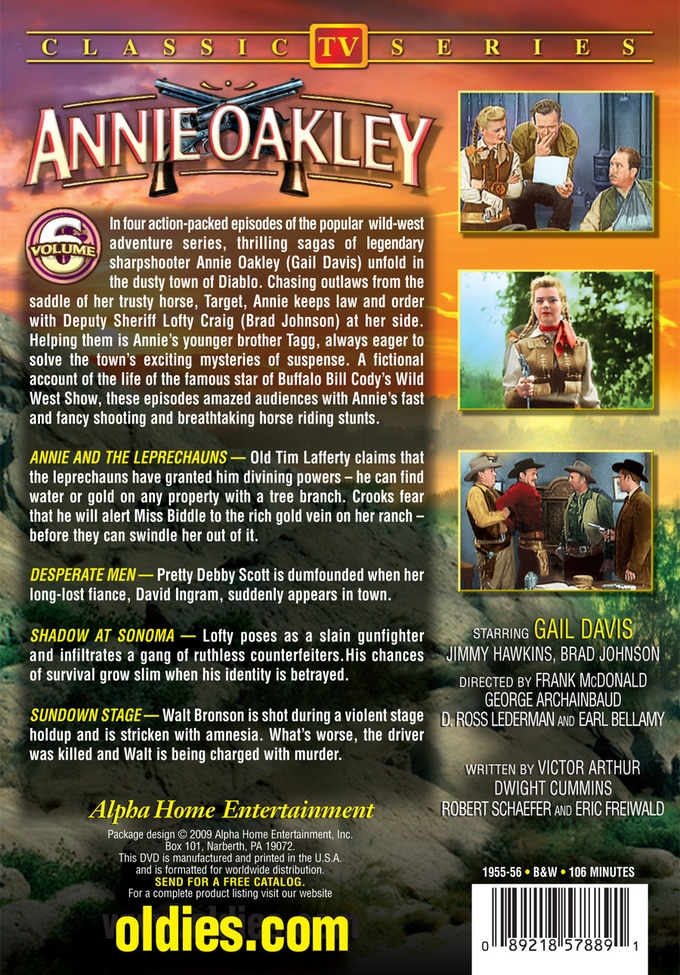 Annie And The Leprechauns: Old Tim Lafferty claims that the leprechauns have granted him divining powers - he can find water or gold on any property with a tree branch. Crooks fear that he will alert Miss Biddle to the rich gold vein on her ranch - before they can swindle her out of it.

Shadow At Sonoma: Lofty poses as a slain gunfighter and infiltrates a gang of ruthless counterfeiters. His chances of survival grow slim when his identity is betrayed.

Sundown Stage: Walt Bronson is shot during a violent stage holdup and is stricken with amnesia. What's worse, the driver was killed and Walt is being charged with murder.