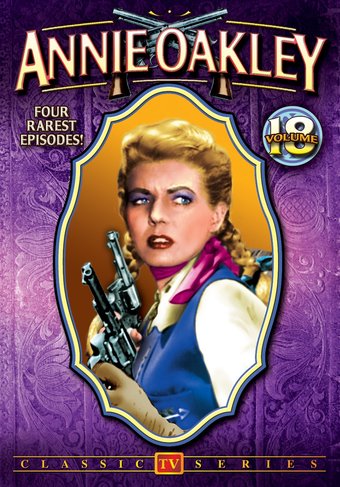 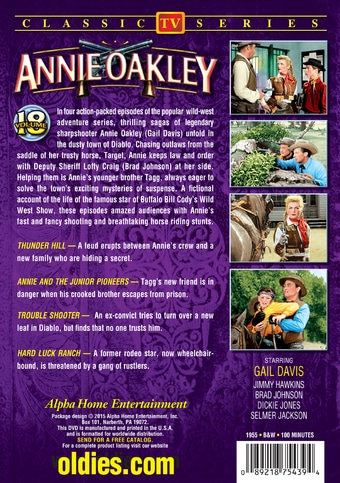 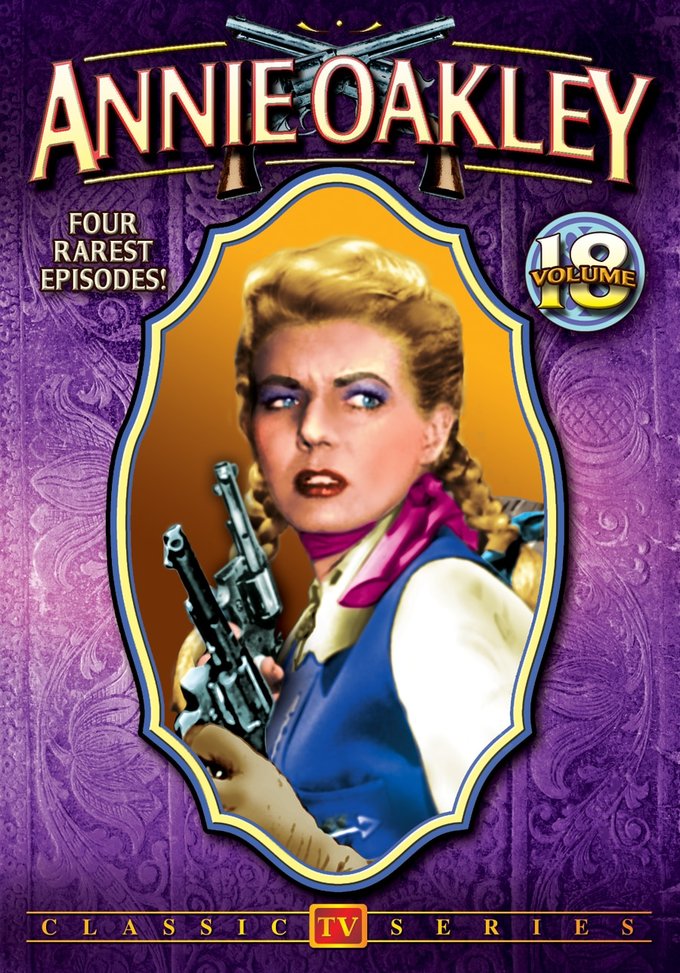 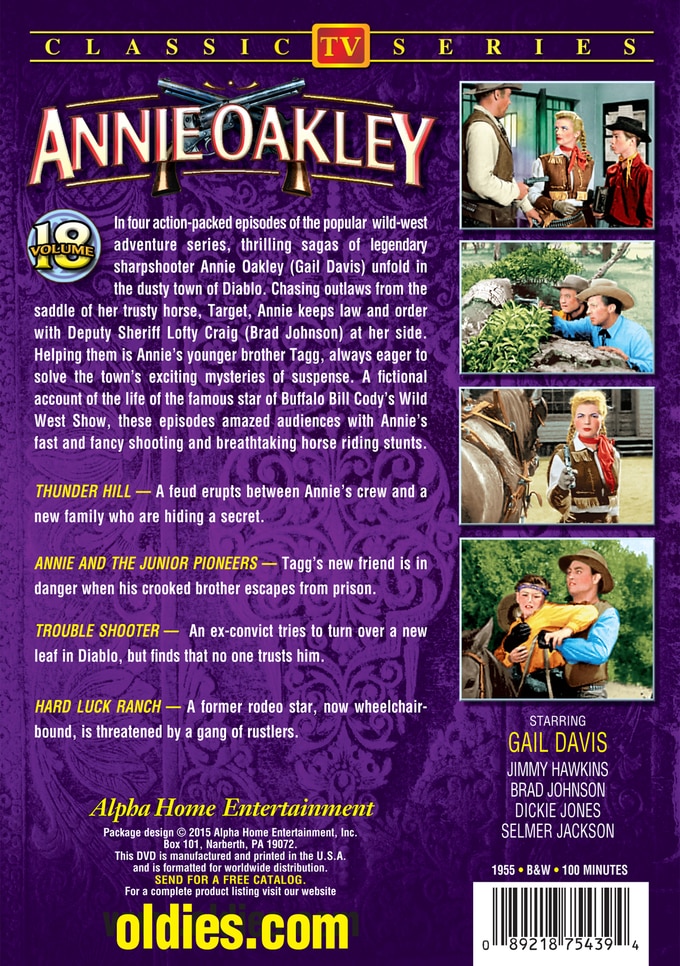 In four action-packed episodes of the popular wild-west adventure series, thrilling sagas of legendary sharpshooter Annie Oakley unfold in the dusty town of Diablo. Chasing outlaws from the saddle of her trusty horse, Target, Annie keeps law and order with Deputy Sheriff Lofty Craig at her side. Helping them is Annie's younger brother Tagg, always eager to solve the town's exciting mysteries of suspense. A fictional account of the life of the famous star of Buffalo Bill Cody's Wild West Show, these episodes amazed audiences with Annie's fast and fancy shooting and breathtaking horse riding stunts.

THUNDER HILL: A feud erupts between Annie's crew and a new family who are hiding a secret.

ANNIE AND THE JUNIOR PIONEERS: Tagg's new friend is in danger when his crooked brother escapes from prison.

TROUBLE SHOOTER: An ex-convict tries to turn over a new leaf in Diablo, but finds that no one trusts him.

HARD LUCK RANCH: A former rodeo star, now wheelchair-bound, is threatened by a gang of rustlers.