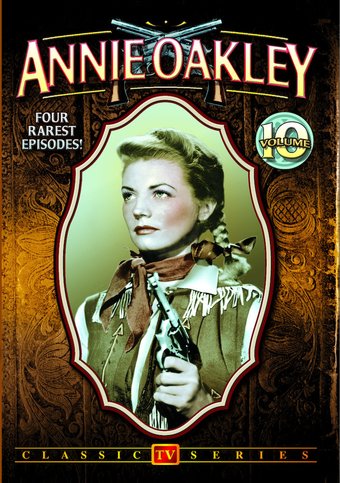 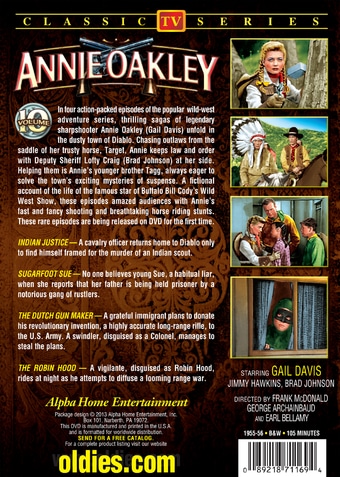 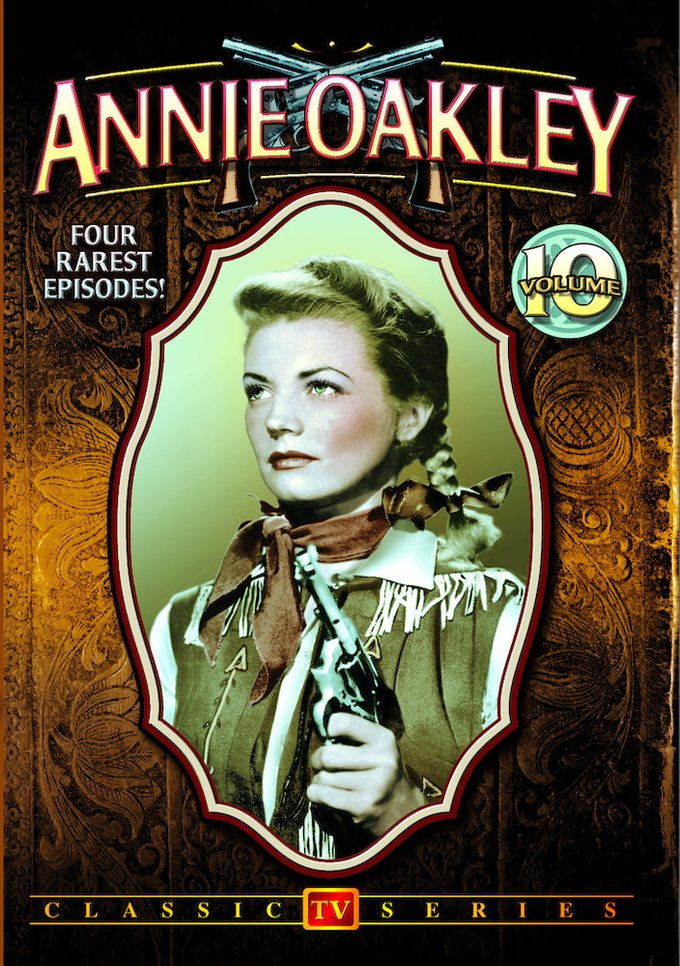 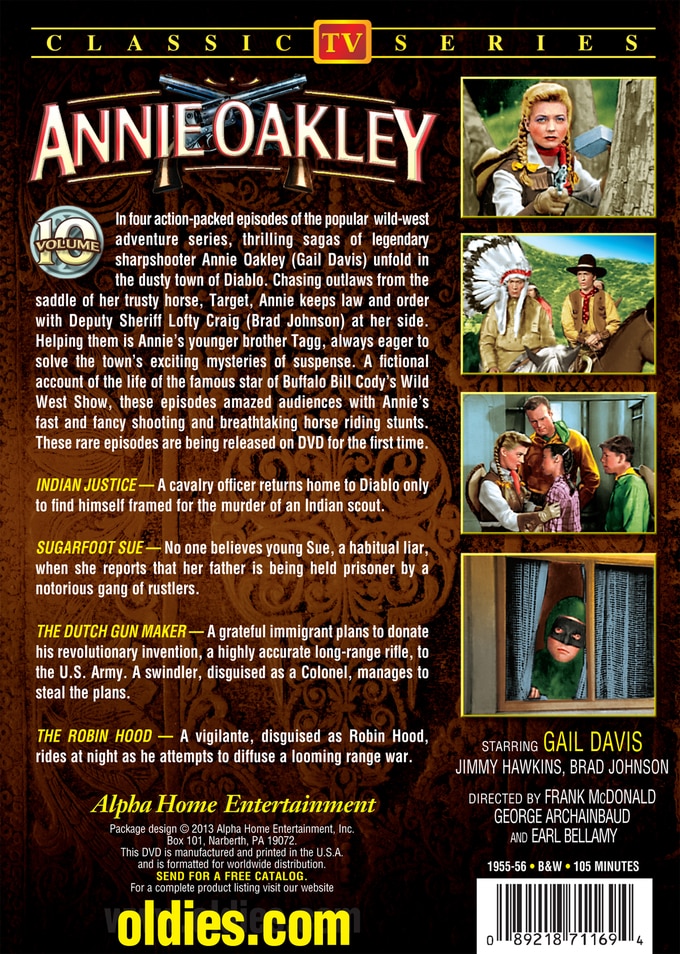 In four action-packed episodes of the popular wild-west adventure series, thrilling sagas of legendary sharpshooter Annie Oakley (Gail Davis) unfold in the dusty town of Diablo. Chasing outlaws from the saddle of her trusty horse, Target, Annie keeps law and order with Deputy Sheriff Lofty Craig (Brad Johnson) at her side. Helping them is Annie's younger brother Tagg, always eager to solve the town's exciting mysteries of suspense. A fictional account of the life of the famous star of Buffalo Bill Cody's Wild West Show, these episodes amazed audiences with Annie's fast and fancy shooting and breathtaking horse riding stunts. These rare episodes are being released on DVD for the first time.

Indian Justice: A cavalry officer returns home to Diablo only to find himself framed for the murder of an Indian scout.

Sugarfoot Sue: No one believes young Sue, a habitual liar, when she reports that her father is being held prisoner by a notorious gang of rustlers.

The Dutch Gun Maker: A grateful immigrant plans to donate his revolutionary invention, a highly accurate long-range rifle, to the U.S. Army. A swindler, disguised as a Colonel, manages to steal the plans.

The Robin Hood: A vigilante, disguised as Robin Hood, rides at night as he attempts to diffuse a looming range war.