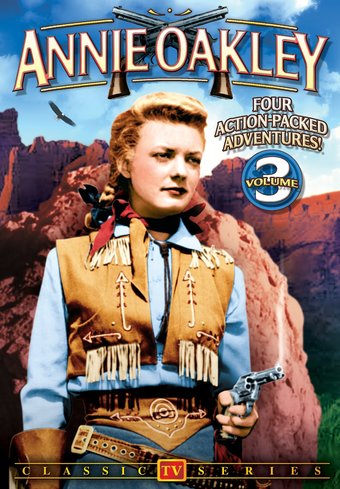 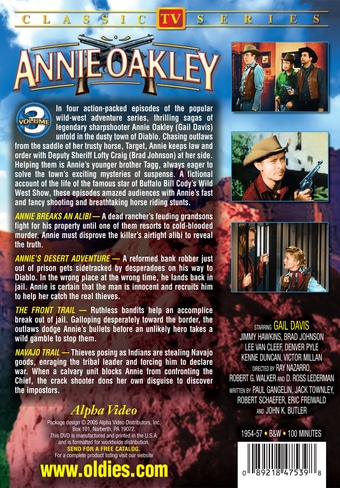 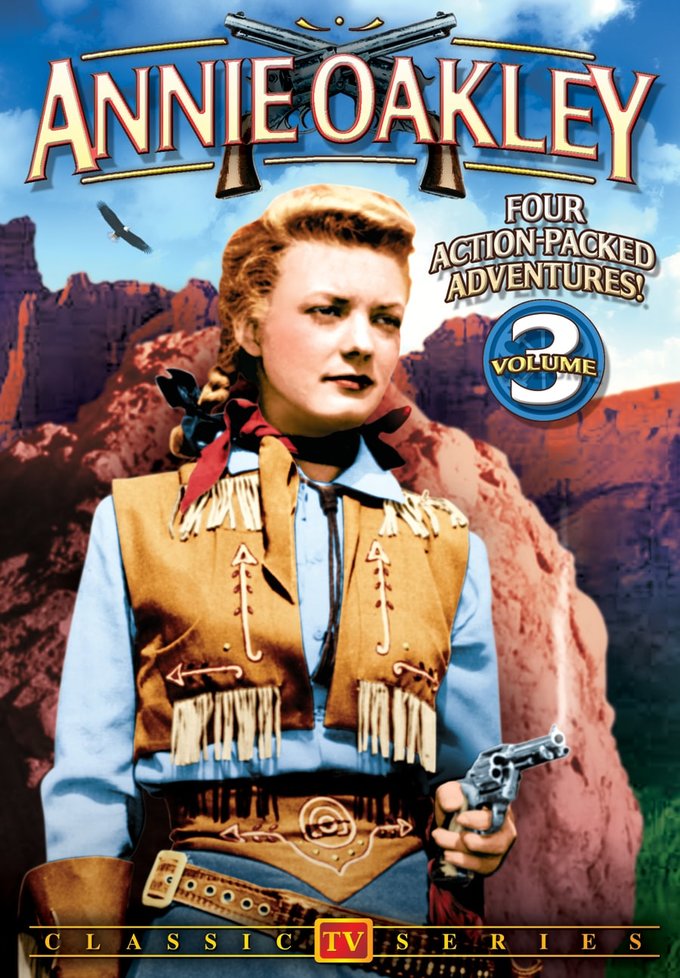 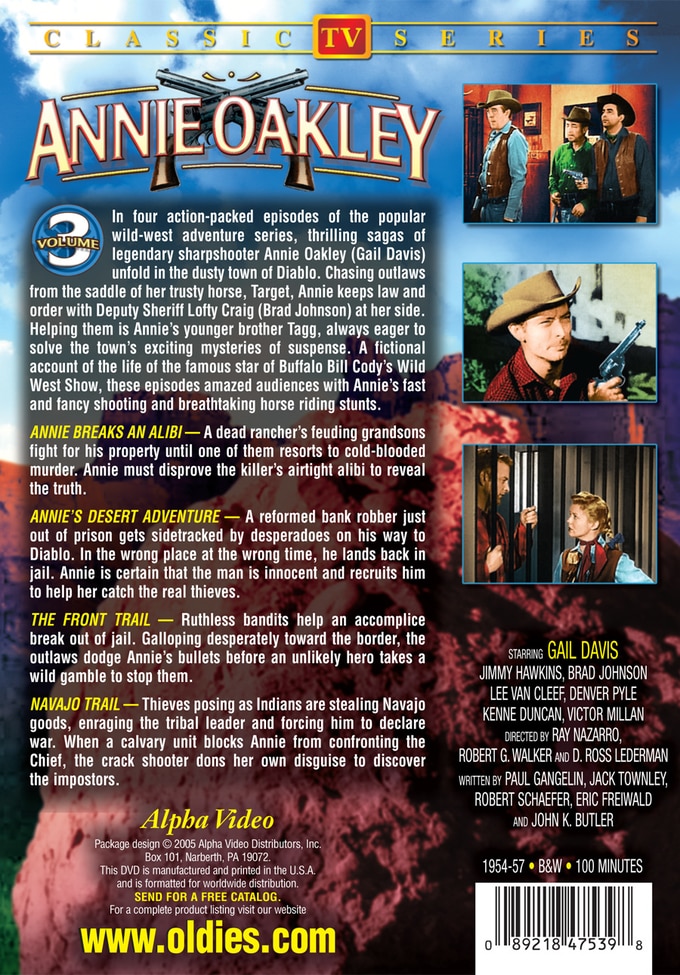 Annie Breaks An Alibi: A dead rancher's feuding grandsons fight for his property until one of them resorts to cold-blooded murder. Annie must disprove the killer's airtight alibi to reveal the truth.

Annie's Desert Adventure: A reformed bank robber just out of prison gets sidetracked by desperadoes on his way to Diablo. In the wrong place at the wrong time, he lands back in jail. Annie is certain that the man is innocent and recruits him to help her catch the real thieves.

The Front Trail: Ruthless bandits help an accomplice break out of jail. Galloping desperately toward the border, the outlaws dodge Annie's bullets before an unlikely hero takes a wild gamble to stop them.

Navajo Trail: Thieves posing as Indians are stealing Navajo goods, enraging the tribal leader and forcing him to declare war. When a calvary unit blocks Annie from confronting the Chief, the crack shooter dons her own disguise to discover the impostors.

Law and order needs to be upheld in the old west, and who better to do it than ANNIE OAKLEY' This third volume of episodes from the show sees Annie (Gail Davis) and her Deputy Sheriff Lofty (Brad Johnson) chasing after various miscreants as they attempt to restore the peace. In "Annie Breaks An Alibi," our heroine goes after a murderer, but struggles to disprove their alibi; "Annie's Desert Adventure" sees Annie attempting to free a man who she believes has been incorrectly incarcerated; "The Front Trail" features a gang of bandits for Annie to grapple with; and finally, in "Navajo Trail" some Indian appear in town, but appearances can be deceptive, as Annie discovers for herself.