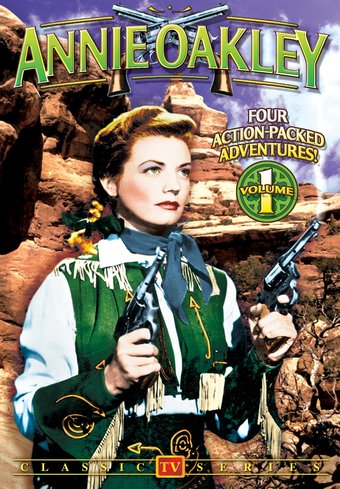 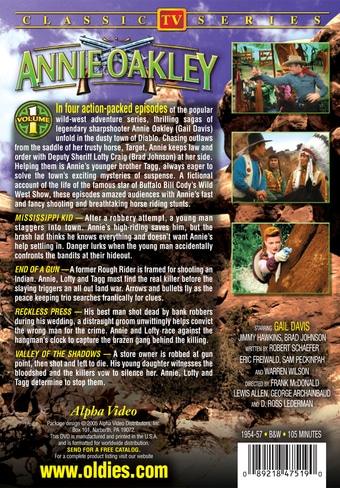 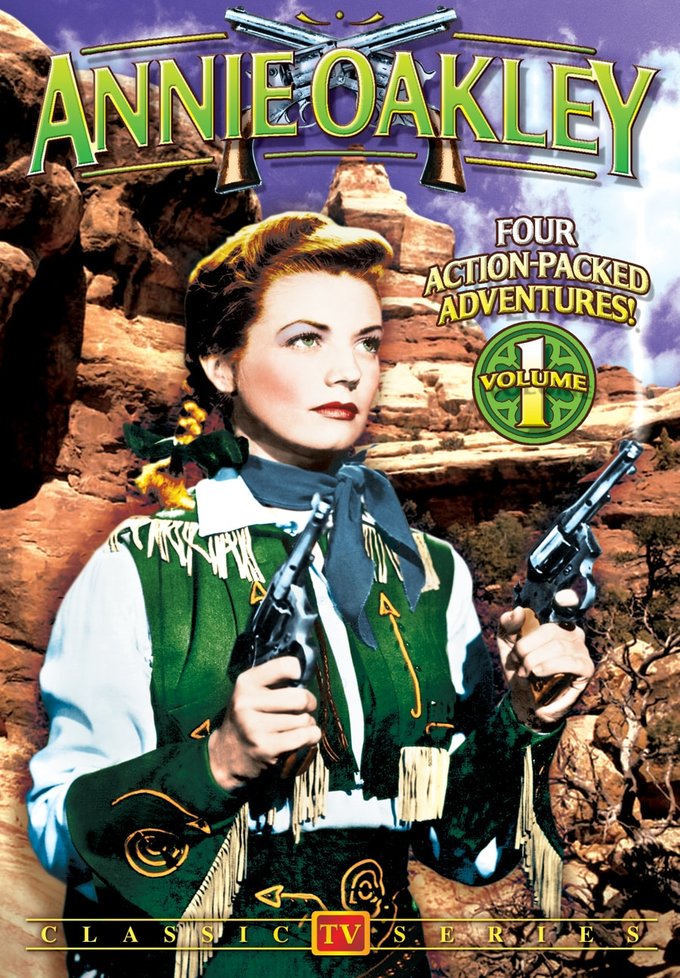 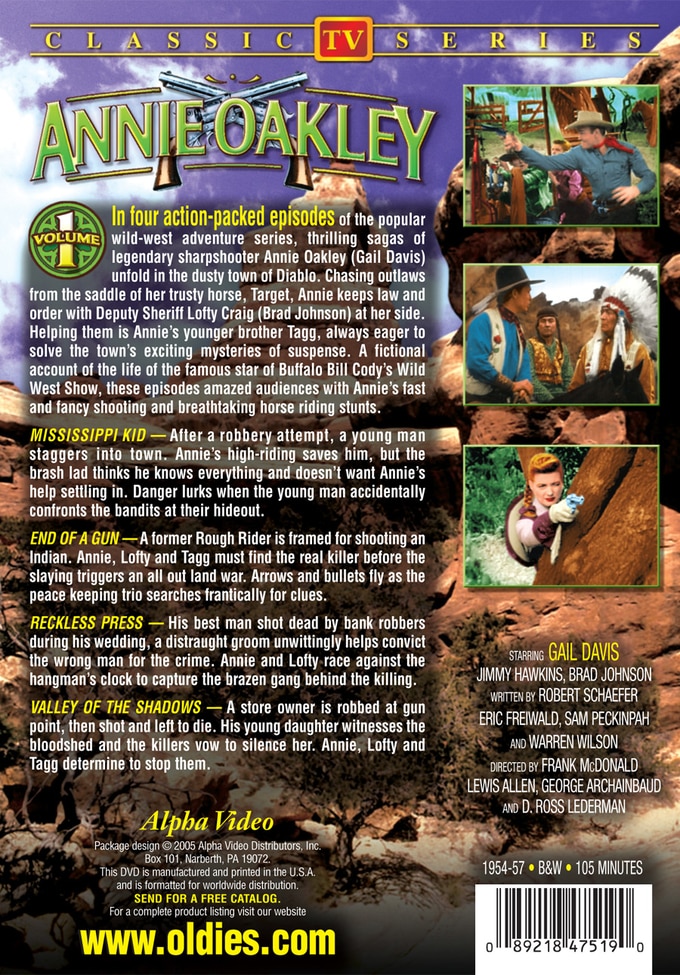 Mississippi Kid: After a robbery attempt, a young man staggers into town. Annie's high-riding saves him, but the brash lad thinks he knows everything and doesn't want Annie's help settling in. Danger lurks when the young man accidentally confronts the bandits at their hideout.

End of a gun: A former Rough Rider is framed for shooting an Indian. Annie, Lofty and Tagg must find the real killer before the slaying triggers an all out land war. Arrows and bullets fly as the peace keeping trio searches frantically for clues.

Reckless Press: His best man shot dead by bank robbers during his wedding, a distraught groom unwittingly helps convict the wrong man for the crime. Annie and Lofty race against the hangman's clock to capture the brazen gang behind the killing.

Valley of the Shadows: A store owner is robbed at gun point, then shot and left to die. His young daughter witnesses the bloodshed and the killers vow to silence her. Annie, Lofty and Tagg are determined to stop them.

Gail Davis stars as Annie Oakley in this first volume of episodes from the popular 1950s TV show set in the ominously named town of Diablo. Annie's adventures find her thwarting criminals as she gallops around on her faithful horse, often with loyal Deputy Sheriff Lofty Craig (Brad Johnson) at her side. The four episodes included here offer fictionalized tales of the Old West, with Davis playing a character based on the real Annie Oakley, a sharpshooter in the late 1800s who was the inspiration for the musical ANNIE GET YOUR GUN.

Customer Rating:
Based on 612 ratings.


Good family entertainment, a nice blend of action, mystery, and humor. I was a bit surprised that Annie more often uses her mental sleuthing skills rather than the sharpshooting the character is famous for (though you still get to see her shoot or do tricks on occasion). Gail Davis is great as Annie! Enjoyed seeing the scenic Vasquez Rocks, (near where I live) in one of the episodes.

The video quality is very watchable, though not perfect. Sometimes you can see the dirt around the frame, presumably from the film machine used for the transfer. Also the episode "Indian Justice" (not written by Sam Peckinpah), is wrongly identified as "End of a Gun" due to the splicing in of a title sequence from a totally different western show. This episode has a couple of other splices and may be missing about a minute. The other episodes run for at least 25 minutes and seem to be complete. Note: episodes are from various seasons and not in broadcast order.