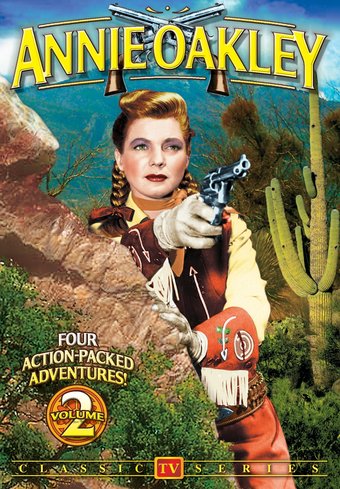 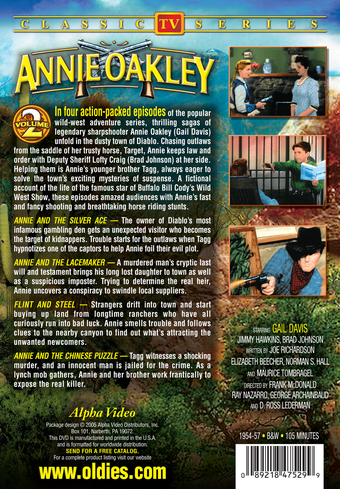 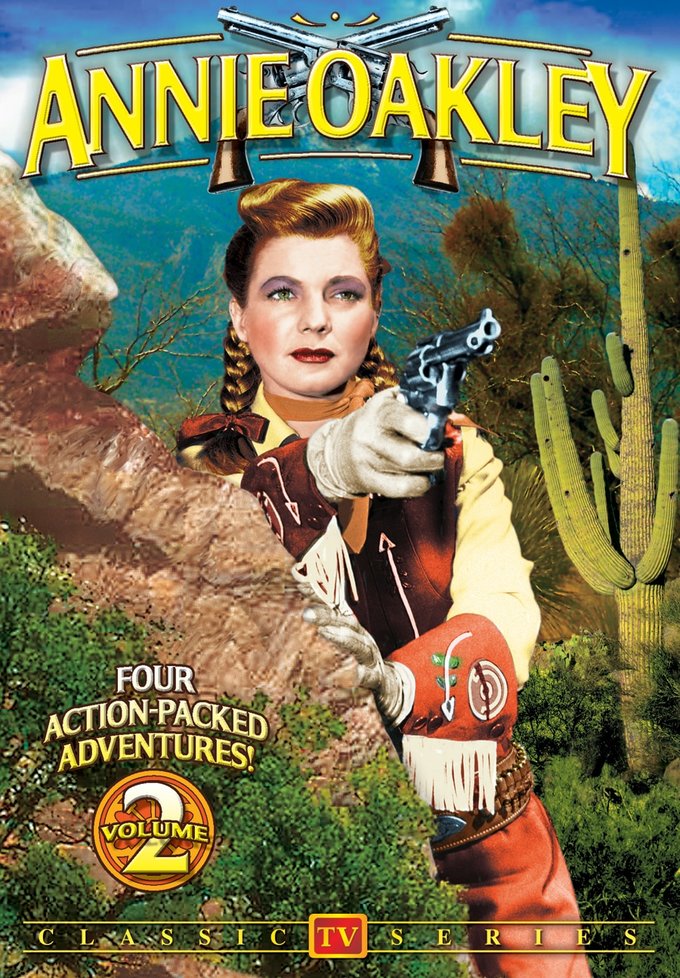 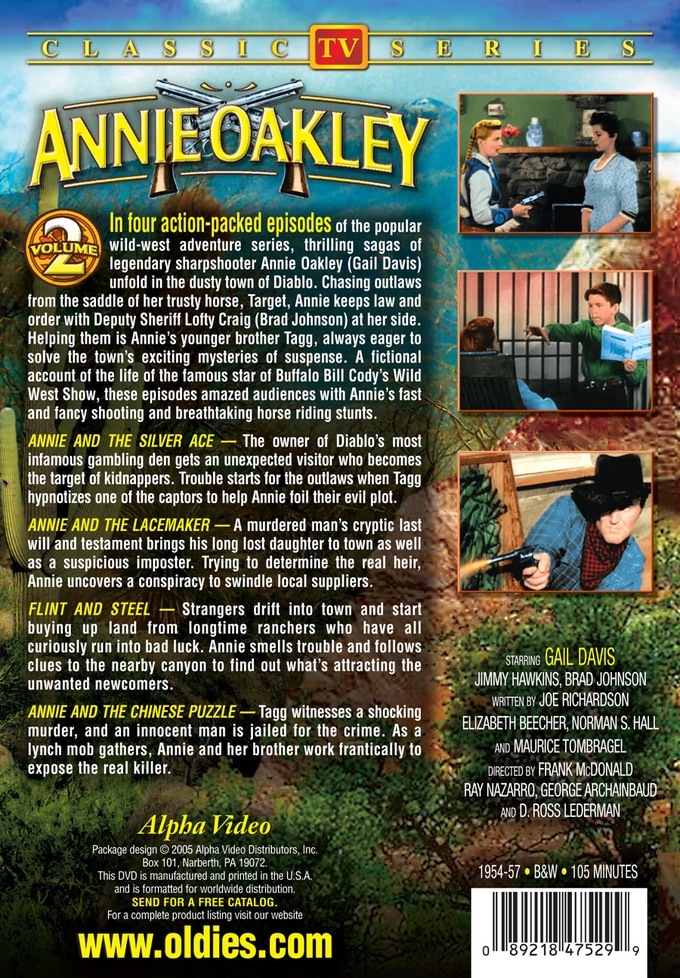 Annie and the Silver Ace: The owner of Diablo's most infamous gambling den gets an unexpected visitor who becomes the target of kidnappers. Trouble starts for the outlaws when Tagg hypnotizes one of the captors to help Annie foil their evil plot.

Annie and the Lacemaker: A murdered man's cryptic last will and testament brings his long lost daughter to town as well as a suspicious imposter. Trying to determine the real heir, Annie uncovers a conspiracy to swindle local suppliers.

Flint and Steel: Strangers drift into town and start buying up land from longtime ranchers who have all curiously run into bad luck. Annie smells trouble and follows clues to the nearby canyon to find out what's attracting the unwanted newcomers.

Annie and the Chinese Puzzle: Tagg witnesses a shocking murder, and an innocent man is jailed for the crime. As a lynch mob gathers, Annie and her brother work frantically to expose the real killer.

This second volume of episodes from ANNIE OAKLEY (Gail Davis) sees the female gunslinger heading out into the Old West once again. Always quick to recognize some lawless citizens who are up to no good, Annie puts some jail-fodder behind bars in these four episodes from the show. Among them are "Annie and the Silver Ace," "Annie and the Lacemaker," "Flint and Steel," and "Annie and the Chinese Puzzle."

Customer Rating:
Based on 609 ratings.

One of my favorite collections in the series. Movie Lover: Fan Tao from California -- February, 11, 2014


Volume 2 contains some of the more interesting and entertaining episodes. "Annie and the Silver Ace" is from the first season and features frequent guest Harry Lauter as the owner of a gambling saloon whom Annie tries to reform. She is so nice to him, you wonder if he is an old flame (Harry appeared a dozen times on the show, though as different characters). Kid brother Tagg has an important role using hypnosis, of all things! Alan Hale, Jr., is very funny as the bad guy subject to Tagg's spell. "Annie and the Lacemaker", from the last season, has another unusual plot device where a lace dress helps to determine which girl is the true heir to a man's estate. Lots of mystery in this episode. "Flint and Steel", another season 3 episode, is a more traditional western story about some thugs who try to force ranchers off their land to grab it. Annie gets to do some sharpshooting here (using different jacketed bullets!) to save the day. She gets some help from one of the ranch wives - does she knows how to ride and shoot? Of course! "Annie and the Chinese Puzzle" (season 2) tells the story of how Annie and Tagg help a laundry owner (Key Luke) framed for a murder, with themes of bigotry and when to tell the truth. Overall, a great selection of episodes. You get to see the deepening relationship between Annie and Deputy Lofty - she practically proposes to him in one the episodes, and the growth of Tagg, who almost towers over Annie by the last season.