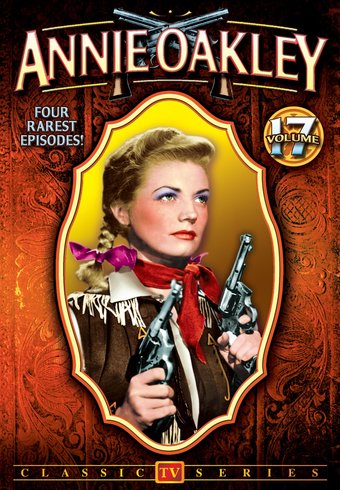 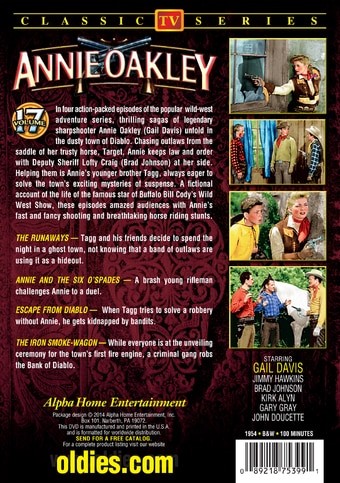 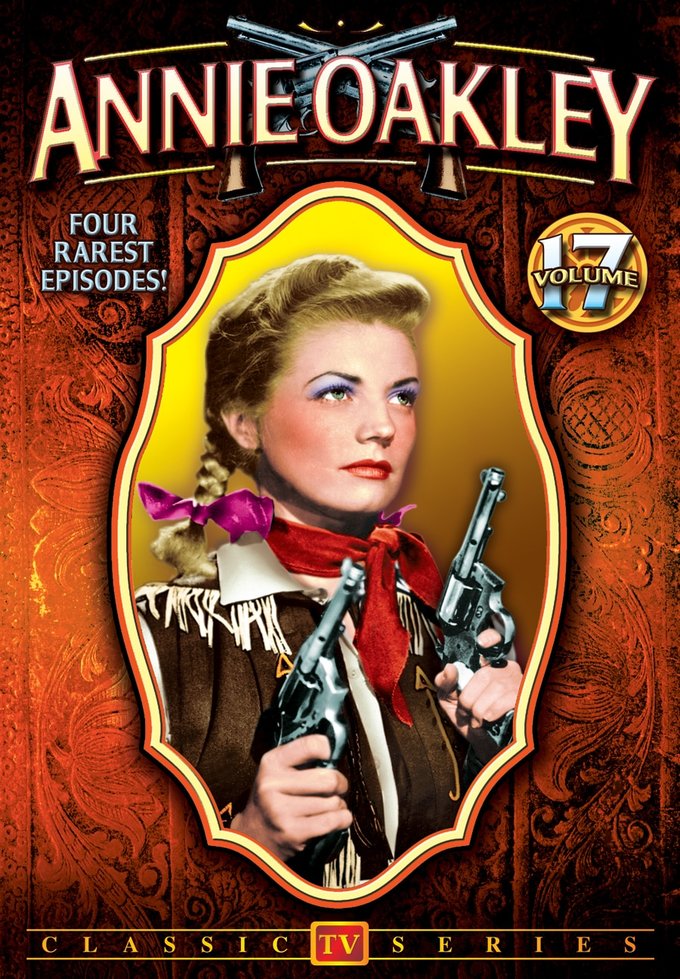 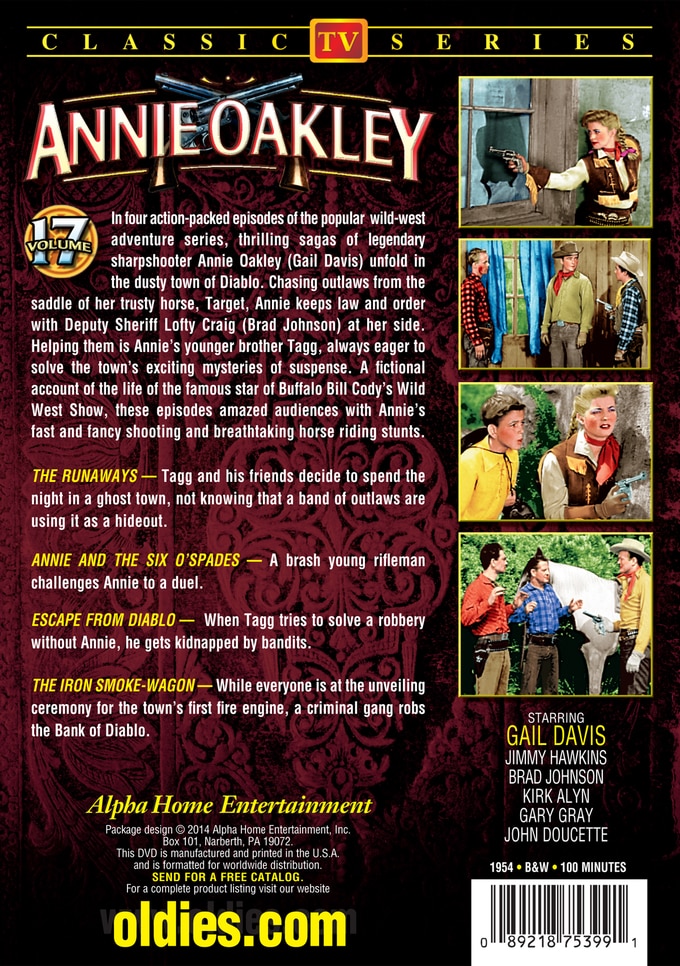 In four action-packed episodes of the popular wild-west adventure series, thrilling sagas of legendary sharpshooter Annie Oakley unfold in the dusty town of Diablo. Chasing outlaws from the saddle of her trusty horse, Target, Annie keeps law and order with Deputy Sheriff Lofty Craig at her side. Helping them is Annie's younger brother Tagg, always eager to solve the town's exciting mysteries of suspense. A fictional account of the life of the famous star of Buffalo Bill Cody's Wild West Show, these episodes amazed audiences with Annie's fast and fancy shooting and breathtaking horse riding stunts.

THE RUNAWAYS: Tagg and his friends decide to spend the night in a ghost town, not knowing that a band of outlaws are using it as a hideout.

ANNIE AND THE SIX O'SPADES : A brash young rifleman challenges Annie to a duel.

ESCAPE FROM DIABLO: When Tagg tries to solve a robbery without Annie, he gets kidnapped by the bandits.

THE IRON SMOKE-WAGON: While everyone is at the unveiling ceremony for the town's first fire engine, a criminal gang robs the Bank of Diablo.