The Range Busters save the day in two western classics. 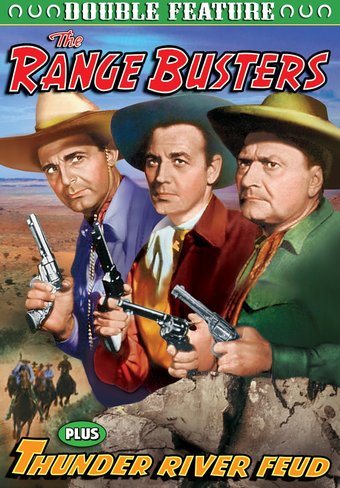 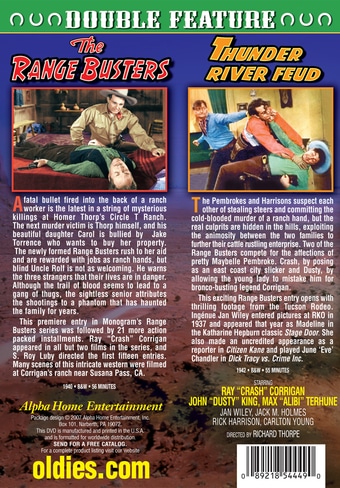 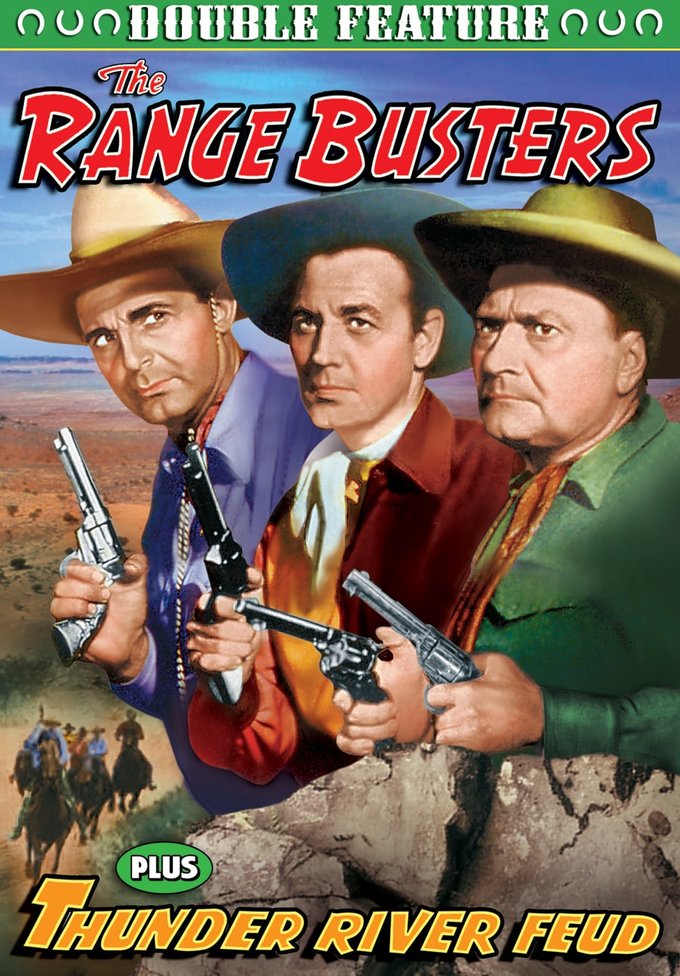 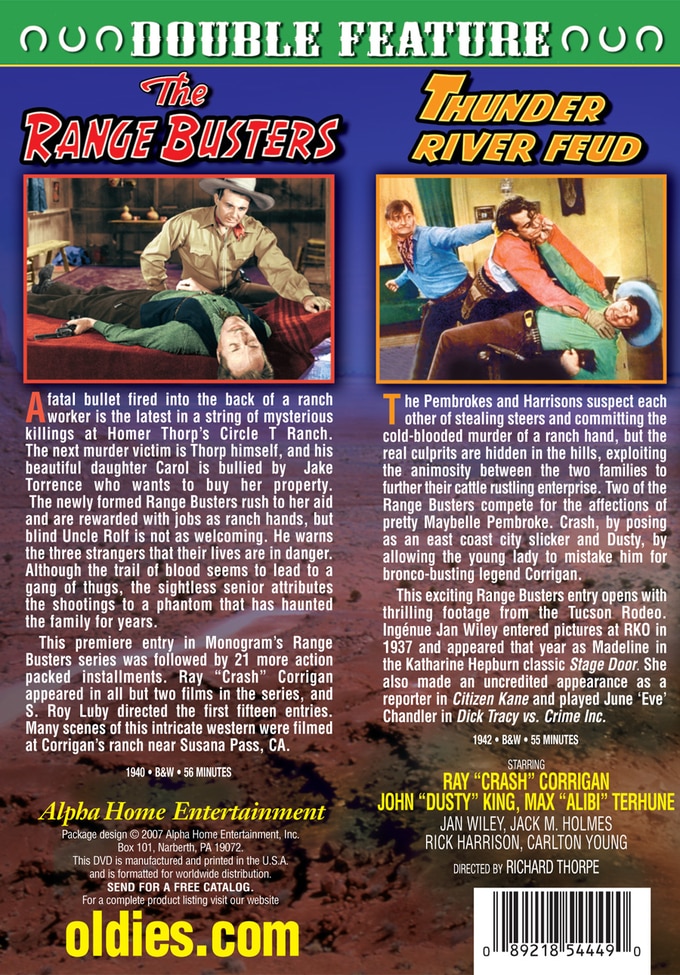 The Range Busters (1940, B&W, 56 minutes): A fatal bullet fired into the back of a ranch worker is the latest in a string of mysterious killings at Homer Thorp's Circle T Ranch. The next murder victim is Thorp himself, and his beautiful daughter Carol is bullied by Jake Torrence who wants to buy her property. The newly formed Range Busters rush to her aid and are rewarded with jobs as ranch hands, but blind Uncle Rolf is not as welcoming. He warns the three strangers that their lives are in danger. Although the trail of blood seems to lead to a gang of thugs, the sightless senior attributes the shootings to a phantom that has haunted the family for years.

This premiere entry in Monogram's Range Busters series was followed by 21 more action packed installments. Ray "Crash" Corrigan appeared in all but two films in the series, and S. Roy Luby directed the first fifteen entries. Many scenes of this intricate western were filmed at Corrigan's ranch near Susana Pass, California.

Thunder River Feud (1942, B&W, 55 minutes): The Pembrokes and Harrisons suspect each other of stealing steers and committing the cold-blooded murder of a ranch hand, but the real culprits are hidden in the hills, exploiting the animosity between the two families to further their cattle rustling enterprise. Two of the Range Busters compete for the affections of pretty Maybelle Pembroke. Crash, by posing as an east coast city slicker and Dusty, by allowing the young lady to mistake him for bronco-busting legend Corrigan.

This exciting Range Busters entry opens with thrilling footage from the Tucson Rodeo. Ingenue Jan Wiley entered pictures at RKO in 1937 and appeared that year as Madeline in the Katharine Hepburn classic Stage Door. She also made an uncredited appearance as a reporter in Citizen Kane and played June 'Eve' Chandler in Dick Tracy vs. Crime Inc.


Alpha put a lot of effort in this, which features the very first appearance of the Range Busters. The cover art is magnificent and the menu page is clever also, featuring crickets from the wide open spaces. The print on Range Busters (the movie) is well worn but who really cares and Thunder River Feud is in pretty good shape anyway. Both movies are a lot of fun.