This Is The Army 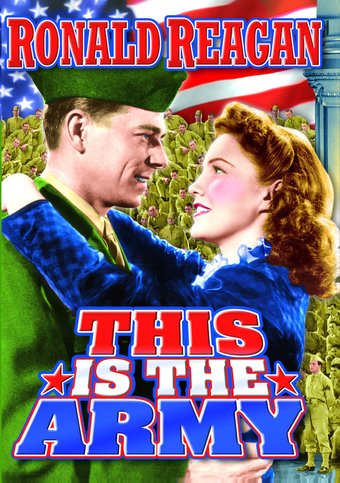 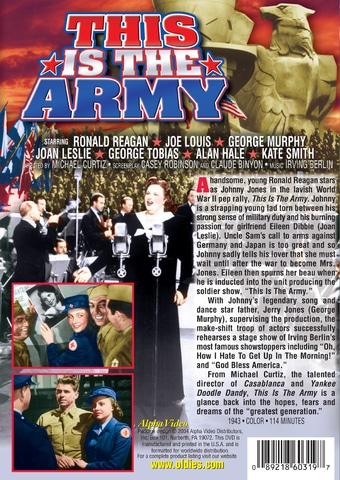 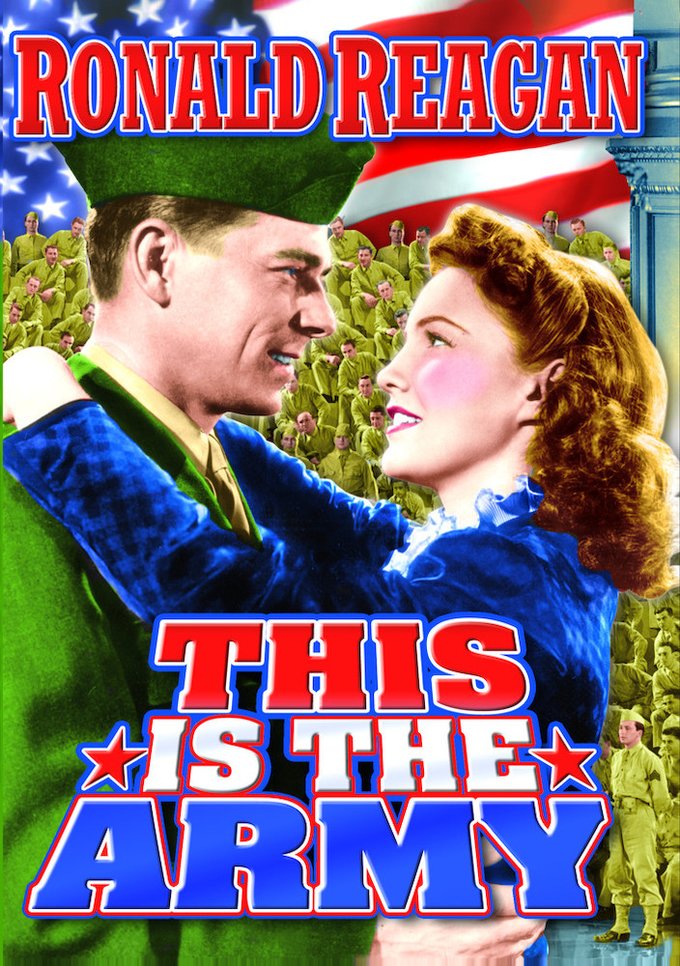 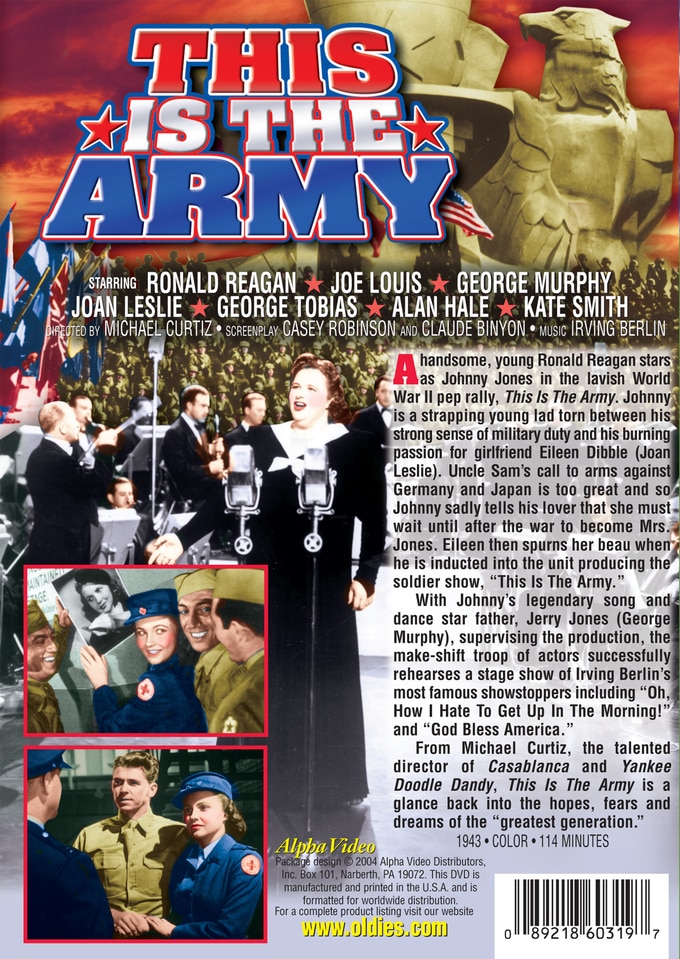 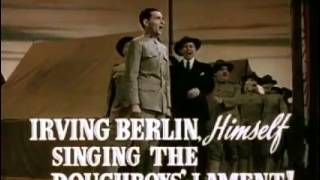 This Is The Army - (Original Trailer)

A handsome, young Ronald Reagan stars as Johnny Jones in the lavish World War II pep rally, This Is The Army. Johnny is a strapping young lad torn between his strong sense of military duty and his burning passion for girlfriend Eileen Dibble (Joan Leslie). Uncle Sam's call to arms against Germany and Japan is too great and so Johnny sadly tells his lover that she must wait until after the war to become Mrs. Jones. Eileen then spurns her beau when he is inducted into the unit producing the soldier show, "This Is The Army." With Johnny's legendary song and dance star father, Jerry Jones (George Murphy), supervising the production, the make-shift troop of actors successfully rehearses a stage show of Irving Berlin's most famous showstoppers including "Oh, How I Hate To Get Up In The Morning!" and "God Bless America."

From Michael Curtiz, the talented director of Casablanca and Yankee Doodle Dandy, This Is The Army is a glance back into the hopes, fears and dreams of the "greatest generation."

Irving Berlin's musical tribute, THIS IS THE ARMY, honors the patriotic efforts of American soldiers during World Wars I and II. Berlin appears as himself, as does singer Kate Smith, who delivers a rousing rendition of "God Bless America" for which she received the Congressional Gold Medal. Academy Awards: Best Scoring of a Musical Picture.