This witty classic satire showcases Carole Lombard at her best. When she is mistakenly diagnosed with radium poisoning, a cynical reporter exploits her misfortune to increase circulation. Among the best screwball comedies of the 1930s. 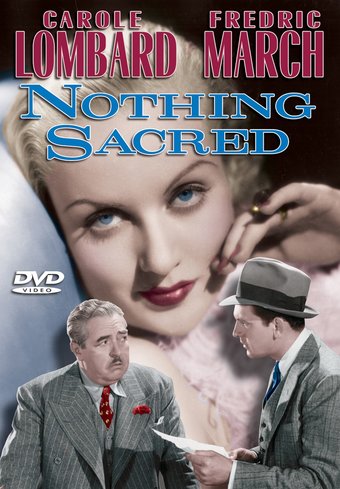 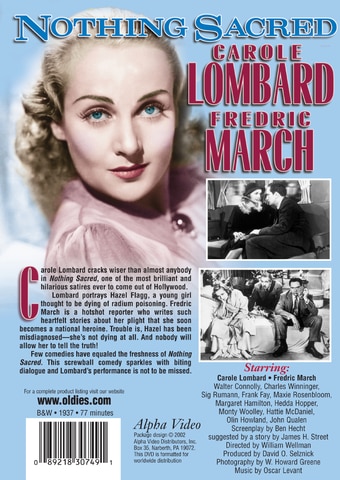 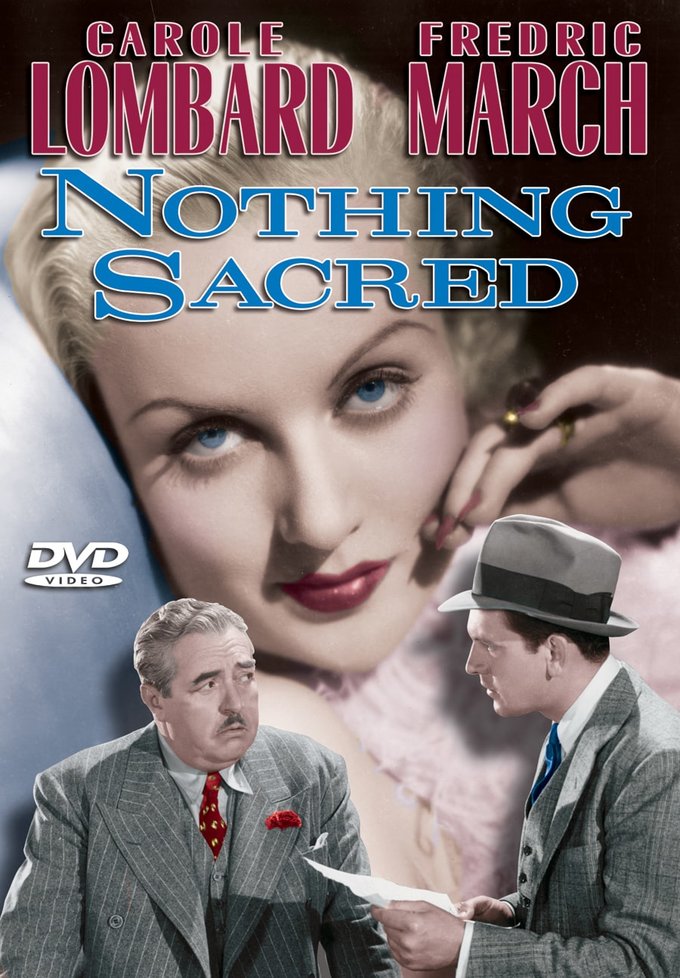 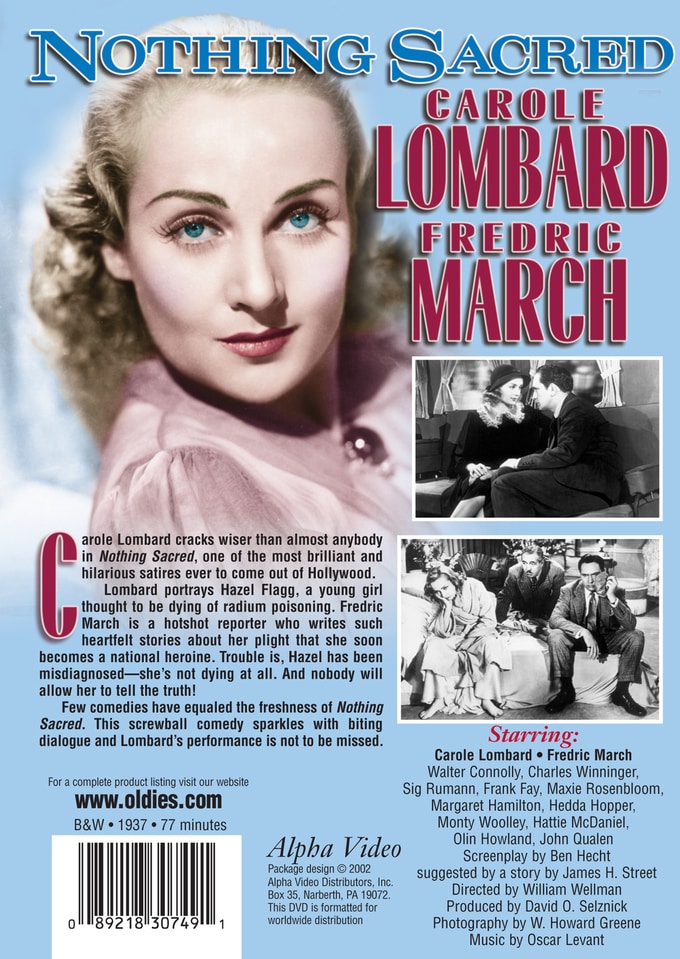 Carole Lombard cracks wiser than almost anybody in Nothing Sacred, one of the most brilliant and hilarious satires ever to come out of Hollywood.

Lombard portrays Hazel Flagg, a young girl thought to be dying of radium poisoning. Fredric March is a hotshot reporter who writes such heartfelt stories about her plight that she soon becomes a national heroine. Trouble is, Hazel has been misdiagnosed; she's not dying at all. And nobody will allow her to tell the truth!

Few comedies have equaled the freshness of Nothing Sacred. This screwball comedy sparkles with biting dialogue and Lombard's performance is not to be missed.

In this classic screwball comedy, Carole Lombard plays Hazel Flagg, a small-town girl who pretends to be dying from radium poisoning so she can win a free trip to New York City. Fredric March plays Wally Cook, the big-city newspaper reporter who sets up the plan by breaking the story and then complicates matters when he falls for Hazel. The result is a marvelous satire, directed by William Wellman and featuring terrific performances from the two leads as well as Charles Winninger and Walter Connolly. Carole Lombard offers up an ironic monologue about the beauty of dying in what was to be one of her last films prior to her real-life ending in a plane crash.

NOTHING SACRED is a lively comedy about a hotshot reporter who exploits the predicted death of a woman to make headlines, who in turn exploits her nonexistent illness to get a free trip to New York.

Classic | Scams And Cons | Vintage | Recommended | Reporters | Satire | Essential Cinema
This product is made-on-demand by the manufacturer using DVD-R recordable media. Almost all DVD players can play DVD-Rs (except for some older models made before 2000) - please consult your owner's manual for formats compatible with your player. These DVD-Rs may not play on all computers or DVD player/recorders. To address this, the manufacturer recommends viewing this product on a DVD player that does not have recording capability.

Customer Rating:
Based on 8232 ratings.


This is the original movie that was later re-made by Jerry Lewis and Dean Martin! Such a good movie - and Carole Lombard is at her best!