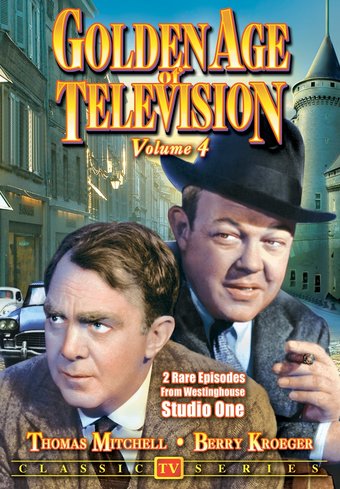 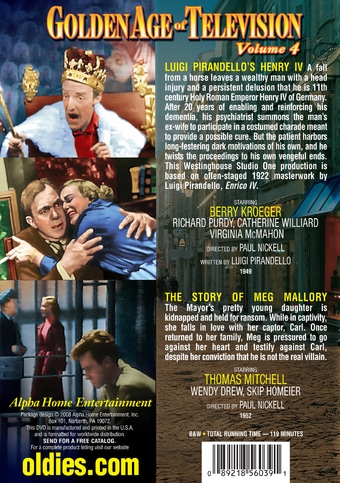 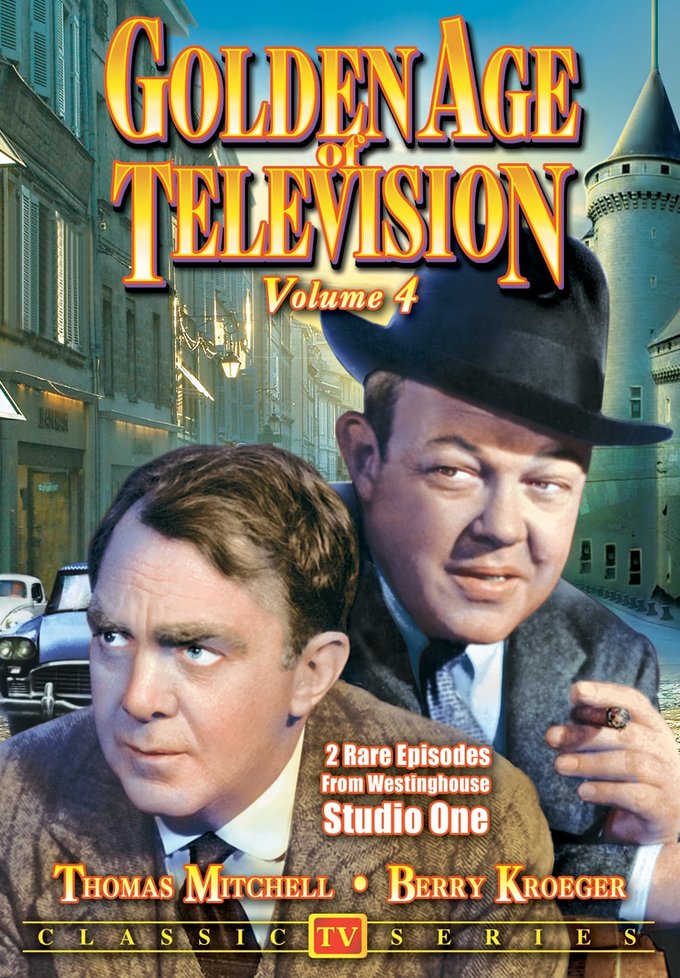 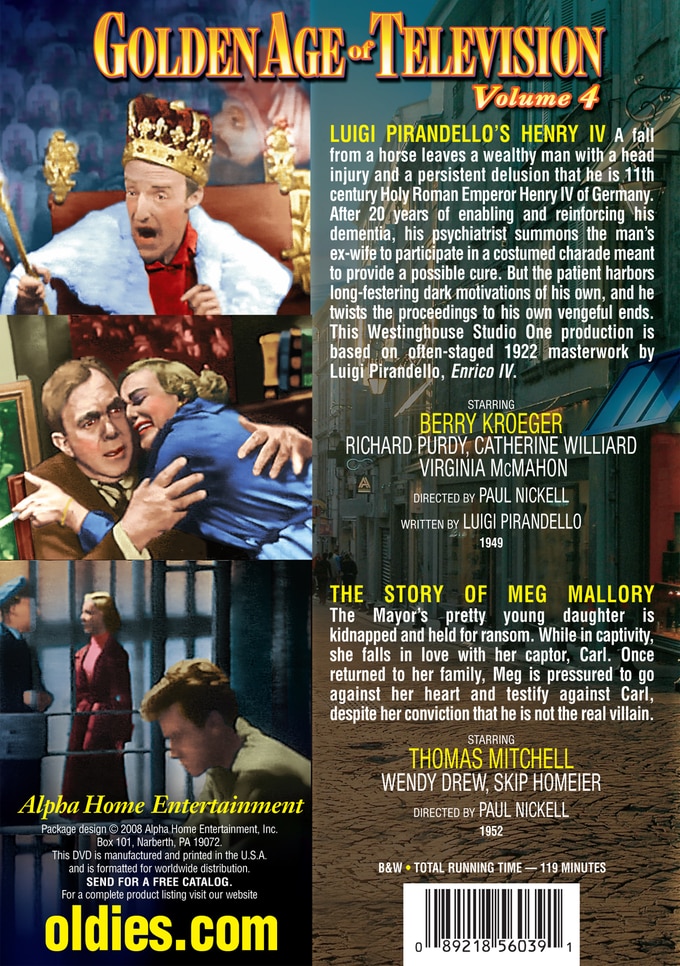 Luigi Pirandello's Henry IV (1949, B&W): A fall from a horse leaves a wealthy man with a head injury and a persistent delusion that he is 11th century Holy Roman Emperor Henry IV of Germany. After 20 years of enabling and reinforcing his dementia, his psychiatrist summons the man's ex-wife to participate in a costumed charade meant to provide a possible cure. But the patient harbors long-festering dark motivations of his own, and he twists the proceedings to his own vengeful ends. This Westinghouse Studio One production is based on often-staged 1922 masterwork by Luigi Pirandello, Enrico IV.

The Story of Meg Mallory (1952, B&W): The Mayor's pretty young daughter is kidnapped and held for ransom. While in captivity, she falls in love with her captor, Carl. Once returned to her family, Meg is pressured to go against her heart and testify against Carl, despite her conviction that he is not the real villain. Starring Thomas Mitchell, Wendy Drew and Skip Homeier; Directed by Paul Nickell.