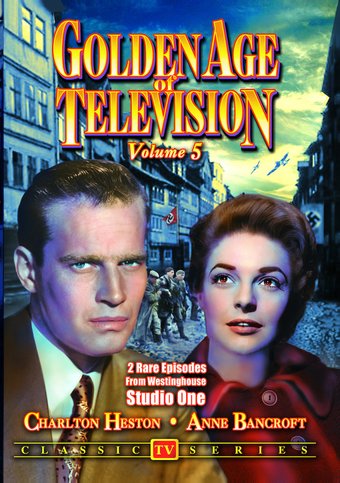 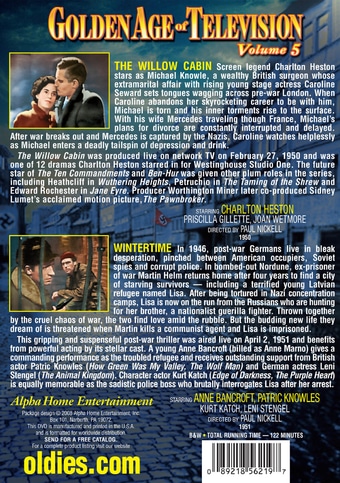 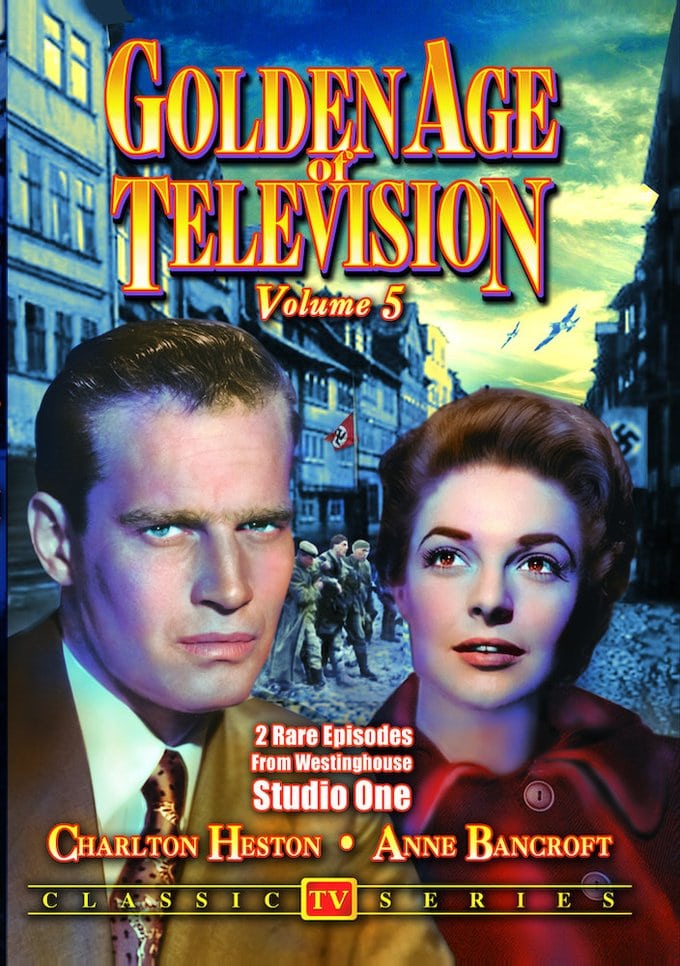 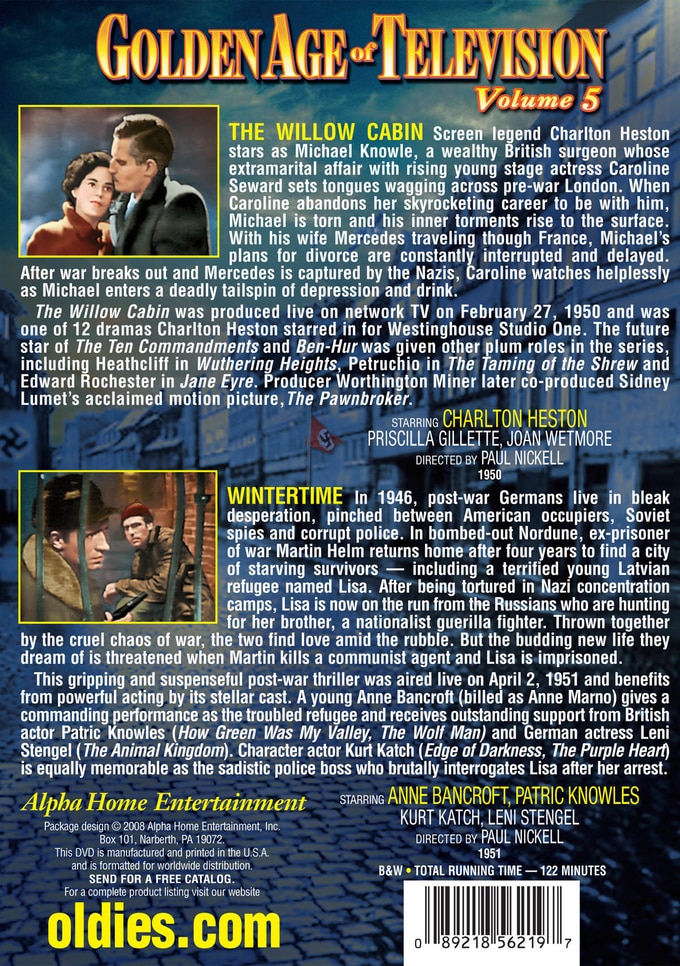 Willow Cabin (1950, B&W): Screen legend Charlton Heston stars as Michael Knowle, a wealthy British surgeon whose extramarital affair with rising young stage actress Caroline Seward sets tongues wagging across pre-war London. When Caroline abandons her skyrocketing career to be with him, Michael is torn and his inner torments rise to the surface. With his wife Mercedes traveling though France, Michael's plans for divorce are constantly interrupted and delayed. After war breaks out and Mercedes is captured by the Nazis, Caroline watches helplessly as Michael enters a deadly tailspin of depression and drink.

The Willow Cabin was produced live on network TV on February 27, 1950 and was one of 12 dramas Charlton Heston starred in for Westinghouse Studio One. The future star of The Ten Commandments and Ben-Hur was given other plum roles in the series, including Heathcliff in Wuthering Heights, Petruchio in The Taming of the Shrew and Edward Rochester in Jane Eyre. Producer Worthington Miner later co-produced Sidney Lumet's acclaimed motion picture, The Pawnbroker.

Wintertime (1951, B&W): In 1946, post-war Germans live in bleak desperation, pinched between American occupiers, Soviet spies and corrupt police. In bombed-out Nordune, ex-prisoner of war Martin Helm returns home after four years to find a city of starving survivors - including a terrified young Latvian refugee named Lisa. After being tortured in Nazi concentration camps, Lisa is now on the run from the Russians who are hunting for her brother, a nationalist guerilla fighter. Thrown together by the cruel chaos of war, the two find love amid the rubble. But the budding new life they dream of is threatened when Martin kills a communist agent and Lisa is imprisoned.

This gripping and suspenseful post-war thriller was aired live on April 2, 1951 and benefits from powerful acting by its stellar cast. A young Anne Bancroft (billed as Anne Marno) gives a commanding performance as the troubled refugee and receives outstanding support from British actor Patric Knowles (How Green Was My Valley, The Wolf Man) and German actress Leni Stengel (The Animal Kingdom). Character actor Kurt Katch (Edge of Darkness, The Purple Heart) is equally memorable as the sadistic police boss who brutally interrogates Lisa after her arrest.

Look back at the heyday of live television with this pair of films produced by Westinghouse Studio One. In WILLOW CABIN, a married American surgeon (Charlton Heston) and a flighty British actress fall in love. But can their love survive the horrors of World War II' Then in WINTERTIME, a sea captain returns home to postwar Germany to find it in ruins, and his shell-shocked fiancee missing a leg. When a lovely Latvian refugee (Anne Bancroft) stows away on his ship, he decides to help her.