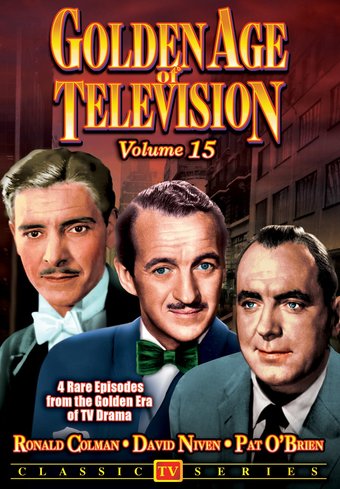 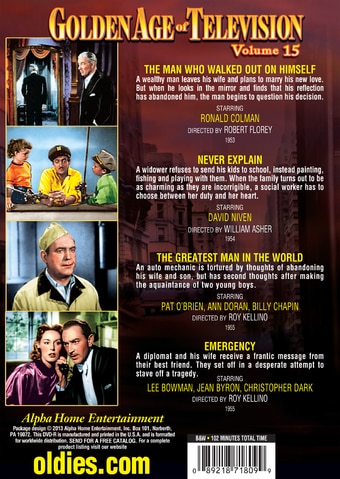 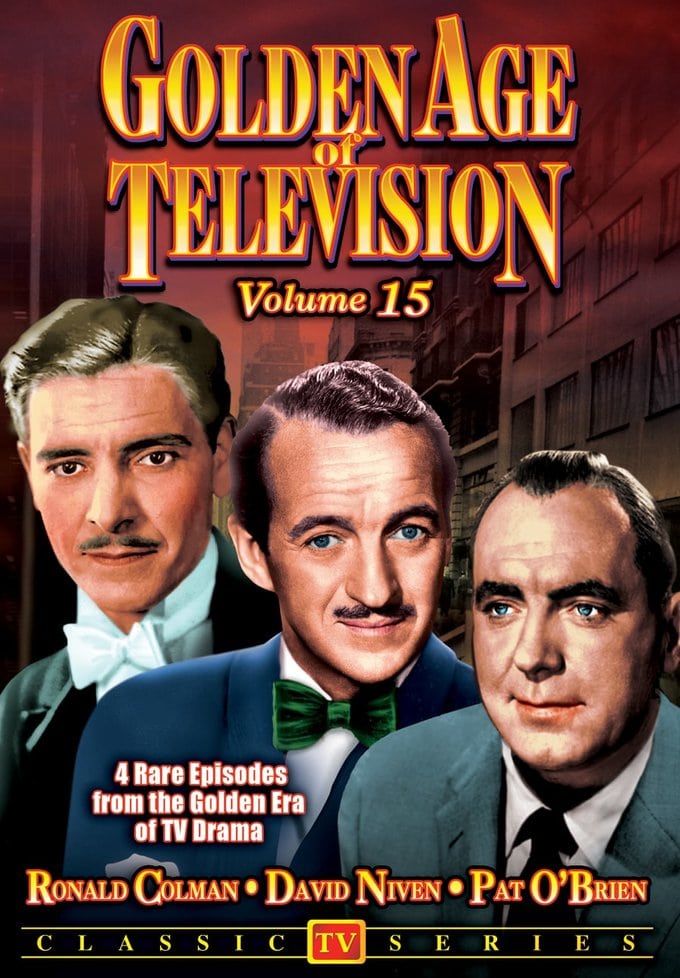 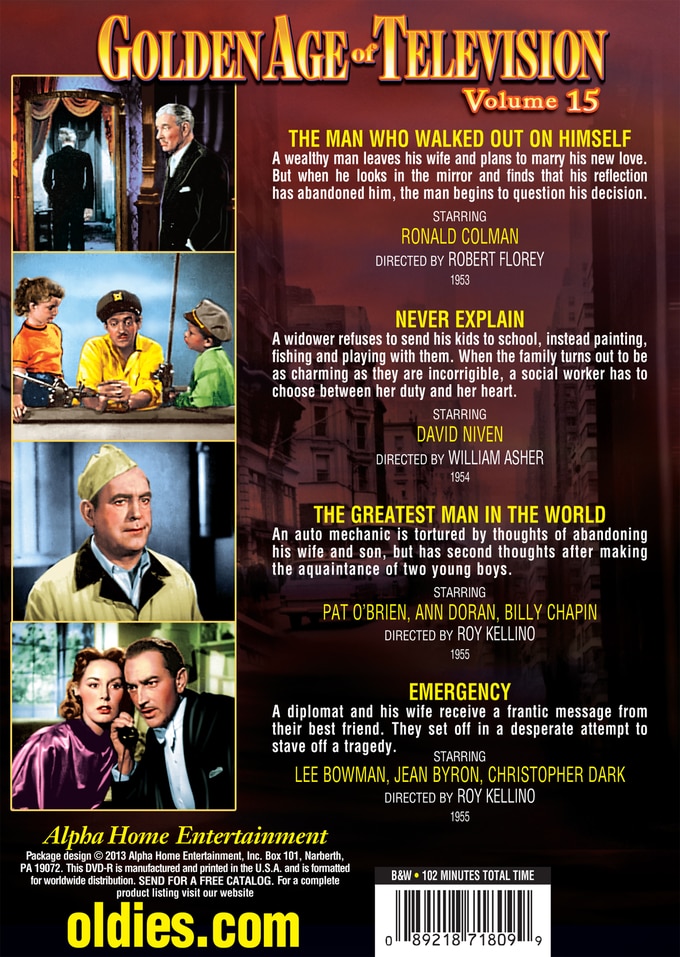 THE MAN WHO WALKED OUT ON HIMSELF (1953): A wealthy man leaves his wife and plans to marry his new love. But when he looks in the mirror and finds that his reflection has abandoned him, the man begins to question his decision.Starring Ronald Colman; Directed by Robert Florey.

NEVER EXPLAIN (1954): A widower refuses to send his kids to school, instead painting, fishing and playing with them. When the family turns out to be as charming as they are incorrigible, a social worker has to choose between her duty and her heart. Starring David Niven; Directed by William Asher.

THE GREATEST MAN IN THE WORLD (1955): An auto mechanic is tortured by thoughts of abandoning his wife and son, but has second thoughts after making the aquaintance of two young boys. Starring Pat O'Brien, Ann Doran, Billy Chapin; Directed by Roy Kellino.

EMERGENCY (1955): A diplomat and his wife receive a frantic message from their best friend. They set off in a desperate attempt to stave off a tragedy. Starring Lee Bowman, Jean Byron, Christopher Dark; Directed by Roy Kellino.