Golden Age of Television - Volume 2: Mr. Mummery's Secret / Away From It All 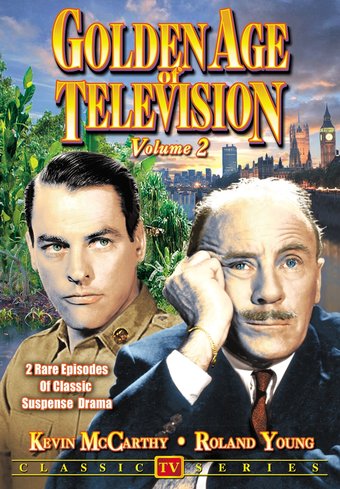 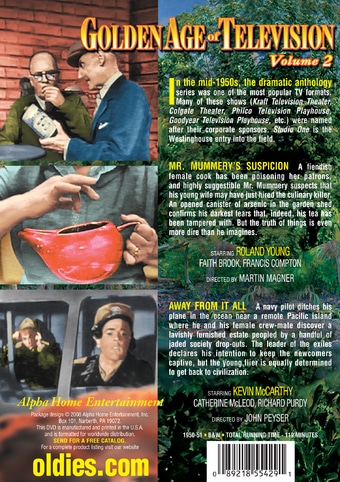 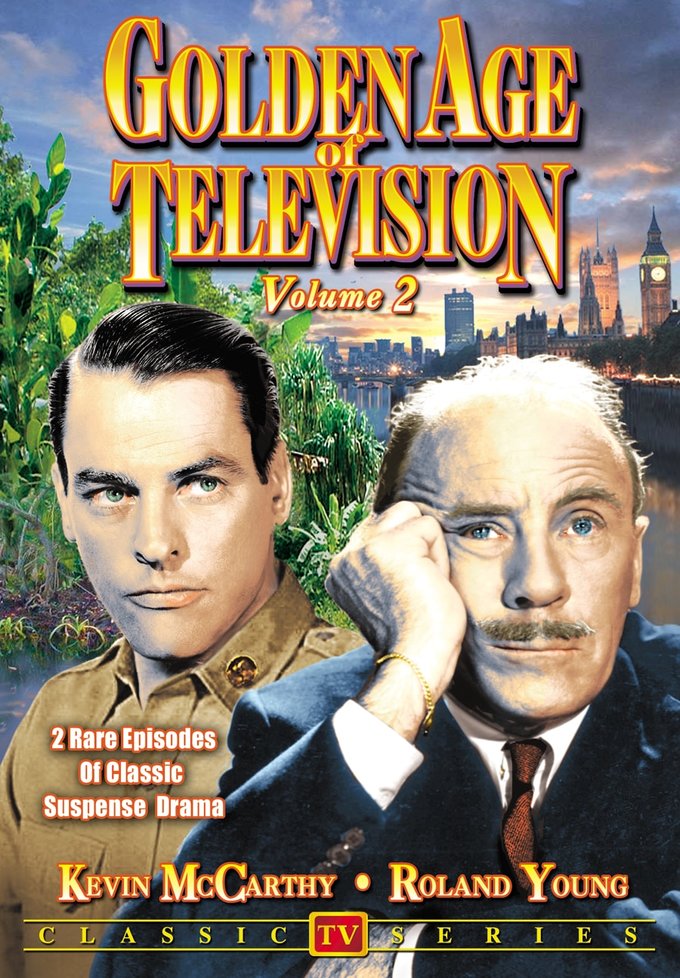 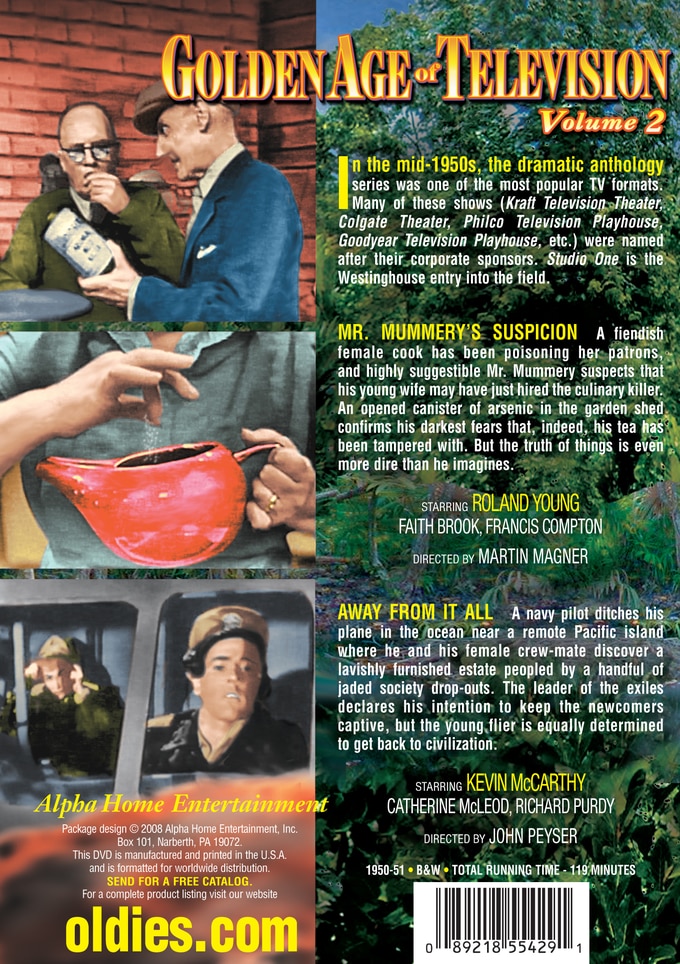 Mr. Mummery's Suspicion: A fiendish female cook has been poisoning her patrons, and highly suggestible Mr. Mummery suspects that his young wife may have just hired the culinary killer. An opened canister of arsenic in the garden shed confirms his darkest fears that, indeed, his tea has been tampered with. But the truth of things is even more dire than he imagines. Starring Roland Young, Faith Brook, Francis Compton; Directed by Martin Magner.

Away From It All: A navy pilot ditches his plane in the ocean near a remote Pacific island where he and his female crew-mate discover a lavishly furnished estate peopled by a handful of jaded society drop-outs. The leader of the exiles declares his intention to keep the newcomers captive, but the young flier is equally determined to get back to civilization. Starring Kevin McCarthy, Catherine McLeod, Richard Purdy; Directed by John Peyser