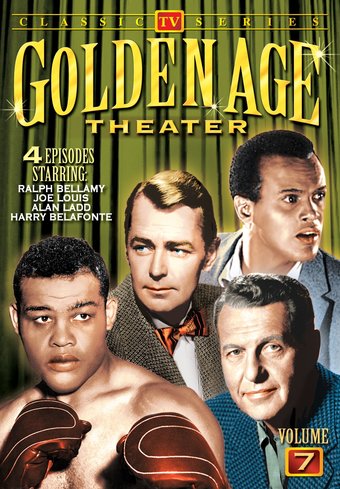 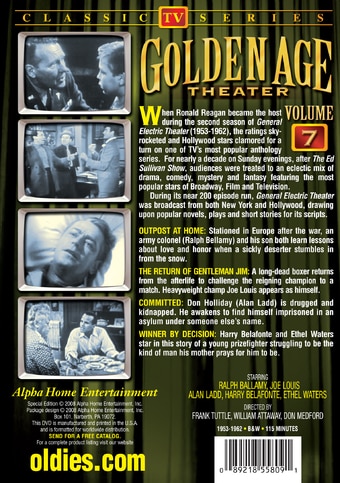 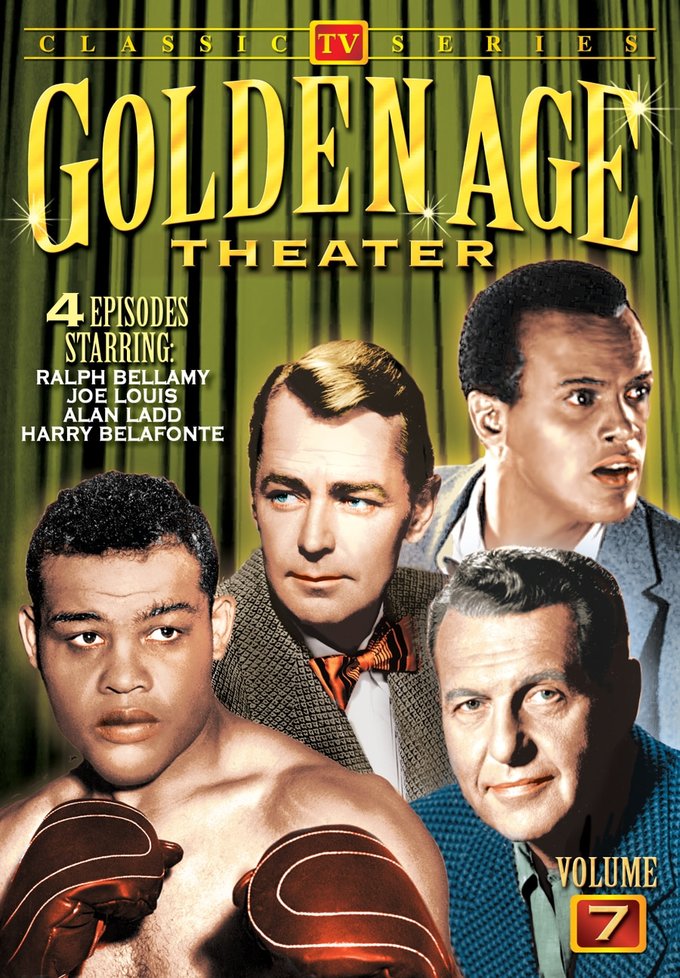 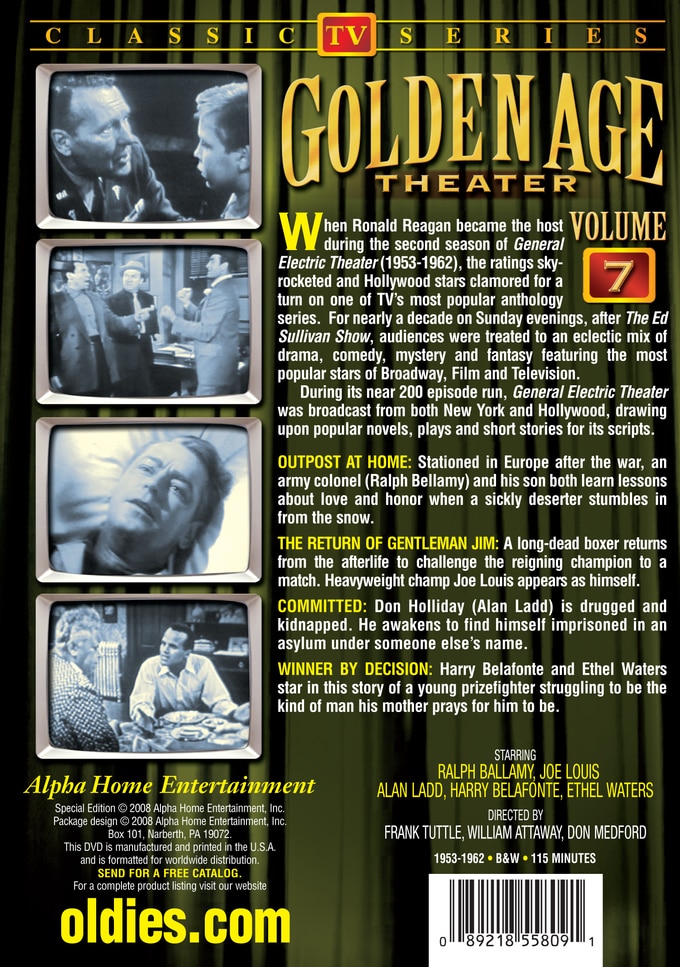 When Ronald Reagan became the host during the second season of "General Electric Theater" (1953-1962), the ratings skyrocketed and Hollywood stars clamored for a turn on one of TV's most popular anthology series. For nearly a decade on Sunday evenings, after "The Ed Sullivan Show," audiences were treated to an eclectic mix of drama, comedy, mystery and fantasy featuring the most popular stars of Broadway, Film and Television. During its near 200 episode run, "General Electric Theater" was broadcast from both New York and Hollywood, drawing upon popular novels, plays and short stories for its scripts.

Outpost-At-Home: Stationed in Europe after the war, an army colonel (Ralph Bellamy) and his son both learn lessons about love and honor when a sickly deserter stumbles in from the snow.

The Return Of Gentleman Jim: A long-dead boxer returns from the afterlife to challenge the reigning champion to a match. Heavyweight champ Joe Louis appears as himself.

Committed: Don Holliday (Alan Ladd) is drugged and kidnapped. He awakens to find himself imprisoned in an asylum under someone else's name.

Winner By Decision: Harry Belafonte and Ethel Waters star in this story of a young prizefighter struggling to be the kind of man his mother prays for him to be.