Two classic shows from the Golden Age of Television drama. 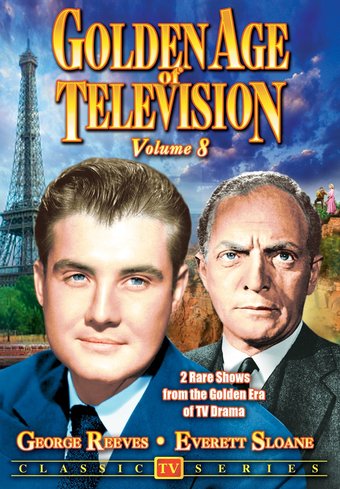 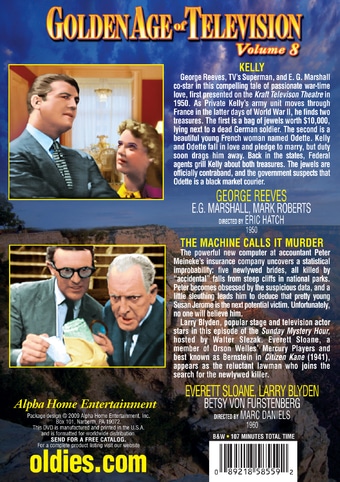 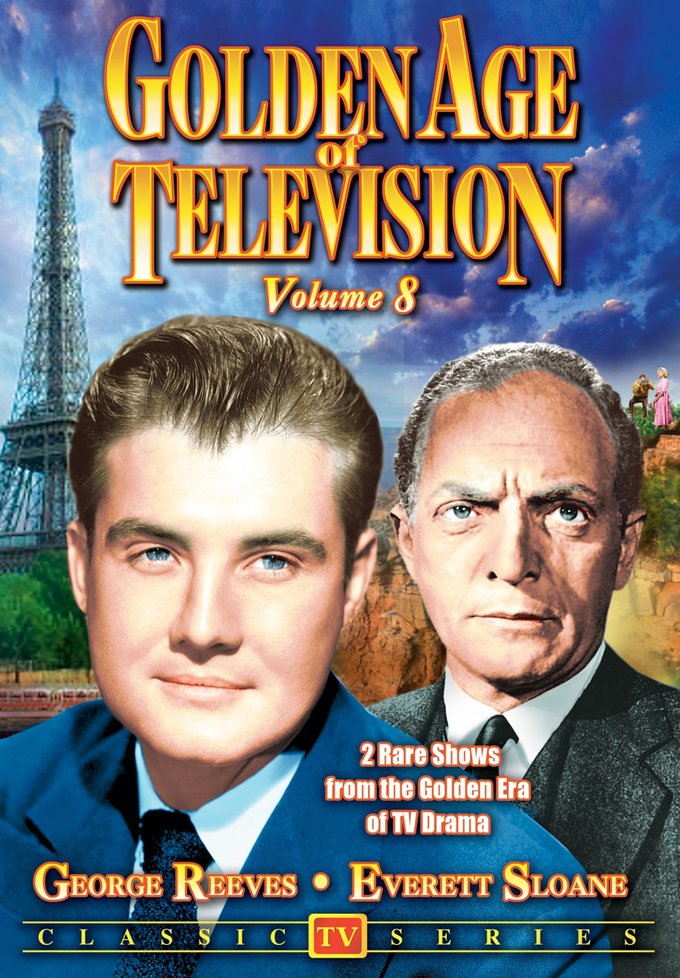 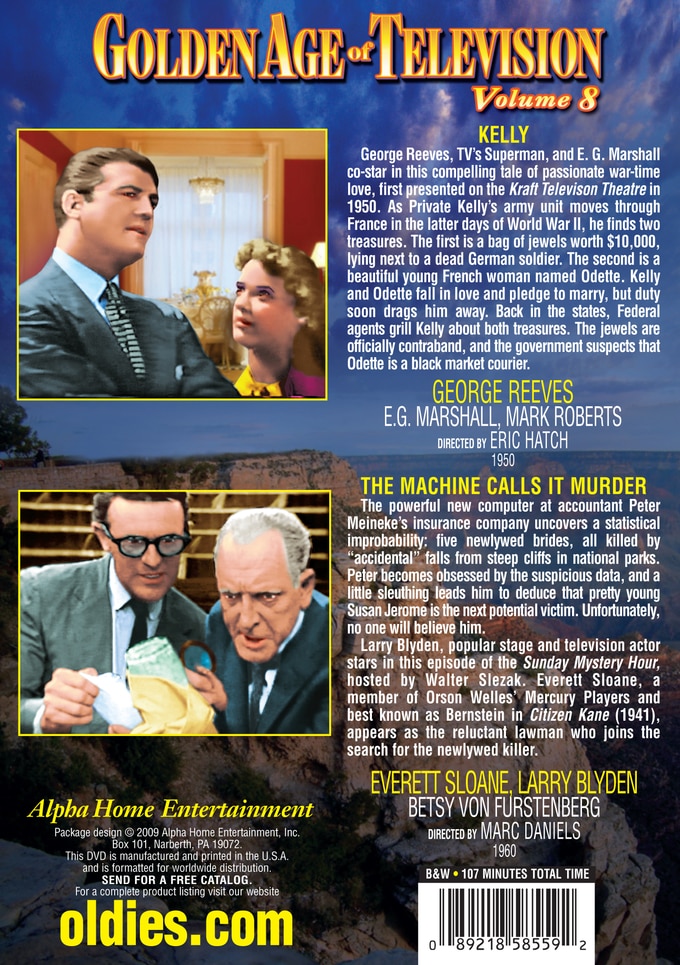 Kelly (1950, B&W): George Reeves, TV's Superman, and E. G. Marshall co-star in this compelling tale of passionate war-time love, first presented on the Kraft Televison Theatre in 1950. As Private Kelly's army unit moves through France in the latter days of World War II, he finds two treasures. The first is a bag of jewels worth $10,000, lying next to a dead German soldier. The second is a beautiful young French woman named Odette. Kelly and Odette fall in love and pledge to marry, but duty soon drags him away. Back in the states, Federal agents grill Kelly about both treasures. The jewels are officially contraband, and the government suspects that Odette is a black market courier.

The Machine Calls It Murder (1960, B&W): The powerful new computer at accountant Peter Meineke's insurance company uncovers a statistical improbability: five newlywed brides, all killed by "accidental" falls from steep cliffs in national parks. Peter becomes obsessed by the suspicious data, and a little sleuthing leads him to deduce that pretty young Susan Jerome is the next potential victim. Unfortunately, no one will believe him.

Larry Blyden, popular stage and television actor stars in this episode of the "Sunday Mystery Hour," hosted by Walter Slezak. Everett Sloane, a member of Orson Welles' Mercury Players and best known as Bernstein in Citizen Kane (1941), appears as the reluctant lawman who joins the search for the newlywed killer.