Golden Age of Television - Volume 6: A Bolt of Lightning / The Rabbitt 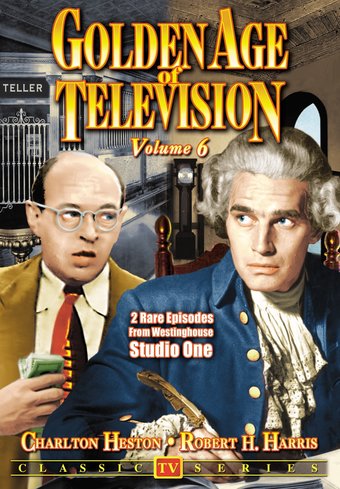 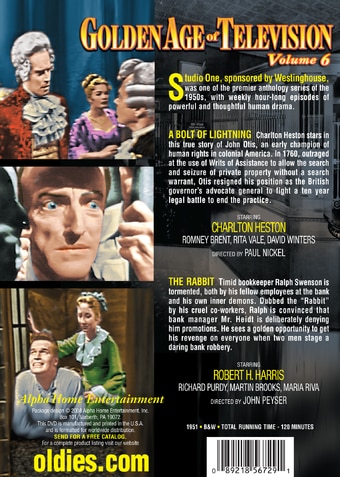 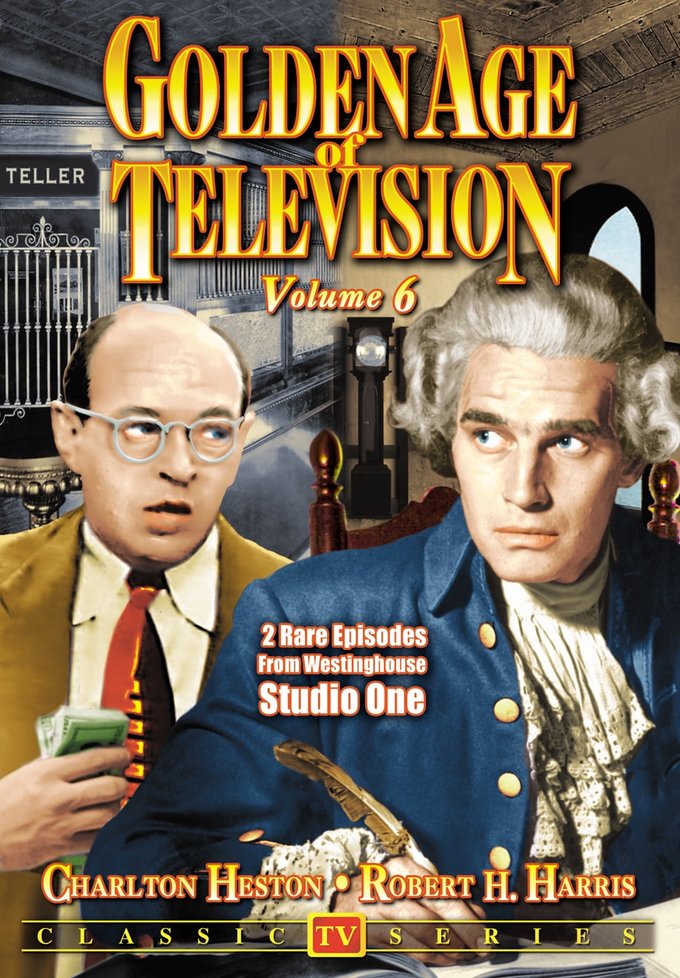 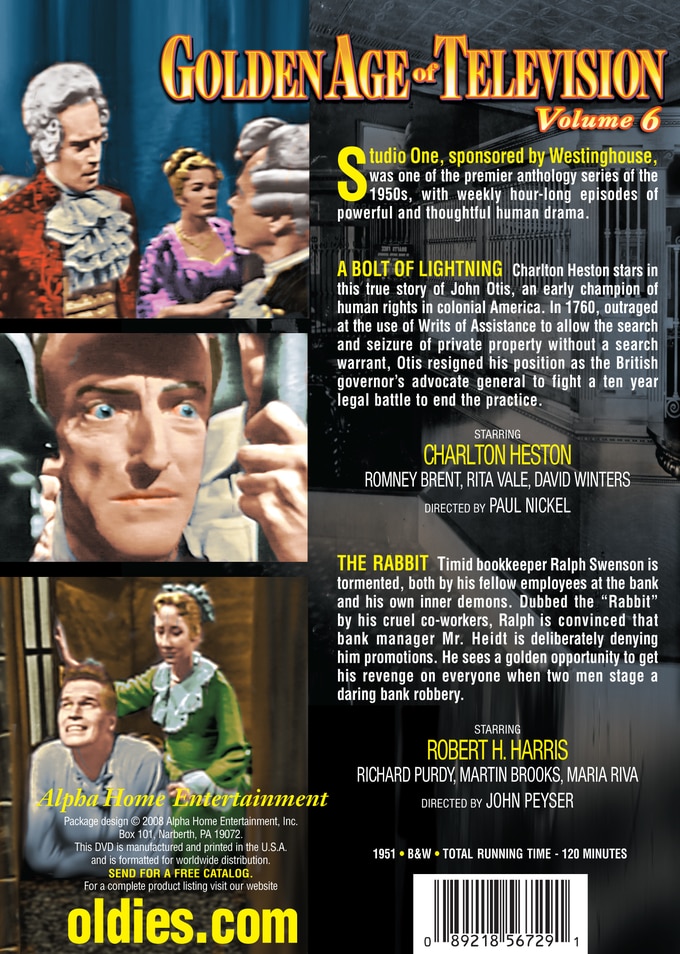 Studio One, sponsored by Westinghouse, was one of the premier anthology series of the 1950s, with weekly hour-long episodes of powerful and thoughtful human drama.

A Bolt Of Lightning (1951, B&W): Charlton Heston stars in this true story of John Otis, an early champion of human rights in colonial America. In 1760, outraged at the use of Writs of Assistance to allow the search and seizure of private property without a search warrant, Otis resigned his position as the British governor's advocate general to fight a ten year legal battle to end the practice.

The Rabbit (1951, B&W): Timid bookkeeper Ralph Swenson is tormented, both by his fellow employees at the bank and his own inner demons. Dubbed the "Rabbit" by his cruel co-workers, Ralph is convinced that bank manager Mr. Heidt is deliberately denying him promotions. He sees a golden opportunity to get his revenge on everyone when two men stage a daring bank robbery.