A mismatched young couple get mixed up in murder. 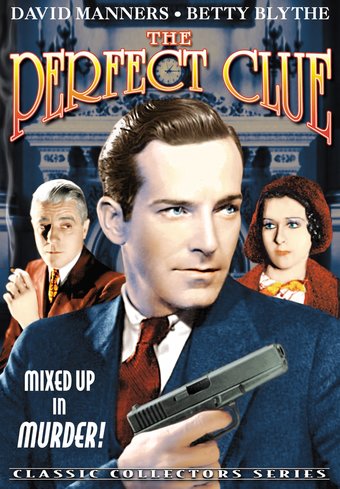 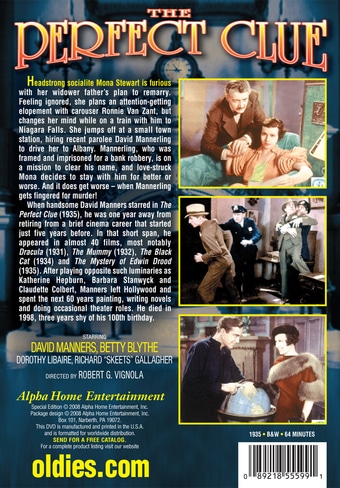 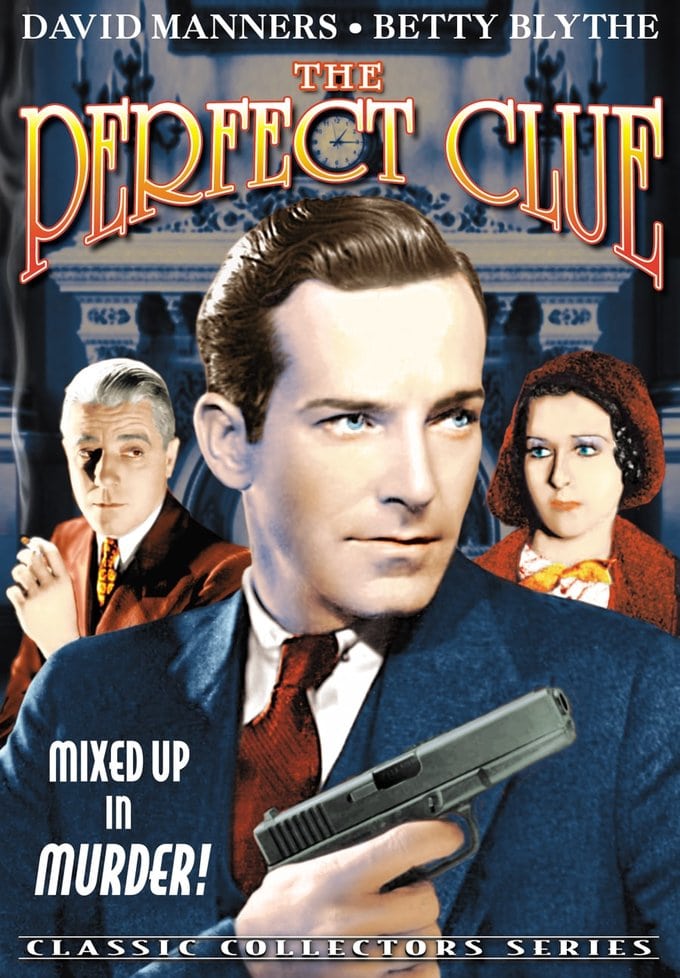 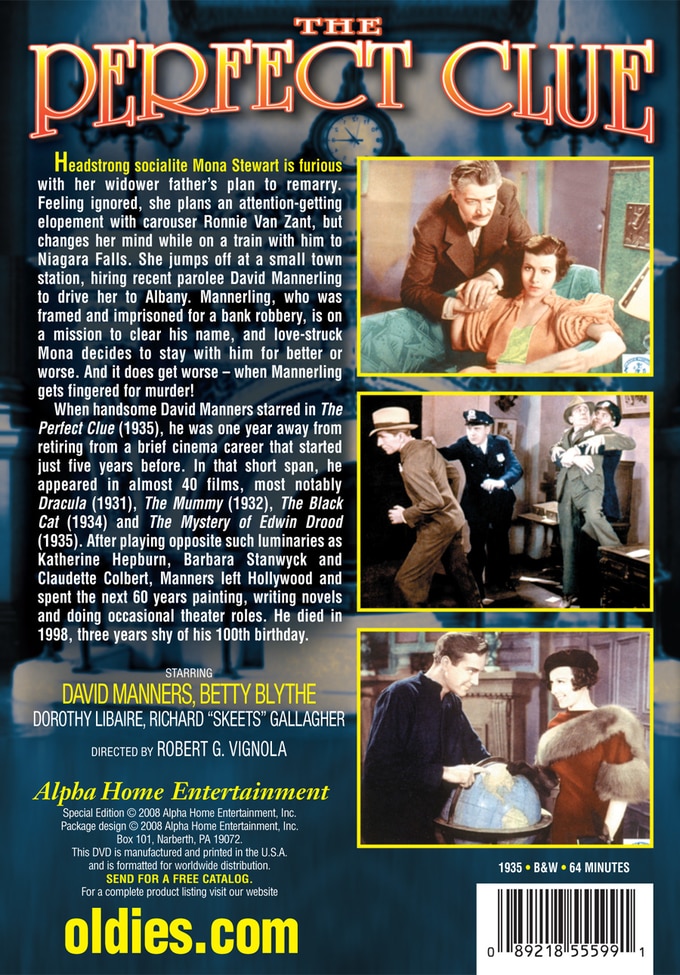 Headstrong socialite Mona Stewart is furious with her widower father's plan to remarry. Feeling ignored, she plans an attention-getting elopement with carouser Ronnie Van Zant, but changes her mind while on a train with him to Niagara Falls. She jumps off at a small town station, hiring recent parolee David Mannerling to drive her to Albany. Mannerling, who was framed and imprisoned for a bank robbery, is on a mission to clear his name, and love-struck Mona decides to stay with him for better or worse. And it does get worse - when Mannerling gets fingered for murder!

When handsome David Manners starred in The Perfect Clue (1935), he was one year away from retiring from a brief cinema career that started just five years before. In that short span, he appeared in almost 40 films, most notably Dracula (1931), The Mummy (1932), The Black Cat (1934) and The Mystery of Edwin Drood (1935). After playing opposite such luminaries as Katherine Hepburn, Barbara Stanwyck and Claudette Colbert, Manners left Hollywood and spent the next 60 years painting, writing novels and doing occasional theater roles. He died in 1998, three years shy of his 100th birthday.

Classic | Romance | Murder Investigations
This product is made-on-demand by the manufacturer using DVD-R recordable media. Almost all DVD players can play DVD-Rs (except for some older models made before 2000) - please consult your owner's manual for formats compatible with your player. These DVD-Rs may not play on all computers or DVD player/recorders. To address this, the manufacturer recommends viewing this product on a DVD player that does not have recording capability.

Customer Rating:
Based on 77 ratings.


Not a bad little sleeper reminiscent of the guy meets spoiled heiress relationhip in "It Happened One Night." Plus, there's a little matter of a murder involved. For its age and the fact that it was turned out by a poverty row studio (Majestic), the print is quite watchable. Snappy dialogue, with misaligned co-stars on the run from law and mobsters alike, keeps your interest right up to the end.