Two small-town newspaper reporters are both after the same thing, a local girl and the real story about a mysterious device. / Douglas Willoughby (Joe E. Brown) is a mild-mannered astrologer who becomes a prizefighter. 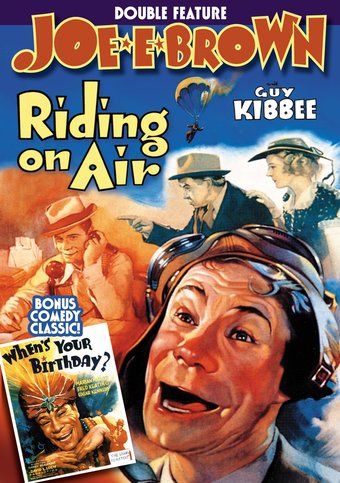 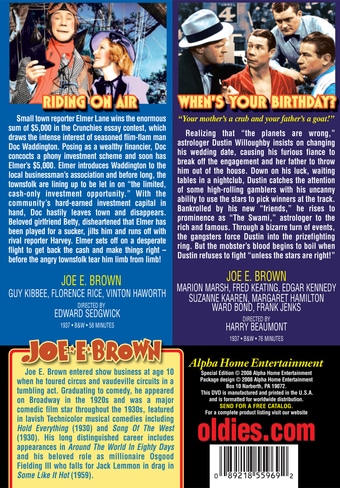 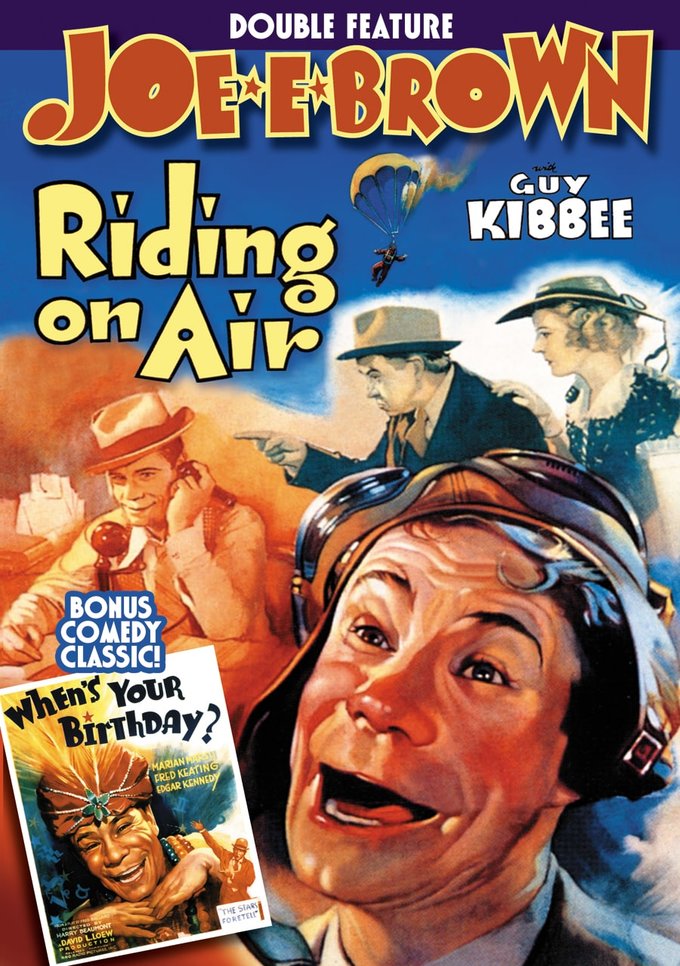 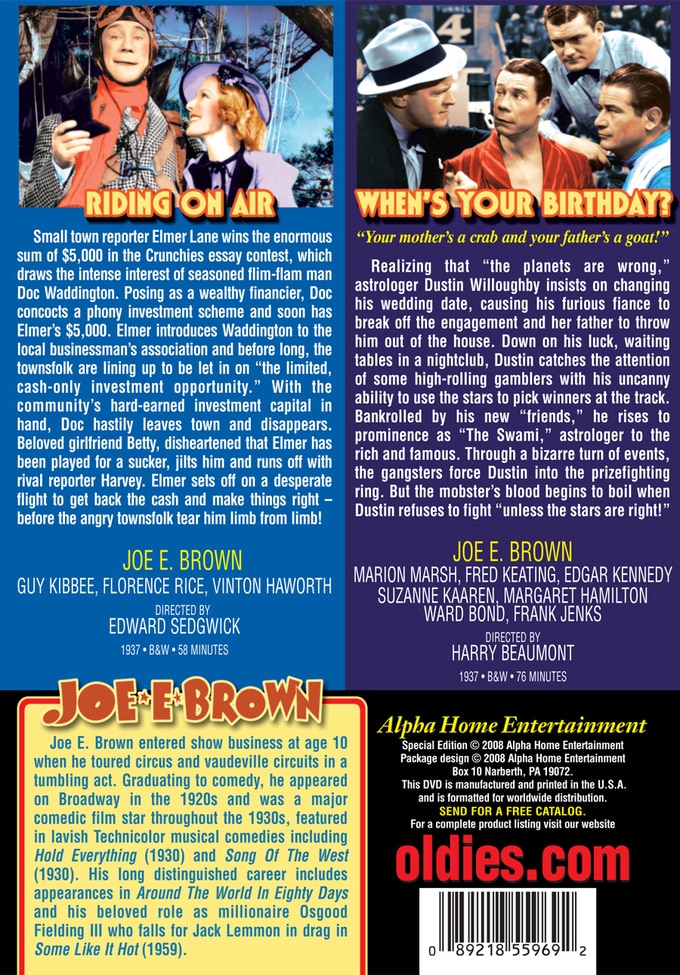 Joe E. Brown entered show business at age 10 when he toured circus and vaudeville circuits in a tumbling act. Graduating to comedy, he appeared on Broadway in the 1920s and was a major comedic film star throughout the 1930s, featured in lavish Technicolor musical comedies including Hold Everything (1930) and Song Of The West (1930). His long distinguished career includes appearances in Around The World In Eighty Days and his beloved role as millionaire Osgood Fielding III who falls for Jack Lemmon in drag in Some Like It Hot (1959).

Riding On Air (1937, B&W, 58 mins): Small town reporter Elmer Lane wins the enormous sum of $5,000 in the Crunchies essay contest, which draws the intense interest of seasoned flim-flam man Doc Waddington. Posing as a wealthy financier, Doc concocts a phony investment scheme and soon has Elmer's $5,000. Elmer introduces Waddington to the local businessman's association and before long, the townsfolk are lining up to be let in on "the limited, cash-only investment opportunity." With the community's hard- earned investment capital in hand, Doc hastily leaves town and disappears. Beloved girlfriend Betty, disheartened that Elmer has been played for a sucker, jilts him and runs off with rival reporter Harvey. Elmer sets off on a desperate flight to get back the cash and make things right - before the angry townsfolk tear him limb from limb!

When's Your Birthday (1937, B&W, 76 mins): "Your mother's a crab and your father's a goat!" Realizing that "the planets are wrong," astrologer Dustin Willoughby insists on changing his wedding date, causing his furious fiance to break off the engagement and her father to throw him out of the house. Down on his luck, waiting tables in a nightclub, Dustin catches the attention of some high-rolling gamblers with his uncanny ability to use the stars to pick winners at the track. Bankrolled by his new "friends," he rises to prominence as "The Swami," astrologer to the rich and famous. Through a bizarre turn of events, the gangsters force Dustin into the prizefighting ring. But the mobster's blood begins to boil when Dustin refuses to fight "unless the stars are right!"

Vintage | Reporters | Gambling
This product is made-on-demand by the manufacturer using DVD-R recordable media. Almost all DVD players can play DVD-Rs (except for some older models made before 2000) - please consult your owner's manual for formats compatible with your player. These DVD-Rs may not play on all computers or DVD player/recorders. To address this, the manufacturer recommends viewing this product on a DVD player that does not have recording capability.