No Hands on the Clock

While on his honeymoon, an investigator is suckered into participating in a missing persons case. 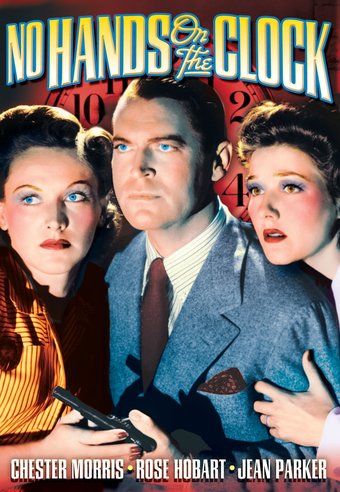 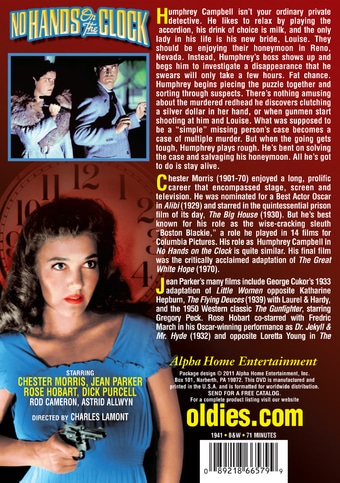 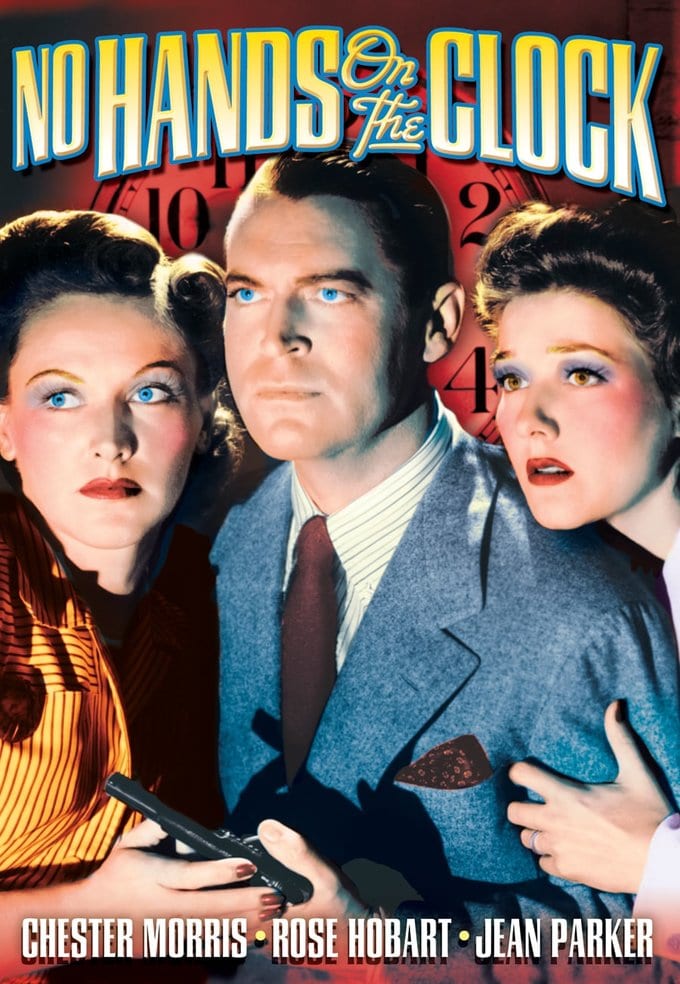 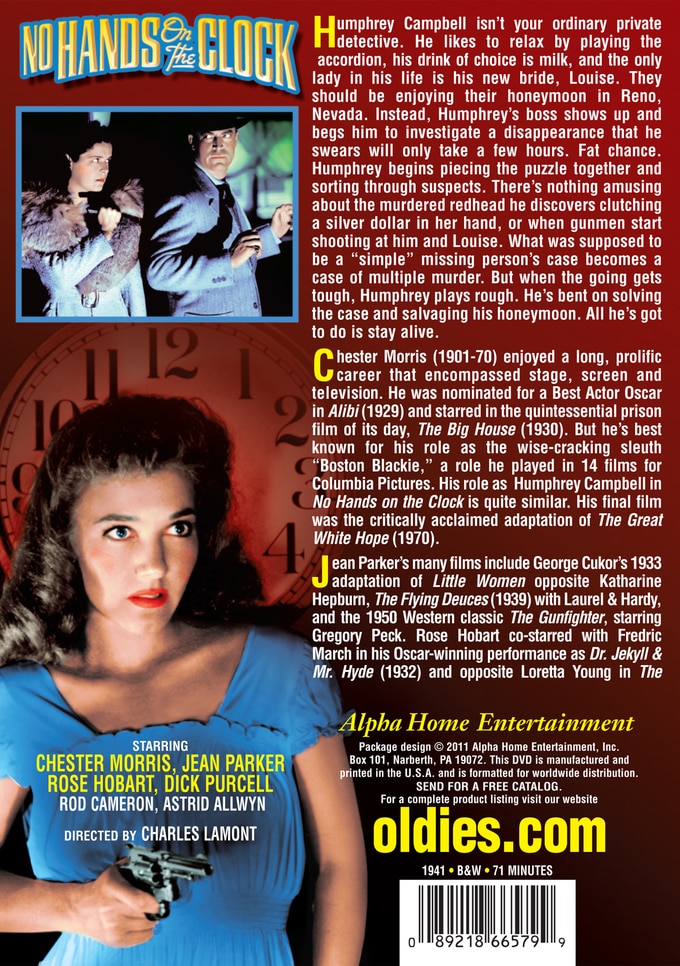 Humphrey Campbell isn't your ordinary private detective. He likes to relax by playing the accordion, his drink of choice is milk, and the only lady in his life is his new bride, Louise. They should be enjoying their honeymoon in Reno, Nevada. Instead, Humphrey's boss shows up and begs him to investigate a disappearance that he swears will only take a few hours. Fat chance. Humphrey begins piecing the puzzle together and sorting through suspects. There's nothing amusing about the murdered redhead he discovers clutching a silver dollar in her hand, or when gunmen start shooting at him and Louise. What was supposed to be a "simple" missing person's case becomes a case of multiple murder. But when the going gets tough, Humphrey plays rough. He's bent on solving the case and salvaging his honeymoon. All he's got to do is stay alive.

Chester Morris (1901-70) enjoyed a long, prolific career that encompassed stage, screen and television. He was nominated for a Best Actor Oscar for Alibi (1929) and starred in the quintessential prison film of its day, The Big House (1930). But he's best known for his role as the wise-cracking sleuth "Boston Blackie," a role he played in 14 films for Columbia Pictures. His role as Humphrey Campbell in No Hands on the Clock is quite similar. His final film was the critically acclaimed adaptation of The Great White Hope (1970). Jean Parker's many films include George Cukor's 1933 adaptation of Little Women opposite Katharine Hepburn, The Flying Deuces (1939) with Laurel & Hardy, and the 1950 Western classic The Gunfighter, starring Gregory Peck. Rose Hobart co-starred with Fredric March in his Oscar-winning performance as Dr. Jekyll & Mr. Hyde (1932) and opposite Loretta Young in The Farmer's Daughter (1947).

Detective Chester Morris and his nosy wife Jean Parker set up housekeeping in a small Reno hotel room, whence Morris conducts his investigation of a kidnap case. It appears that the abduction has some tenuous connection with a recent bank robbery. As Morris digs deeper, he finds that virtually all of his neighbors either have something to do with cases at hand, or else they have something to hide. Its screenplay sticking fairly closely to the source novel by Daniel Mainwaring (writing under the pseudonym of Geoffrey Holmes), NO HANDS ON THE CLOCK is a rare foray into mystery for Paramount's action-picture production team of Pine and Thomas. The title refers to a handless clock hanging inside a Reno mortuary--which of course turns out to be a vital clue.

Kidnapping And Missing Persons | Mystery | Thriller | Detective | Kidnapping
This product is made-on-demand by the manufacturer using DVD-R recordable media. Almost all DVD players can play DVD-Rs (except for some older models made before 2000) - please consult your owner's manual for formats compatible with your player. These DVD-Rs may not play on all computers or DVD player/recorders. To address this, the manufacturer recommends viewing this product on a DVD player that does not have recording capability.