Two rival newspaper editors try to avoid being implicated in a murder by hiding the corpse. 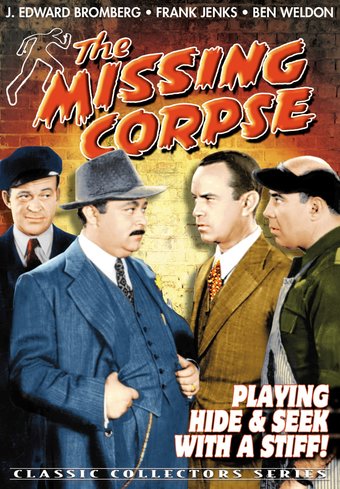 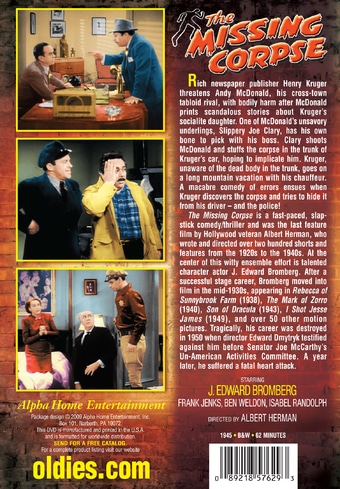 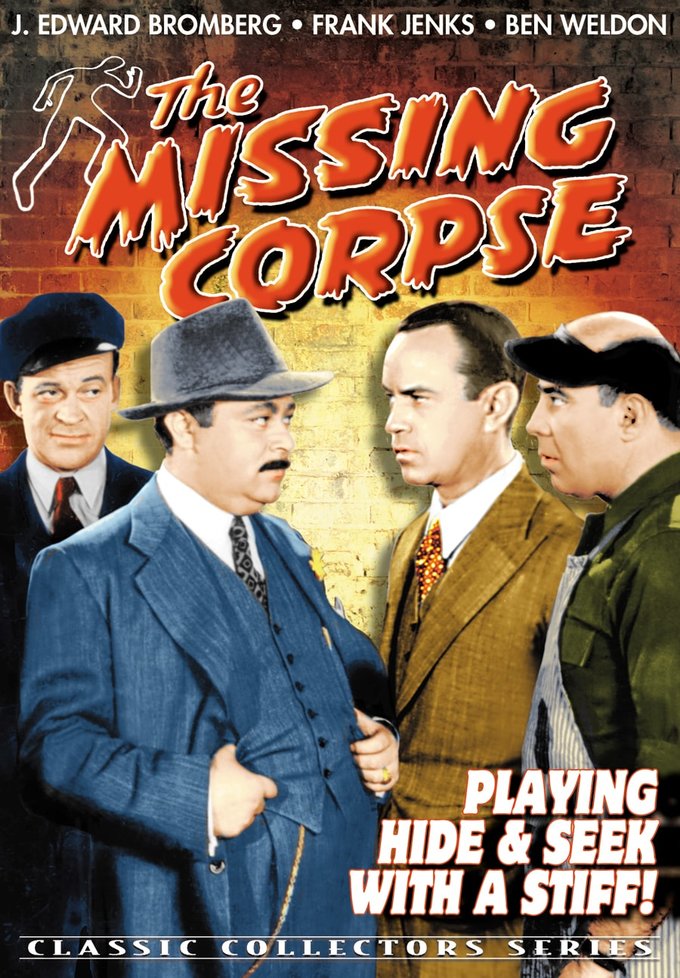 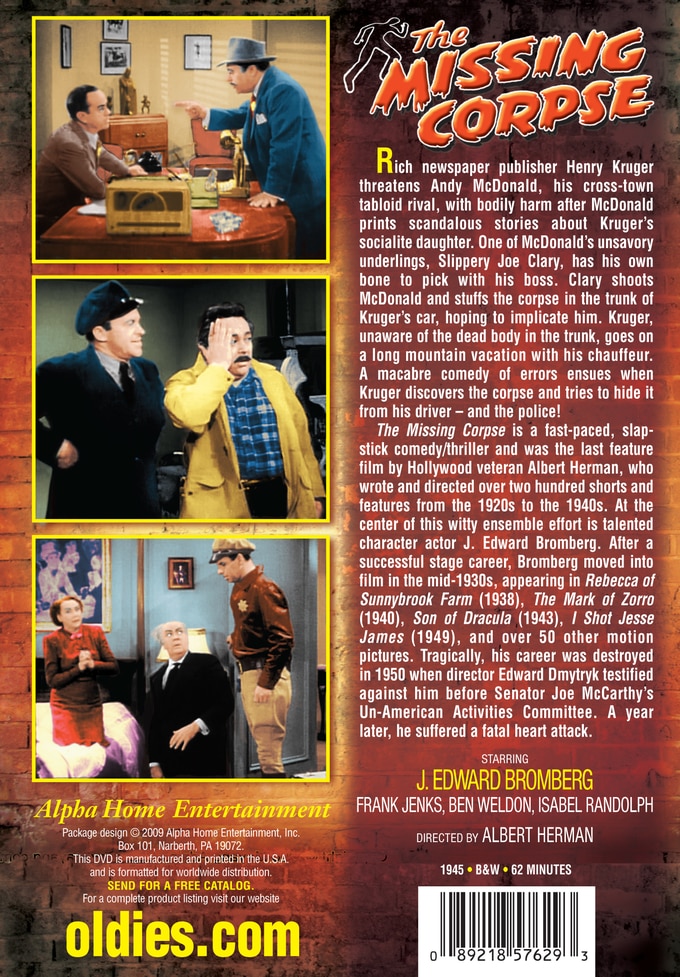 Rich newspaper publisher Henry Kruger threatens Andy McDonald, his cross-town tabloid rival, with bodily harm after McDonald prints scandalous stories about Kruger's socialite daughter. One of McDonald's unsavory underlings, Slippery Joe Clary, has his own bone to pick with his boss. Clary shoots McDonald and stuffs the corpse in the trunk of Kruger's car, hoping to implicate him. Kruger, unaware of the dead body in the trunk, goes on a long mountain vacation with his chauffeur. A macabre comedy of errors ensues when Kruger discovers the corpse and tries to hide it from his driver - and the police!

The Missing Corpse is a fast-paced, slapstick comedy/thriller and was the last feature film by Hollywood veteran Albert Herman, who wrote and directed over two hundred shorts and features from the 1920s to the 1940s. At the center of this witty ensemble effort is talented character actor J. Edward Bromberg. After a successful stage career, Bromberg moved into film in the mid-1930s, appearing in Rebecca of Sunnybrook Farm (1938), The Mark of Zorro (1940), Son of Dracula (1943), I Shot Jesse James (1949), and over 50 other motion pictures. Tragically, his career was destroyed in 1950 when director Edward Dmytryk testified against him before Senator Joe McCarthy's Un-American Activities Committee. A year later, he suffered a fatal heart attack.

A breezy, fast-paced suspense-comedy about a newspaperman who fears being implicated when his chief rival is murdered - so he hides the body!

Mystery | Suspense | Thriller | Vintage | Murder | Film Noir
This product is made-on-demand by the manufacturer using DVD-R recordable media. Almost all DVD players can play DVD-Rs (except for some older models made before 2000) - please consult your owner's manual for formats compatible with your player. These DVD-Rs may not play on all computers or DVD player/recorders. To address this, the manufacturer recommends viewing this product on a DVD player that does not have recording capability.