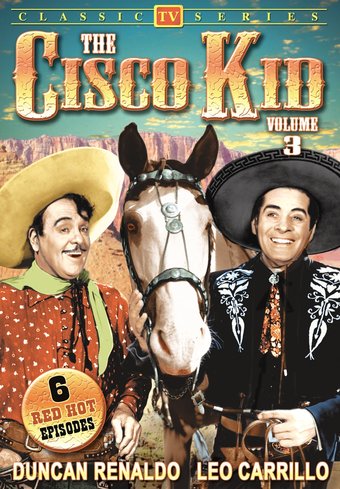 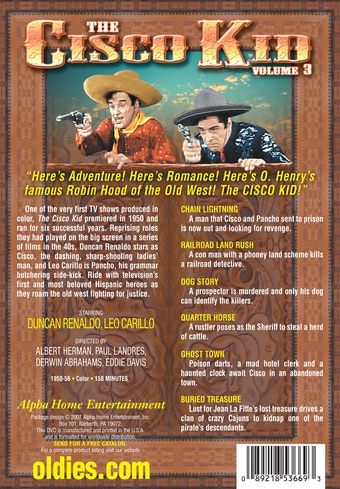 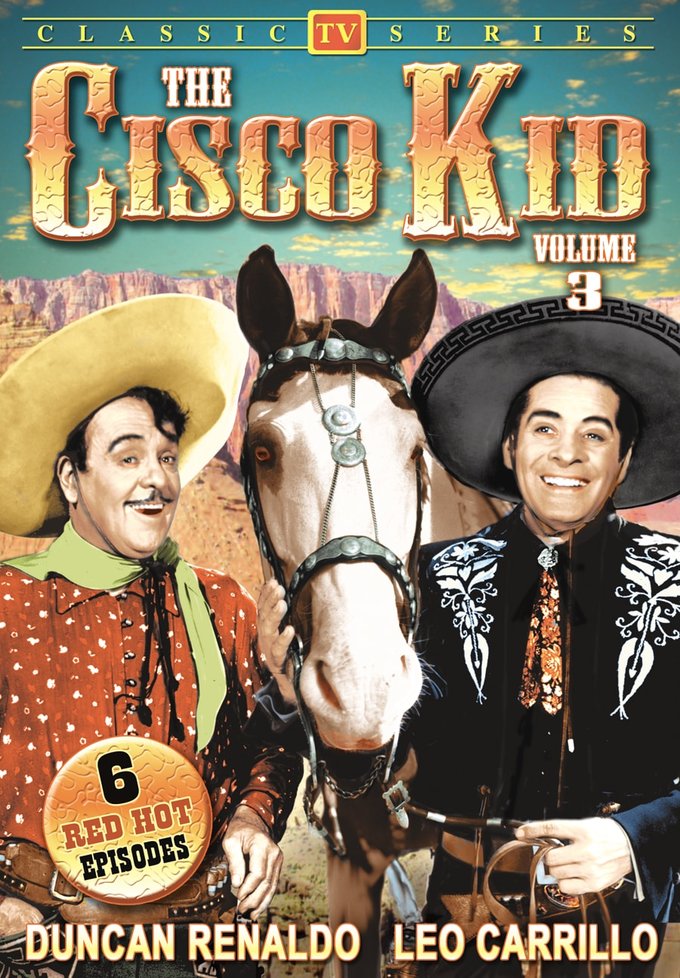 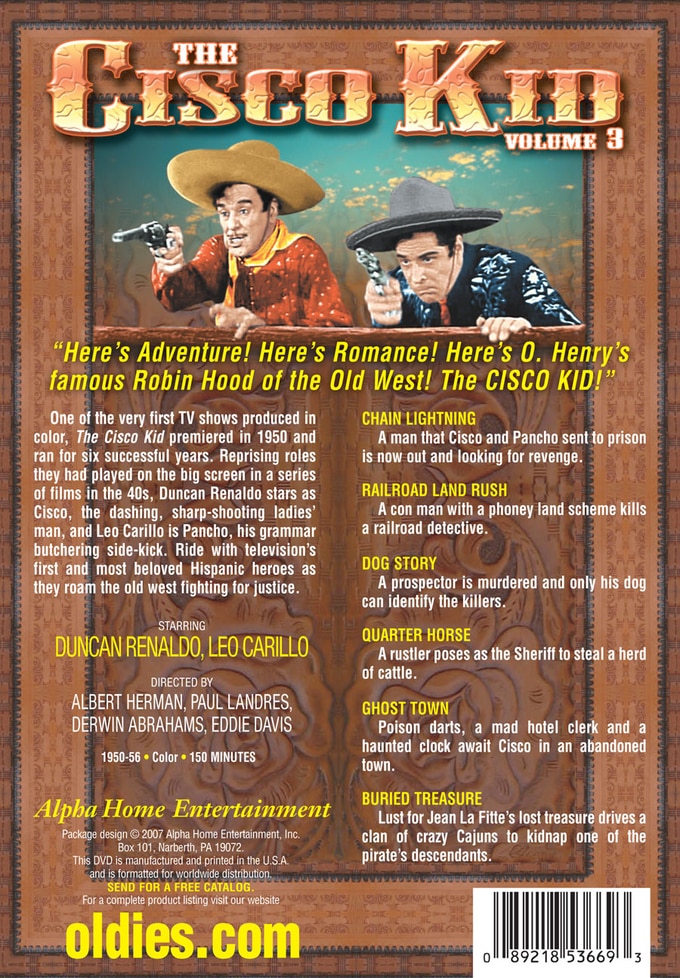 One of the very first TV shows produced in color, "The Cisco Kid" premiered in 1950 and ran for six successful years. Reprising roles they had played on the big screen in a series of films in the 40s, Duncan Renaldo stars as Cisco, the dashing, sharp-shooting ladies' man, and Leo Carillo is Pancho, his grammar butchering side-kick. Ride with television's first and most beloved Hispanic heroes as they roam the old west fighting for justice.

Chain Lightning: A man that Cisco and Pancho sent to prison is now out and looking for revenge.

Dog Story: A prospector is murdered and only his dog can identify the killers.

Quarter Horse: A rustler poses as the Sheriff to steal a herd of cattle.

Buried Treasure: Lust for Jean La Fitte's lost treasure drives a clan of crazy Cajuns to kidnap one of the pirate's descendants.