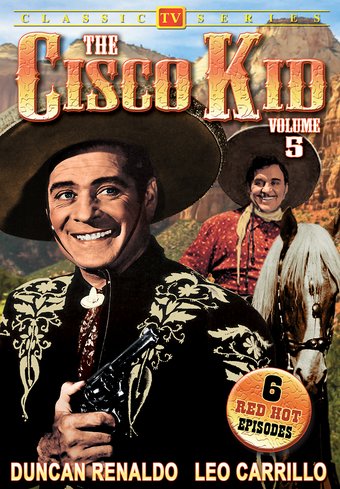 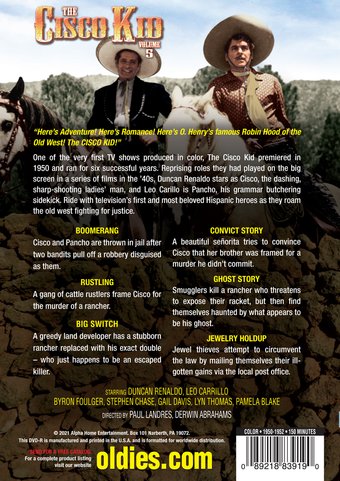 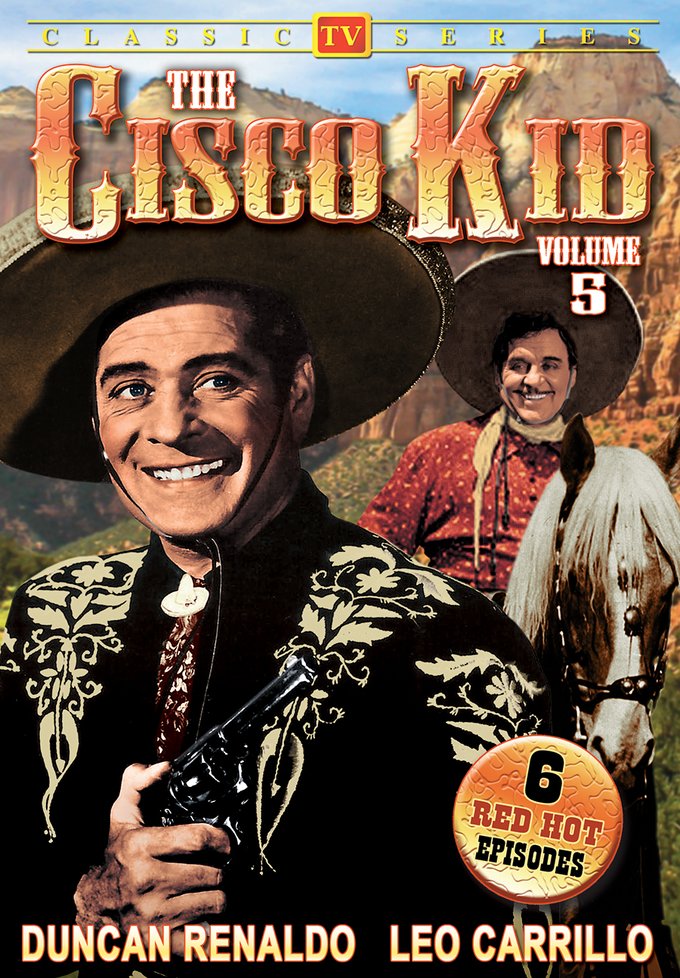 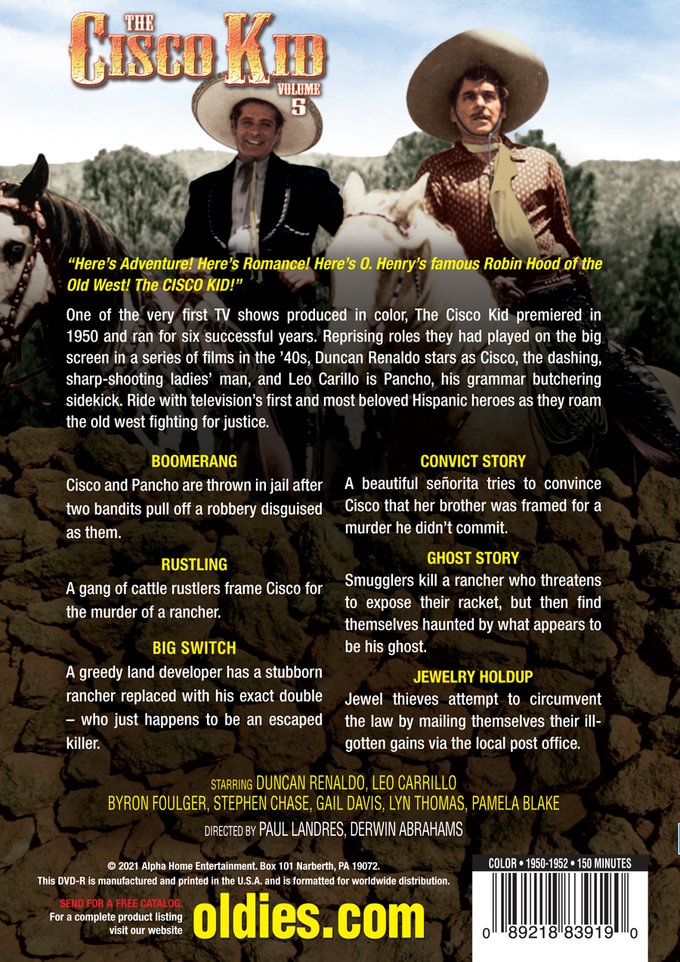 One of the very first TV shows produced in color, The Cisco Kid premiered in 1950 and ran for six successful years. Reprising roles they had played on the big screen in a series of films in the 40s, Duncan Renaldo stars as Cisco, the dashing, sharp-shooting ladies' man, and Leo Carrillo is Pancho, his grammar-butchering sidekick. Ride with television's first and most beloved Hispanic heroes as they roam the old west fighting for justice.

BOOMERANG: Cisco and Pancho are thrown in jail after two bandits pull off a robbery disguised as them.

RUSTLING: A gang of cattle rustlers frame Cisco for the murder of a rancher.

BIG SWITCH: A greedy land developer has a stubborn rancher replaced with his exact double - who just happens to be an escaped killer.

CONVICT STORY: A beautiful señorita tries to convince Cisco that her brother was framed for a murder he didn't commit.

GHOST STORY: Smugglers kill a rancher who threatens to expose their racket, but then find themselves haunted by what appears to be his ghost.

JEWELRY HOLDUP: Jewel thieves attempt to circumvent the law by mailing themselves their ill-gotten gains via the local post office.