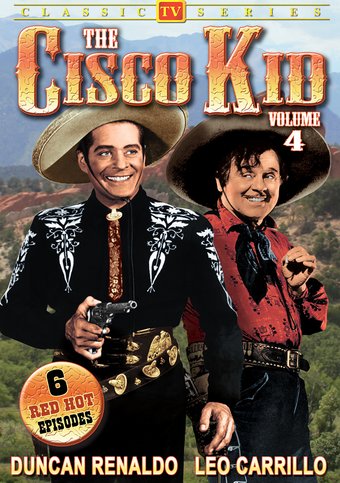 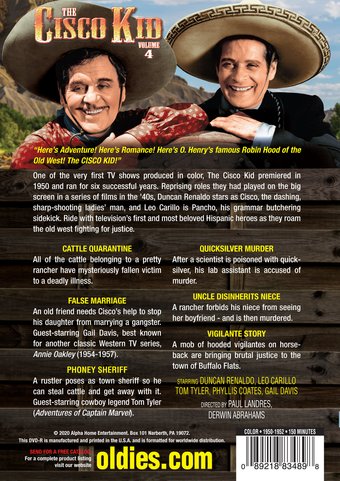 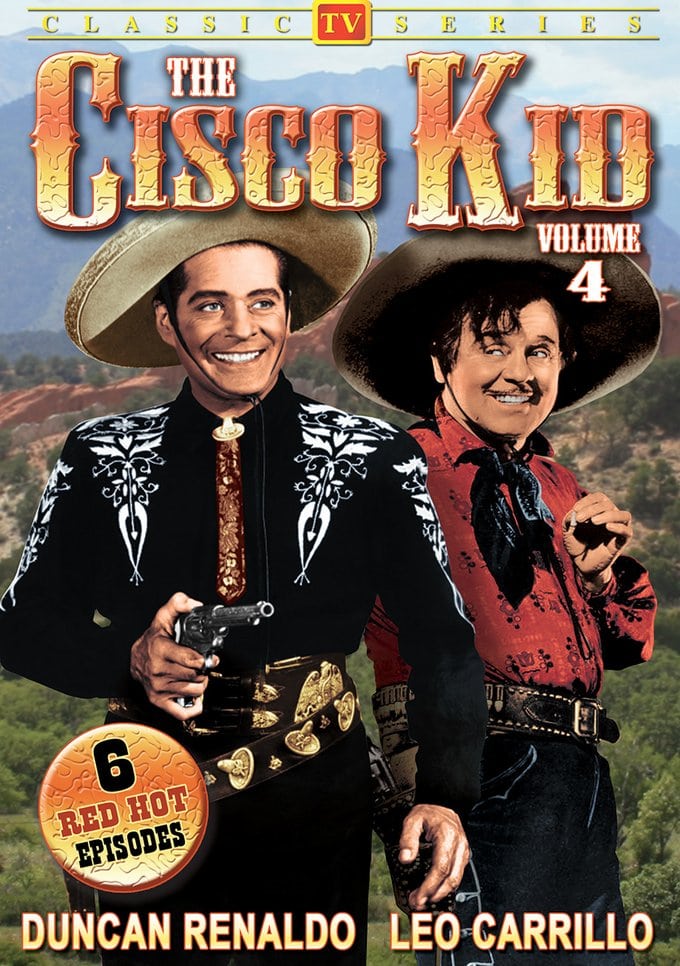 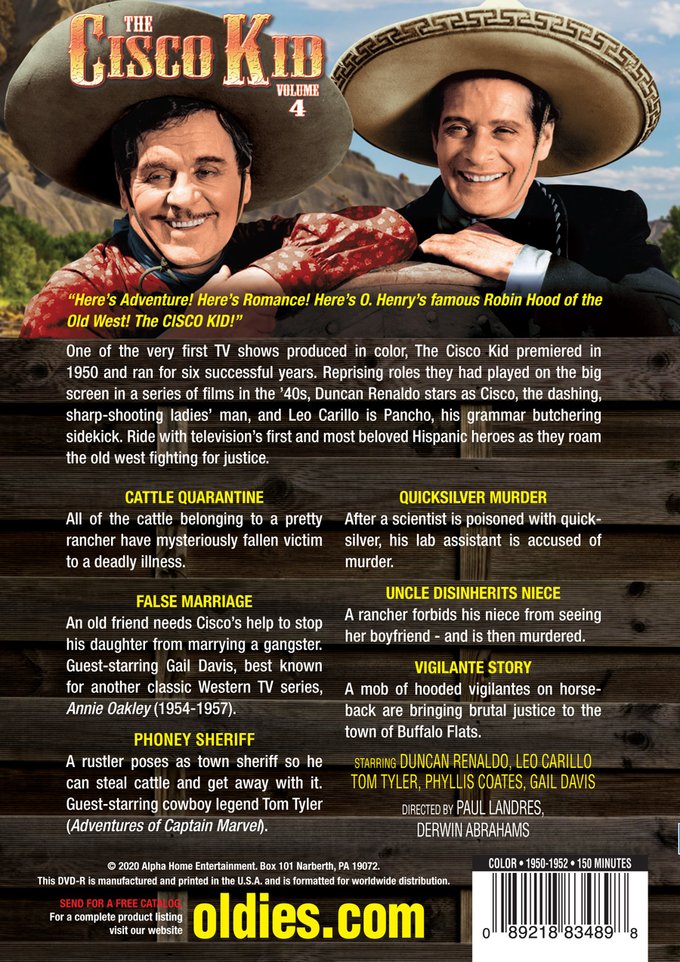 One of the very first TV shows produced in color, The Cisco Kid premiered in 1950 and ran for six successful years. Reprising roles they had played on the big screen in a series of films in the 40s, Duncan Renaldo stars as Cisco, the dashing, sharp-shooting ladies' man, and Leo Carillo is Pancho, his grammar butchering side-kick. Ride with television's first and most beloved Hispanic heroes as they roam the old west fighting for justice.

CATTLE QUARANTINE: All the cattle belonging to a pretty rancher have fallen victim to a mysterious illness.

PHONEY SHERIFF: A rustler poses as town sheriff so he can steal cattle and get away with it. Guest-starring cowboy legend Tom Tyler (Adventures of Captain Marvel.)

QUICKSILVER MURDER: After a scientist is poisoned with quicksilver, his lab assistant is accused of murder.

UNCLE DISINHERITS NIECE: A rancher forbids his niece from seeing her boyfriend - and is then murdered.

VIGILANTE STORY: A mob of hooded vigilantes on horseback are bringing brutal justice to the town of Buffalo Flats.